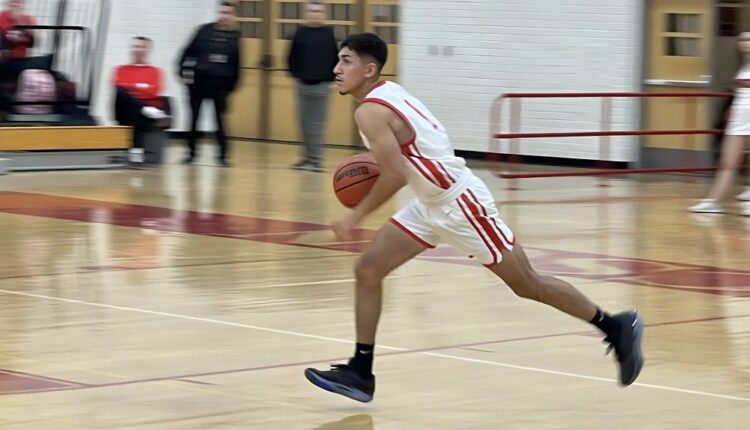 Tucson coach Eric Langfordnever one to hold back dating to his days of leading the city in scoring in 1990-91 when he was a senior with the Badgers, is not hiding his feelings about the AIA’s power ratings that impact the new Open Division rankings.

Langford tweeted this before his team beat visiting Catalina Foothills 68-41 on Friday night in an anticipated game between two of the best teams statewide in their conferences:

“Strength of what…Sahuaro Tucson loses a game and drops 10 plus spots, but Phoenix teams lose and stay the same or drop two spots… I’m tired of hearing power points, because there are a couple teams up there who have played who ???? Their favorite answer the guys in Texas!!!”

Strength of what…Sahuaro Tucson loses a game and drops 10 plus spots, but Phoenix teams lose and stay the same or drop two spots… I’m tired of hearing power points, because there are a couple teams up there who have played who? ??? Their favorite answer the guys in Texas!!! 🤯

Langford was referring to Sahuaro’s 47-46 loss at Pueblo on Thursday night that dropped the Cougars from No. 5 to No. 15 in the 32-team Open Division that includes top teams from 4A-6A. Pueblo went from being out of the Open Division to be rated No. 27

A two-loss team past the midway point of January closer to being out of the Open Division than being near the top?

“The ratings are not with us right now; we definitely have a chip on our shoulder,” said senior forward Antoine Green, who had 10 points against Catalina Foothills. “This win really helps tonight.”

The next power ratings are not released by the AIA until Tuesday.

Tucson is the No. 12 team in the 6A conference and Catalina Foothills is the No. 11 teams in 5A.

[email protected] coach @bigkraftie talks about the balance of his team, which was on display in the Badgers’ impressive 68-41 win over Catalina Foothills. Three players scoring in double figures and three others with at least six points for the Badgers (19-2). pic.twitter.com/8COXw8YAbo

The game also featured two of the state’s best coaches — Langford and Catalina Foothills’ Doug D’Amore. They are on the young side of their coaching careers and will be around for a while.

“Foothills is a good team; I’ve known Doug for a long time,” Langford said. “We talk all the time. If we win or lose, we’re always talking. I think tonight we put a whole ballgame together.

The Badgers did so with their balance with each of their players showing the ability to create their own shots.

Jeremiah Luna led the team with 19 points, including 10 in the third quarter, enabling the Badgers to extend a 36-17 halftime lead to 52-28.

[email protected] senior forward captain @ajg04_ one of three players in double-figure scoring with 10 points, including two 3-pointers in the 68-41 win over Catalina Foothills. His leadership will be key for the Badgers heading into the postseason. pic.twitter.com/DXrTwGbi4x

Dilen Millerwho had 15 points, continued to get stronger after returning recently from a broken ankle injury suffered in September.

Khalil O’Bannon, who is about 6-foot-2 but his very long arms make him seem four inches taller, finished with eight. Two came on a one-handed dunk while maneuvering through defenders in the lane in the third quarter that brought the crowd to its feet.

“Me and ‘Lil have been talking a lot,” Langford said of O’Bannon, whose uncles Ed other Charles O’Bannon played at UCLA. “The beginning of the year, he was awesome. Then he took a little bit of a dive. I think he was trying to take a back seat.

“We have a lot of players out there but he is athletic. He plays defense. I think he averages like 4 steals a game. The dunk was extra because I’ve been telling him, ‘If you get in the lane, just take off. Once you take off, people can’t jump with you. You’re too long. We call him ‘Plastic Man,’ Stacey Augmon.”

Catalina Foothills, which had his five-game winning streak snapped, was led by Cole Pinckney’s 10 points.

The Falcons next play at Ironwood Ridge on Monday while Tucson is at Sunnyside on Tuesday.

ALLSPORTSTUCSON.com publisher, writer and editor Javier Morales is a former Arizona Press Club award winner. He is a former Arizona Daily Star beat reporter for the Arizona basketball team, including when the Wildcats won the 1996-97 NCAA title. He has also written articles for CollegeAD.com, Bleacher Report, Lindy’s Sports, TucsonCitizen.com, The Arizona Republic, Sporting News and Baseball America, among many other publications. He has also authored the book “The Highest Form of Living”, which is available at Amazon. He became an educator five years ago and is presently a special education teacher at Gallego Fine Arts Intermediate in the Sunnyside Unified School District.

Woman hospitalized after fight at party leads to shooting in Phoenix