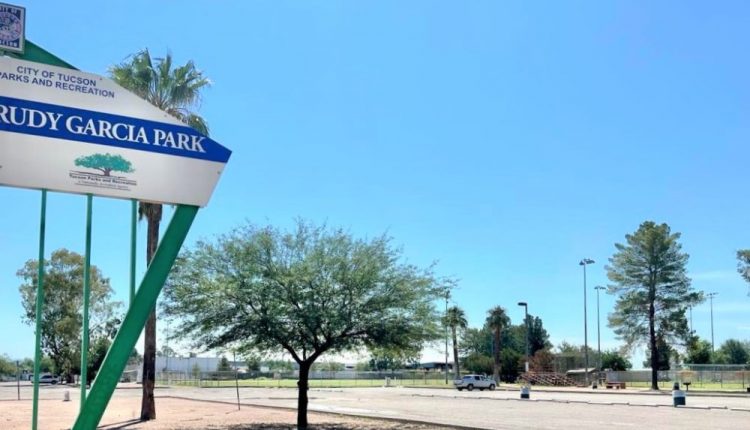 NOTE: The 18th in a series of tracking down lost or forgotten sports venues, trophies and artifacts in the Old Pueblo.

Quite a few people think the old Rodeo Drive-In Theater was the original spot where “Rudy Garcia Park” is now located but they are only, barely, partially correct. That drive-in lasted from 1949 to 1981 and it was located at 5101 S. Nogales Highway so it almost 100 percent impossible for that location to be where the original Little League baseball field was built…..in 1965.

The soccer fields of Rudy Garcia Park are situated where the old drive-in was located but that is it, the story of the original park and the baseball fields is far more interesting. The baseball fields, of course, are located just north of the soccer fields and across the street (East Irvington) from the Tucson Rodeo Grounds. The original Rodeo Grounds were located near the Banner University Hospital but that’s a different story.

Tucson’s American Little League was in the process of being forced out of its home field at Government Heights School on Ajo Way (now called Hollinger K-8 School) as league president Rodolfo “Rudy” Garcia had to move quickly, like he did many times after as a union leader.

Garcia approached the city and the head of the parks, Gene Reid, told him there was a vacant 28-acre spot across from the rodeo but that he “might” be able to help upgrade the land for baseball fields. The lack of urgency and purpose from the city led Garcia and about 250 members of the community to take action – even under threats from the police.

The military used the 28-acre land prior to the city owning it and the slabs of concrete from the Quonset huts were still there. So, on March 27, 1965, Garcia led local parents to the vacant lot and the group cleared a baseball diamond under the constant watch of the police. Reid eventually started doing upgrades and he planted the trees that one now sees around the baseball diamonds.

The park was simply called “Rodeo Park” until April 5, 1982, when only two members of the City Council voted in favor of the name change to “Joe Garagiola Park” until public pressure forced it to “Joe Garagiola’s Rodeo Park” but it was still approved due to other members passing on their vote which were counted as “yes” votes in a parliamentary procedure.

Then, on May 21, 2001, Tucson did the right thing by renaming the park on a motion from Steve Leal, and a vote of 7-0, to Rudy Garcia Park. Field No. 7 is still named after Garagiola.