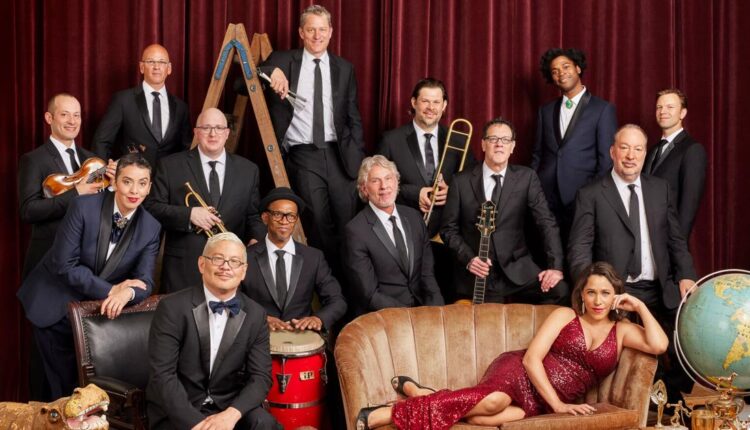 The 2023 HSL Properties Tucson Jazz Festival kicks off in earnest this weekend with the all-out party of Pink Martini with China Forbes.

The 17-member orchestra, based in Portland, Oregon, joins the Tucson Symphony Orchestra for what promises to be one of the festival’s biggest parties. The concert on Saturday, Jan. 14, and Sunday, Jan. 15, at the Linda Ronstadt Music Hall also marks the ensemble’s first appearance with the TSO since they joined forces in the 2019 Jazz Festival.

“I am really excited to be back in Tucson,” Forbes said when we caught up with her late last week to talk about the concert, Pink Martini’s diverse lineup and her first solo album in more than a decade.

2023 marks the band’s 28th year of touring when you count the COVID pandemic off year.

“We’re touring all the time. It’s kind of insane,” Forbes said. “It’s just constant. You know we’re so different from most bands because we don’t just tour when we release a new album. We take a long time between albums, and we tour all the time regardless.”

Forbes this spring will release a new solo record, her first in 13 years and a project that took seven years.

“It’s really exciting,” she said. “It’s like this huge embrace. (The orchestra) is wrapped around us, the strings or the clarinet solo or the brass or the timpani, it’s all so dramatic and supportive. It’s sort of like being woven into each other. … It’s fantastic. … It just heightens the emotion of a song.”

Forbes has released three other solo albums including her 1995 debut “Love Handle” that includes a song she had written in her early 20s called “Tucson.”

“I had never been to Tucson, but I wrote this song when I was probably 23,” she said, adding that she had a couple friends in college who were from Tucson and still live here. “I was living in New York, and I was imagining this different kind of life that I would have in Tucson, in the desert. …It’s kind of cool.”

After 28 years, Forbes said it is still exciting to go out night after night with Pink Martini. Many of the members have been with the band since would-be politician Thomas Lauderdale launched it in 1993 with the idea they would play political rallies and other same-such events. The band’s out-of-the-box success put Portland native Lauderdale’s political ambitions on hold.

“I love performing, and it never gets old,” Forbes said. “The songs, I want to perform these same songs that we love over and over again, and I never want to miss out on the important songs we have to do. It never gets boring to me.”

The band plays a lot of jazz festivals, but Forbes said they would never call themselves a jazz band.

“There are a lot of people in the band from a jazz background, but there are a lot of people from a classical background,” she said, adding that others have pop and mariachi experience, as well. “There’s all these different styles mixed together, which is what Pink Martini really is. It’s about diversity and inclusion and multigenre and multilingual. So you can’t really label it jazz, but you can include it in jazz.”

“It is amazing,” she said of how Pink Martini shows tend to morph into parties, with audience members dancing in the aisles or at their seats.

“I think I’ve lost perspective because being on stage, you don’t experience what the audience is experiencing,” she said. “It is true that all of our concerts have to end with a congo line where everyone is on their feet weaving (through the aisles). Most concerts don’t end that way.”