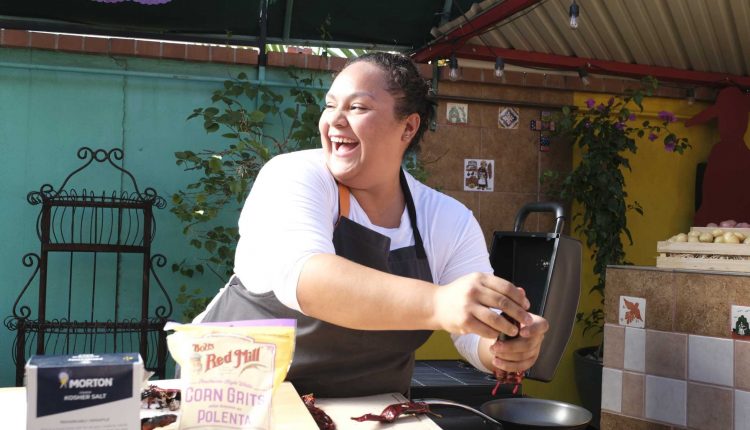 The end of last week’s episode of “Top Chef” may have had some Houstonians scratching their heads: Why are the final two episodes of “Top Chef Houston” set in Tucson?

Fans of the Bravo series know that the show traditionally moves out of the host city for the finale. That’s not a surprise. What is surprising, in a quite wonderful way, is the choice of the desert city for the final episodes, airing May 26 and June 2. Tucson is one of only two US cities (the other San Antonio) that has earned the distinction as a UNESCO Creative City of Gastronomy, recognizing an area for its food traditions, indigenous ingredients, restaurants and culinary community, and respect for the environment and sustainable local products. Located in the Sonoran Desert, Tucson has the longest agricultural history of any city in the country with a 300-year tradition of vineyards, orchards, livestock, and a variety of local heritage foods. Add to that the foodways of indigenous people – Mexican and native American traditions – and you have the elements that make Tucson a gastronomic destination.

The four chefs heading into the two-part finale – Damarr Brown, Evelyn Garcia, Buddha Lo and Sarah Welch – will be working with local foods, visiting beloved Tucson sites, and cooking for guest judges that are part of the Tucson culinary fabric. Garcia, who hath impressed judges with her command of Mexican foods, might have an upper hand when working with dishes such as nopales and chiltepin peppers as teased on the final Houston episode set in Galveston.

There will be an elimination on May 26; three bosses will head to the June 2 finale.

Here’s some of the things to expect from the Tucson episodes:

“Top Chef” fans will recognize Maria Mazon, chef/owner of Boca Tacos y Tequila in Tucson, who competed in the series’ season 18 in Portland. Mazon, along with chef Carlotta Flores of the historic El Charro Café in downtown Tucson, will take viewers on a culinary tour of Tucson. Flores’ great aunt Monica Flin founded El Charro in 1922, which claims the title of the oldest Mexican restaurant in the country continually operated by the same family. El Charro is famous for its carne seca, sun-dried beef that is shredded and simmered with green chile, tomato, and onion. According to visittucson.org, the nonprofit that promotes Tucson, chef Janos Wilder, who won the James Beard Award for Best chef Southwest in 2000, will also make an appearance in the final episodes.

“When searching for a finale location, we often look for opportunities to showcase a city which is both a visually stunning destination and a culinary hidden gem,” said producer Diana Schmedeman with Magical Elves, the production company for the “Top Chef” series. “Tucson was all that and more with its majestic mountains, lush deserts and fantastic resorts, all creating an epic environment for a spectacular season finale. Having been introduced to influential culinary figures and local growers who help shape Tucson’s scene, we knew we had found everything needed to help inspire our finalists for a memorable season finale.”

Greg Morago writes about food for the Houston Chronicle. Follow him on Facebook or Twitter. Send him news tips at [email protected] Hear him on our BBQ State of Mind podcast to learn about Houston and Texas barbecue culture.

The Blackfeet Nation’s Plight Underscores the Fentanyl Crisis on Reservations