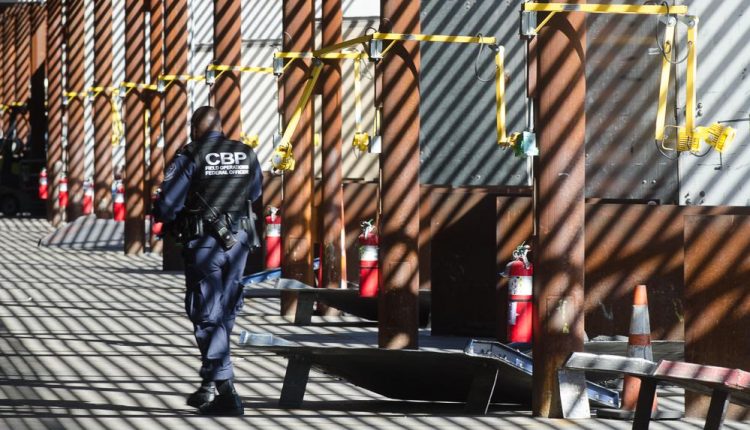 A Tucson man was sentenced to three years in prison for illegally selling firearms without a license, after prosecutors successfully proved he bought and sold nearly 40 firearms, including a half-dozen .50-caliber sniper rifles and 5 belt-fed rifles made for the civilian market.

Isaias Delgado, 37, was found guilty by a jury after a four-day trial last August. A year later, on Aug. 23, US District Judge Jennifer G. Zipps sentenced Delgado to 36 months in prison and ordered him to pay a $2,000 fine. Zipps also ordered Delgado to pay a forfeiture judgment of more than $43,500, said Yvette Cantu, a Justice Department spokeswoman.

From May 2018 to April 2019, Delgado went on a spending spree, purchasing at least 40 weapons, prompting an investigation by the Bureau of Alcohol, Tobacco, Firearms, and Explosives. Among the weapons Delgado bought and sold, at least two were recovered in Mexico, prosecutors argued.

Delgado’s prosecution comes as federal officials clamp down on what’s been a steady stream of firearms, sold in gun stores in border states like Arizona and smuggled into Mexico. Over the summer, federal prosecutors in Tucson began highlighting cases under the Project Safe Neighborhoods Program, what the Justice Department called a “centerpiece” the agency’s violent crime reduction efforts, combining federal, state, and local investigations.

One case involved a former Arizona Department of Corrections officer who was part of a smuggling ring involving at least two others who bought three weapons from gun dealers in Tucson, and then smuggled the guns—including a Russian light-machine gun—along with 500 Magazines made for AK-47-style rifles, through Nogales, Ariz. into Mexico.

And, in late July, two Phoenix-area brothers were prosecuted after they sold a “ghost gun” and an inert hand-grenade to an undercover officer who told them she would smuggle the weapons into Mexico.

One man also attempted to smuggle a .30-caliber Browning machine gun, along with 2,000 rounds through the border crossing in Nogales, Ariz.

In April 2019, Delgado ordered four weapons—two Barrett model M82A1 .50-caliber rifles, and two FN M249S 5.56mm belt-fed rifles—from N&N Firearms in Tucson. While at N&N Firearms, Delgado filled out a federal form—known as a ATF Form 4473—and wrote that he lived in a house in Tucson near South Campbell Avenue and Drexel Road.

However, when ATF agents went to interview Delgado, his mom told the agents she lived at the house with her daughter, according to an indictment. Further, she told the agent she “did not know” where her son lived, only that he was living in Mexico with his wife, ATF agents

Delgado later spoke to agents, and said he was in Mexico that day, and had been outside of the US since earlier that week, according to court records.

On April 24, 2019, a grand jury indicted Delgado on four counts of violating federal law. Delgado faced one count of “willfully” engaging in the business of dealing firearms without a license; a second count of making false statements by lying about his home address when he filled out a federal form at N&N Firearms to purchase the two .50-caliber rifles, as well as a Smith & Wesson .40 pistol; a third count of making false statements to SnG Tactical—or Smoke & Glory—to purchase a Diamondback DB-15 5.56mm rifle; and, a fourth count of lying to N&N Firearms when he bought two additional .50-caliber files, two FN M249S 5.56mm rifles, and a Browning M1919 7.62mm rifle.

Federal officials also sought the forfeiture of 12 weapons in the original indictment, however, court records showed Delgado had bought at least 40 weapons during 11 months in 2018 to 2019, spending over $111,200 to acquire a range of weapons from a half-dozen gun stores , most of them in Tucson.

Among the weapons were several AK-47-patterned rifles, AR-15-style rifles, as well as six Barret Model M82A1 .50-caliber rifles, which have become highly sought after by cartels in Mexico.

Delgado also bought seven rifles made by Anderson Manufacturing known as the AR-10 that could fire .50-caliber rounds. He also purchased five M249S 5.56mm rifles manufactured by FN America. The M249S is the civilian version of the belt-fed machine gun used by armed forces around the world, including the US military. However, unlike the military version, the M249S is a semi-automatic rifle.

While Delgado was indicated on four counts, the government agreed during a pretrial conference held just before the trial began to drop three counts, focusing on the charge he illegally sold firearms without a license.

During opening arguments in the trial, Assistant US Attorney Angela W. Woolridge argued Delgado spent over $111,000 on firearms in just a few months, acquiring 39 weapons, which he no longer had “because he turned around and sold them to others.”

“The problem with this and the reason we’re here today is that he bought and sold all of these guns without a license; and that, ladies and gentlemen, is against the law,” Woolridge said, according to court transcripts. She noted there is “nothing wrong with liking guns.”

“It’s not illegal as a hobby, as a collector, for sports shooting, for hunting, for self-protection; but that’s not why Isaias Delgado likes guns,” Woolridge argued. “He likes guns as a commodity, something he can buy and sell in hopes of making a profit,” she said.

During a two-and-a-half month period, Delgado bought and sold 15 weapons, making at least $2,000 on the sale of one of the .50-caliber rifles, she noted.

Woolridge later told the jury Delagado rented a storage unit to hold the weapons, and while the defense tried to paint him as a hobbyist, Delgado engaged in “repetitive multiple firearm purchases of the exact same make and model on multiple dates over a period of time .” She also attacked his argument he enjoyed shooting, noting that while he became a member of the Tucson Rifle Club, he went there only once, and never went to the club’s range devoted to .50-caliber rifles.

‘kid in a candy store’

Delgado’s defense attorney, Bradley Roach, argued his client made around $199,000 in 2019 and could afford to buy dozens of firearms. “What he did was take some of this money, like a kid in a candy store, and buy some pretty outrageous guns,” he said.

During closing arguments, Roach argued his client was trying to follow the law, but that the statutes are complex and unclear.

He also compared Delgado’s purchases to collectors grabbing up sneakers, and he objected to a move during the trial, when prosecutors brought in “all the guns” and put them in what he described as a “pile of big guns.”

“Well, why bring them in, right? Why put them here?” he asked the jury rhetorically. “Because they’re scary looking, right? If he had been accused of selling 39 cute little Derringer pistols that shot little .22s, do you think they would have brought all those out and laid them out on the floor for you?”

“No, they wouldn’t. This is about the government not liking those particular guns,” he said. He later pressed the jury, asking them to go back and listen to tapes from the trial.

“Please go back and listen to these tapes to see if it’s consistent, if it sounds like some kid who just goes in and buys cool things when he sees them,” Roach said.

The jury began deliberating around noon, and by 2:50 pm, the jury returned a guilty verdict.

Following the jury’s decision last year, there were a series of motions over Delgado’s forfeiture, and the sentencing hearing was rescheduled multiple times as Roach pushed back on his client’s pre-sentencing report.

Delgado has moved to appeal the verdict to the 9th Circuit Court of Appeals.

Meanwhile, the Mexican government has launched a lawsuit against seven US gun manufactures and Boston-area wholesalers arguing the companies are responsible for a “deadly flood” of weapons that invariably “wreak havoc in Mexican society.”

Weapons made by the companies ended up in Mexico through “operación hormiga,” or ant operation, the lawsuit argued. Last week, Mexico’s Foreign Minister Marcelo Ebrard complained his county is seizing five times more weapons in Mexico than US officials. “You have no reason on (your) territory to let someone with weapons cross into Mexico when you know it is illegal to have those weapons in our country,” he said during a speech in Juarez. “We are asking, at the very least, for a similar effort.”

So far this year, US Customs and Border Protection seized 1,475 handguns and around 423 rifles, as well as 48 “other weapons,” according to statistics from the agency. The agency has also intercepted thousands of rounds of ammunition, but overall seizures have declined from 2021 to 2022. From October 2020 to July 2021, CBP officials reported 7,9280 seizure “events.” During the same time period this year, CBP officers have reported just 3,279 “events.”

This includes dozens of incidents in which someone tried to smuggle firearms or gun parts out of the US on air transportation, as well as smuggling events through border crossings along the Canadian and Mexican borders.