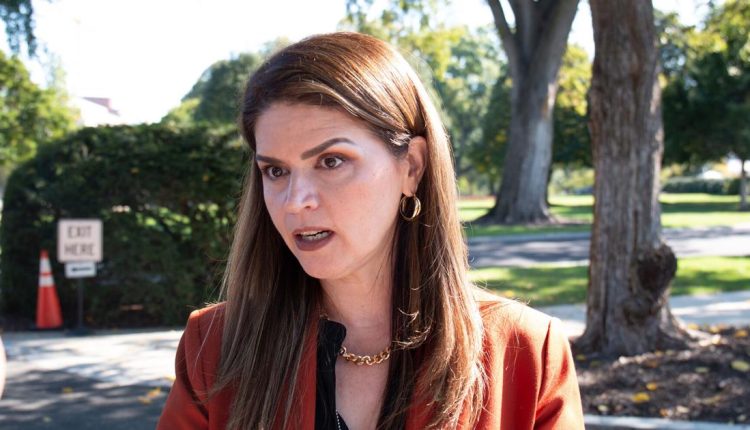 WASHINGTON – Arizona local, tribal and labor leaders were at the White House Friday to hear administration officials highlight the billions in recent federal funding that is coming to states for everything from roads to water to broadband.

A baker’s dozen of Arizona officials joined leaders from Nevada, New Mexico and Colorado for the half-day “Communities in Action” event, where administration officials applauded the “historic investments” – and attendees applauded right back.

“We’re layering all of the help that the Biden-Harris administration has been successfully pushing to have transformative change in our community and to target societal issues that are deep and hard to solve alone,” said Tucson Mayor Regina Romero, one of those at the event.

Senior administration officials opened the event by highlighting elements of the Inflation Reduction Act, the Bipartisan Infrastructure Law and the American Rescue Plan Act – together worth close to $4 trillion.

“Thanks to President Biden’s leadership, we have made historic investments over the last year and a half,” said Interior Secretary Deb Haaland, one of the speakers. “We’re taking transformational steps to … build a brighter future for the next generation.”

Arizona is set to get $1.9 billion in 2022 for infrastructure projects under the Bipartisan Infrastructure Law, according to the White House. The largest chunk, $1.3 billion, will go toward transportation, with the rest targeted to clean water projects, expansion of internet access, pollution cleanup and more.

Romero said the federal funding will allow her city to do the “transformative work” that it would not have been able to afford otherwise.

“We created a housing-first program, and with ARPA (American Rescue Plan Act) funds we purchase hotels so that we can house people in shelters that are low-barrier,” she said. “Those investments are going to be for the long term.”

ARPA allocated about $4.2 billion to Arizona to help alleviate the economic damage caused by the COVID-19 pandemic, according to Treasury Department data.

“Here in Arizona, tribes were the hardest hit by the pandemic,” Lewis said. “So being able to get our vaccine out to our community members, some of our elders that are way out, maybe on dirt roads, we were able to utilize those resources to get vaccines when they were available.”

Lewis said that in addition to the funding, he was grateful that the White House included tribal nations in discussions on the various programs.

“When tribes are able to be at the table and to actually have the resources, we can bring real cutting-edge projects,” Lewis said.

Besides Lewis and Romero, the event included representatives from the Valley of the Sun United Way, Latinos United for Change in Arizona and several labor unions, including the Teamsters and the United Food and Commercial Workers, among others.

While she was impressed by the event, Arizona Education Association President Marisol Garcia said she plans to press the administration on student loan forgiveness and investments in technical programs.

“The current technical education programs are severely underfunded, but really are a pipeline to fundamentally changing kids’ lives,” Garcia said. “But if there was a national conversation about how they’re all threaded together … all of this could come together.”

Haaland highlighted the $4 billion drought relief fund included in the Inflation Reduction Act for states in the Colorado River Basin, funding that Romero singled out as the most important program mentioned at the event.

“We’re living through the 22nd year of a drought in the Southwest, and it impacts our water resources,” Romero said. “Cities, in order to thrive and succeed, need water.”

The decades-long drought, which scientists have determined is the most severe in 1,200 years, has heightened wildfire risks and led to historically low water levels on the Colorado River that, in turn, threaten lower power outputs from hydroelectric dams.

Romero said that for Tucson residents, the federal money will improve their own finances as well as the community.

“We in Tucson are already seeing this money put into action and put into our infrastructure or into people’s pockets,” she said.