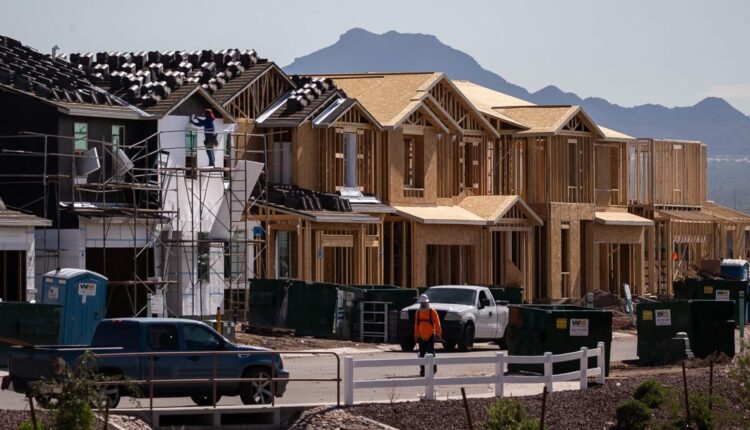 You know that feeling you can get when some outsider criticizes a beloved but problematic friend or family member of yours?

You feel defensive, but you know there’s some truth to their point.

That’s what I felt when reading Rep. Ben Toma’s complaint to the Arizona Attorney General about Tucson’s new source-of-income ordinance. That ordinance prevents landlords from discriminating against renters on the basis of where they get their rent money — whether it’s a regular job or a Section 8 voucher or child support or what have you.

Toma, who is the incoming speaker of the state House, hit Tucson pretty hard in announcing his complaint, which challenges the legality of the ordinance under state law.

“As to the merits of the ordinance, it is nothing but smoke and mirrors that cloud the real issue at hand: years of poor growth management, zoning and land use polices that have limited new housing development, and local decisions that have pushed away job and economic opportunities and kept wages considerably lower than other comparable metropolitan areas.”

“These decisions, and these decision alone, are the reasons why citizens in Tucson cannot find safe and affordable housing options. Blaming those who construct new housing or those who provide housing is misguided at best.”

Now, there is plenty to question in the complaint by Toma, who is a real-estate broker from Peoria. For example, the state itself has forbidden cities from taking some steps to encourage affordable housing, such as zoning policies requiring affordable housing in some areas and rent controls.

And Tucson is not alone in becoming unaffordable: Such conservative areas as Prescott-Prescott Valley and Lake Havasu City-Kingman are more unaffordable than Tucson, as is the Phoenix area. So there’s probably more going on than Tucson’s unique development history.

Yet, I can’t deny the kernel of truth in Toma’s complaint. While the city government is carrying out an ambitious affordable housing strategy now, the traditional construction of market-rate homes has lagged. It takes too long to get building permits and, sometimes neighbors block new development —NIMBYism, in other words.

Through November, Tucson was on pace to issue about 635 permits for new single-family homes this year, far lower than Pima County’s or Marana’s figures. If that’s what we end up with, it will be the lowest number since 2016, when Tucson issued 607. The last three years, Tucson has averaged 940 such permits per year.

It’s no secret that Tucson’s Planning and Development Services Department has been deeply backlogged in processing permits. The department has hired more staff and started a new permitting system Oct. 31 that eventually should accelerate the permitting process, but it’s not there yet.

“It has been very frustrating for home builders as well as commercial developers and just generally any customers of the city’s planning and development department for the last couple of years,” said David Godlewski, president of the Southern Arizona Home Builders Association.

“The rollout (of the city’s new permitting system) has been underway last 45 days or so. Right now it’s not any easier than what it was before,” he added.

Permits that take five days or less for Pima County to issue may still take many weeks in the city, he said.

The process remains bogged down, in part because of problems in moving permit requests that were already in process into the new system, Assistant City Manager Tim Thomure acknowledged in an interview Thursday.

“The data transition, which was supposed to go wonderfully, went horribly,” he said. “We’re behind where we would like to be, but we’re catching up again, and this time when we’re catching up it’s in the new system.”

This backlog may strike some people as irrelevant to the affordable-housing crisis in Tucson. That reasoning: What we need is affordable housing, not new housing for those who can already afford it.

New market rate housing can benefit the whole market and adjacent neighborhoods, including lower-income renters, recent research shows. When market rate housing comes onto the market, a chain of moves ensues, with a person who can afford the new housing vacating a home that is then filled by someone who may be lower on the income scale, and so on.

Each new unit doesn’t automatically benefit the whole market, because some people will move from another metro area or buy a new place as a second home or turn it into a short-term rental. But overall, adding any new housing in a crunched market like ours helps loosen it up and bolsters affordability.

One 2019 study, by the WE Upjohn Institute for Employment Research, using migration data and modeling, found effects of new market-rate housing rippling to lower-priced areas within five years.

“New market-rate housing construction can improve the market for housing in low- and middle-income neighborhoods, even in the short run. Policies that increase market-rate construction are thus likely to improve affordability even for housing units that bear little similarity to the new building.”

This concept is not news to Thomure, he told me. He noted that, beyond fixing planning and development services, the city is also creating zoning overlays and incentive districts for development; working with the Arizona Land Department to prepare for development state land in the city limits; and trying to remove inconsistencies in the building code. All that could ease new-home development at whatever price level, thereby helping with housing affordability.

The City Council and the strategy they’re following are more focused on trying to incentivize building new affordable housing projects. As Housing and Community Development Director Liz Morales said at the Dec. 20 City Council meeting, they are working on transforming existing city-owned housing, facilitating new affordable-housing developments by a new city entity and by others, trying to get affordable housing built on city-owned land and other related steps.

Those are good steps to take, but they will not reach the scale Tucson needs to solve our affordability problem. Take the Milagro on Oracle, for example, near North Oracle Road and Grant Road. It’s a great project that will preserve historic buildings and create 63 units of affordable housing for seniors.

It helps, but only a bit. That’s true of all the good projects the city is facilitating.

Now, I doubt that Speaker-elect Toma was aware of the work the city is doing when he made his complaint. In fact, he told me in an interview Wednesday that his main gripe with the city’s source of income law is that it forces landlords to, effectively, become “agents of the government” by making them accept Section 8 vouchers, which implies additional oversight of landlords.

He also acknowledged that other Arizona cities, not just Tucson, often respond to NIMBY objects by rejecting housing projects that could help with their affordability problems.

“I think it’s time for cities to make tough decisions,” said Toma, a former Peoria city council member. “It’s this problem where they don’t really want to take the heat to make the decisions they really need to make.”

These are issues that are well beyond the scope of the city’s new ordinance and Toma’s challenge of it, a subplot to the housing crisis that will likely be resolved in court.

But the bigger issue of getting a lot of new housing built sooner can be addressed at City Hall. Their strategy, focused on getting affordable housing built, should also recognize that easing private development at all prices will help us reach the scale needed to really address the housing crisis.

Four mountain lions have been recorded so far this year at a house in the Tucson Mountains.