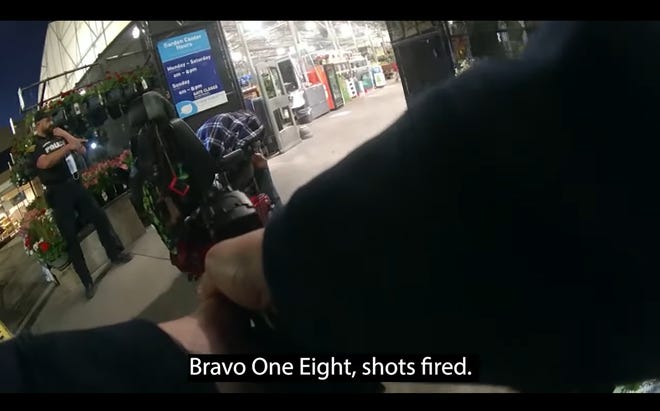 A Pima County grand jury found that there was insufficient evidence to charge a Tucson police officer who shot and killed a man in a wheelchair in 2021.

After former police officer, Ryan Remington, fatally shot a man in a motorized wheelchair in Nov. 2021, it was announced that he would be charged with manslaughter in Aug. 2022 by Pima County Attorney Laura Conover.

The case went to the Grand Jury and found there was not enough evidence to pursue, however, the state could still decide to charge.

According to Tucson police, Remington fatally shot the man, identified by police as Richard Lee Richards, at a Lowe’s parking lot near Valencia and Midvale Park roads at about 6 pm on Nov. 29, 2021. Remington was working off-duty as a security guard when he responded to a shoplifting call at a nearby Walmart.

The Tucson Police Department fired Remington on Nov. 30, 2021, the day after the shooting occurred.

Police said to an employee informed them when they confronted the shoplifting suspect, Richards, to show a receipt for the toolbox he was suspected of taking, he pulled out a knife and told the employee, “Here’s your receipt.”

Officer Stephanie Taylor also responded to the scene. After both officers told Richards not to enter the Lowe’s, Remington fired his gun nine times into Richards’ back and side, causing Richards to immediately fall from his chair. He was pronounced dead at the scene.