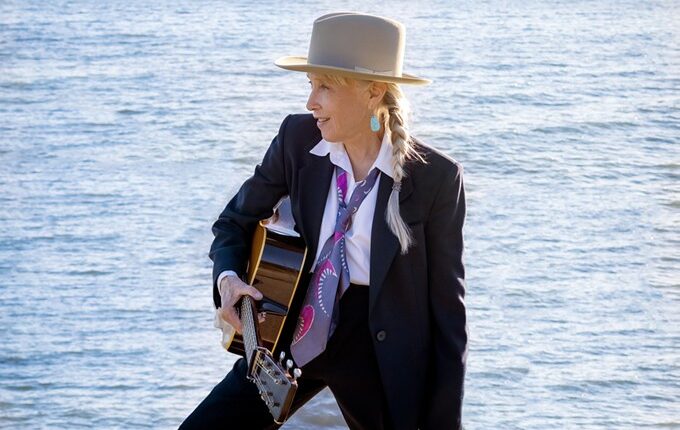 A new variety show in Tucson is showcasing national and local entertainers, who are brought together on the same stage.

Following its first variety show in May, the second Tucson Opry — which has a holiday twist — is Saturday, Dec. 10, at Hotel Congress. The show is inspired by Nashville’s Grand Ole Opry.

The Tucson Opry will be hosted by Chris Brashear and Peter McLaughlin, longtime duo partners who have performed together for more than 30 years.

Brashear is a singer-songwriter who plays the fiddle, mandolin and guitar, and McLaughlin is an acoustic guitarist, vocalist and songwriter.

The two first met shortly after Brashear moved to Tucson in 1992, when his wife was in graduate school at UA.

“We met through musician networks and started playing together,” said Brashear, who splits his time between Tucson and Massachusetts.

“We’ve been playing together ever since. We have a lot of common interests. We are residents at the Museum of Northern Arizona. We’ve done recordings together and lots of river trips together.”

They will open the show with a performance backed by the house band. Brashear said the Tucson Opry variety shows provide opportunities for performers on all levels.

“We want to make it a regionally focused variety show but that also includes some touring artists,” Brashear said.

Brashear wants the show to follow the format of “Prairie Home Companion” or eTown, where artists interact with the hosts and audience.

“It has to retain a community feeling and a welcoming, friendly atmosphere and make people feel like they are a part of something,” Brashear said.

Brashear organizes the event with the help of Hotel Congress and the Rhythm and Roots Concert Series, as well as other participating musicians. The event will feature internationally renowned artists Laurie Lewis and Jon Graboff.

Laurie Lewis is a pioneering fiddler player, producer, singer and teacher. She is best known for bluegrass but spans genres with her music, including country, jazz and early rock ‘n’ roll.

She has been nominated for several Grammy Awards for her work and been part of other artists’ Grammy Award-winning projects. She won an International Bluegrass Music Association Song of the Year award for her rendition of “Who Will Watch the Home Place.”

A pedal steel guitarist, Graboff has worked with Willie Nelson, Norah Jones, Carrie Underwood, Joan Osborne and David Byrne. He is best known for performing with Ryan Adams & the Cardinals.

Lewis and Graboff have recently recorded holiday-themed albums in the last few years.

During the event, audiences will also see local groups and performers. One of the featured local groups will be Mariachi Las Aguilitas de Davis, a group of first through fifth graders from Davis Elementary. The band regularly performs at nursing homes, schools and public events.

“That’s the idea for the show. We want to have professional people up there that can back up a lot of people and insert some traveling artists into that lineup,” Brashear said.

Brashear said that with the show, it is important to bring in an assortment of performers.

“We are trying to have some depth to our community connections,” Brashear said.

During each variety show, a local organization is spotlighted. This winter, it is Mission Garden, a living agricultural museum that is committed to the preservation of the region’s agricultural heritage.

“We are trying to find people doing good work in the community,” Brashear said.