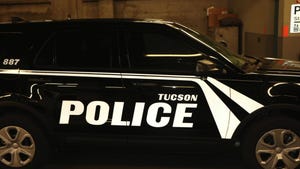 An arrest has been made in connection with the Aug. 16 murder of 30-year-old Andrew Jamal Hodge in Tucson.

Anthony Marcell Coleman, 32, was arrested on Sept. 23 after officers located Coleman at a residence at the 800 block of E. Linden Street, Sgt. Richard Gradillas, a spokesperson for Tucson police, said in a statement.

On Aug 16, police received a call around 1:40 am reporting a shooting in the area near the intersection of North 9th Avenue and West Flores Street, the original police report said.

Patrol officers then found Hodge suffering from a gunshot wound inside a vehicle. Tucson fire responded to the scene and pronounced Hodge dead.

Homicide detectives took over the investigation shortly after, receiving a warrant for first degree murder on Aug 18.