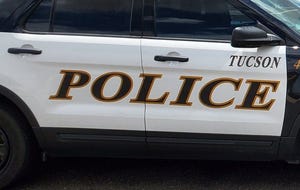 Tucson police arrested a man on Thursday who is suspected of murdering another man in April.

Police first responded to a condemned home near Sixth Avenue and Ajo Way on April 27 where they found 55-year-old Ronald Bonillas dead. Police found Bonillas’ body showed signs of trauma and a medical examiner ruled his death a homicide.

Police say detectives — through interviews — identified 44-year-old Tony Razo as the main suspect behind Bonillas’ death and arrested him on Wednesday at a home near the 2600 block of Eighth Avenue.

Razo was later booked into jail on one count of second-degree murder.