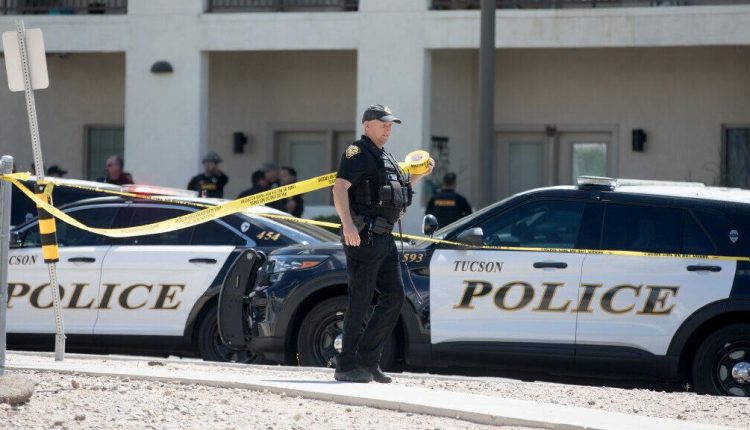 Tucson Police Department to get $5.2 million in raises

The Tucson Police Department is set to see $5.2 million worth of raises after City Council voted unanimously Monday to dedicate $9.4 million to employee compensation throughout the rest of the fiscal year.

Tucson’s mayor and council also approved spending $2 million to fund 2% raises for all other city employees and $2.2 million to give raises to Tucson Fire personnel that will vary based on different positions within the department.

The total $9.4 million in pay raises will go into effect the first pay period of January and last until the fiscal year expires on July 1, when another set of wage increases is set to take effect.

Preliminary considerations are to spend another $12 million to again raise police wages by 5% and other city employees’ salaries by 3% as part of next fiscal year’s budget adoption.

TPD’s wages will increase by an average of 7%. Commissioned officers’ raises will be based on local market data for different rankings, including police recruit, officer, detective and sergeant, the city says.

Tucson’s employees were given 3% across-the-board raises in the summer. Before that, the city invested about $30 million in May 2021 to bring Tucson employees’ salaries up to par with other similar government jobs around the state.

This year, the city’s investing an extra $22.6 million into its three main community safety departments: the Public Safety Communications Department, Tucson Police Department and Tucson Fire Department — which totals about 46% of this year’s planned spending for $150 million in surplus funding. The raises passed Monday, however, are part of this year’s regular budget spending.

“We’re not the best recruiters, and we’re going to continue to have challenges recruiting quality candidates to our profession,” Kasmar said.

While the city has expressed intentions to remain competitive with other police departments, the raises are partially due to the city’s memorandum of understanding with TPD’s labor union, the Tucson Police Officers Association. The agreement says Tucson should make TPD’s wages meet at least 90% of the Phoenix Police Department’s pay rates or 95% of the average wages for the police departments in Phoenix, Mesa, Tempe, Glendale, Pima County, Marana and Oro Valley.

City Manager Michael Ortega reminded City Council Monday that “we’ll be chasing salaries to some level because those folks increase salaries, and we fall behind — and it’s a never ending, you know, try to play catch up. But at least right now, my goal is to meet what is the average of the region.”

In addition to sustaining the raises over time, another concern brought up by Councilmember Steve Kozachik is amassing more debt in the city’s Public Safety Pension Retirement System obligations.

“I’m not sure chasing 90% of Phoenix is ​​fiscally sound, and especially if doing that is going to fundamentally increase our PSPRS outlay,” Kozachik said.

Current estimates project the rate will increase to $1.07 of city contributions per dollar paid in wages next fiscal year. Tucson’s PSPRS obligation for this fiscal year is $100.4 million, according to the city.

Watch now: City council votes on raises for Tucson Police Department personnel and other city employees. Video courtesy of the city of Tucson.