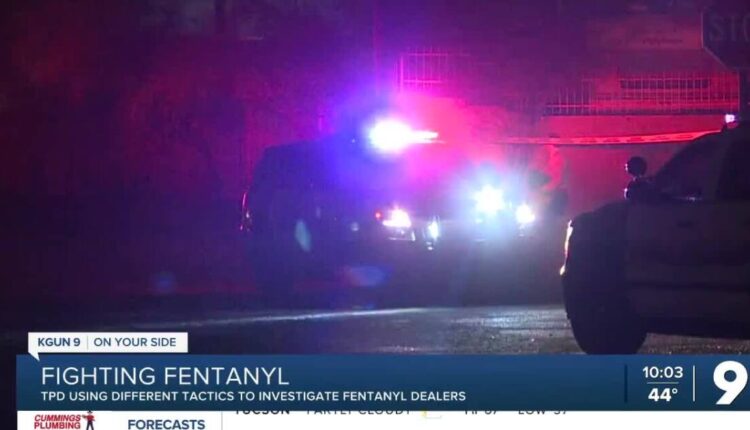 TUCSON, Ariz. (KGUN) — As Lydia Soto bonded with other homeless women playing bingo at Sister Jose Women’s Center, she remembered back to a time when she used fentanyl and other substances.

“I’m an alcoholic and an addict, and when you say those things, you’re admitting that you cannot do those things anymore,” Soto said.

She was homeless for about 2 years, saying the weather was harsh, both in the summer and the winter when it was very cold.

She watched as others used fentanyl, saying it’s poison.

“I kept saying, that’s going to kill you. It’s killing me even just poking at it once in a while,” Soto said.

However, it’s not just bingo and all fun and games at Sister Jose Women’s Center.

“There are people who are high here daily and certainly within the week,” Jean Fedigan, the founder and CEO of the center said.

She said the past 7 months she’s noticed that there’s been an increase in both fentanyl use and possession at the center.

She said that’s why they have NARCAN on hand, a drug that reverses the effects of fentanyl.

She said they’ve had to issue it about 20 times in the past 7 motions.

“If I have given a dose of NARCAN I’ve called the paramedics,” she said.

Fedigan is doing her part to help women in need so they don’t overdose or die.

She said they connect women using fentanyl with resources, referring them to a crisis center or agency who has a place for them to stay.

The Tucson Police Department said in 2021 they had about 200 fatal overdoses due to fentanyl and said there’s been about the same amount this year.

They said in order to stop overdoses and overdose deaths, they’re treating overdose investigations as if they’re homicides cases, as if the person selling fentanyl intended to cause harm and death to a person.

TPD said they’re collecting evidence like a detective would try and find the dealer.

They said they’re charging dealers with more serious offenses like money laundering and selling drugs and said manslaughter is a common charge too.

TPD said they used to count fentanyl by the number of pills but are now weighing them by the pound.

They said they’re also going after the co-conspirators who may not even touch the product themselves but are involved in selling.

The department is encouraging people to come forward if they have any information about anyone drug dealing fentanyl or involved with the process of selling drugs.

“Blend in with the public. Keep clean, keep sober and do the best you can,” she advised others who are struggling with addiction.