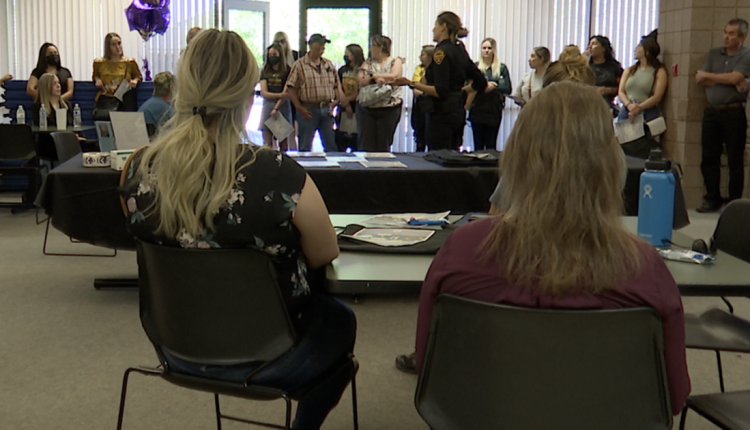 TUCSON, Ariz. (KGUN) — Monica Prieto is the only woman among four assistant chiefs in the Tucson Police Department and the first Latina in her role.

“Women think this job is extremely physical when in fact we already have the skills to do the job,” Prieto said. “A lot of it is just being empathetic, being an empathetic listener, being a problem solver and just having this passion for service.”

She says only 15% of the department are women but TPD wants to double that by 2030. To accomplish that goal, the department organized its largest ever event aimed at recruiting women on Saturday.

“Back in college when I was able to see women in this career that I could relate to, I decided why not just go for it,” Prieto said. “Next thing I know I have 23 years in the department.”

Dozens of women came to learn about the various positions within TPD. And most important to see women in those roles.

“I’ve been here for ten minutes and I’ve seen women in their uniforms and its extremely motivating,” said Arlene Olguin, potential recruit.

“It’s really important to be able to see other people accomplishing their dreams, so that way you can reflect on yours and say okay I can do it as well,” said Michelle Perez, potential recruit.

They also talked about TPD’s competitive pay and benefits, including six weeks of parental leave and student loan repayment. But the department is not offering additional incentives to recruit women, making these events especially important.

“It’s closing stereotypes and it’s very inspiring because it shows that not just males can do it, but we can too. And we can probably do it a little better,” Perez said.

Click here for more information on working for the Tucson Police Department.