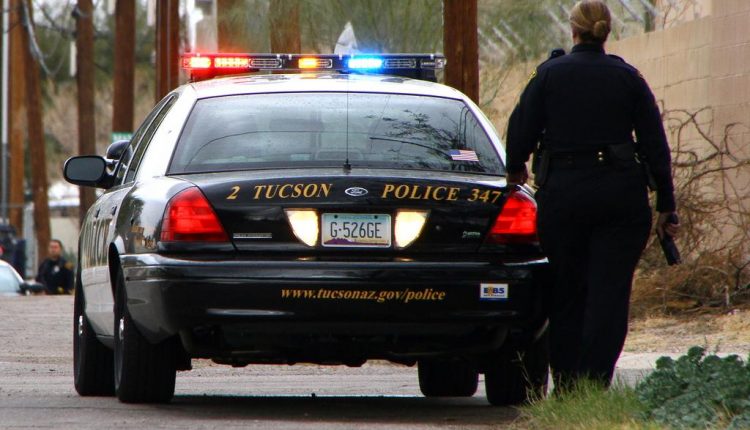 Tucson police are sending the issue of a pay hike to arbitration with the city, while local firefighters are set to get a 3 percent raise after August, as the City Council pushed back on officers demands for a greater increase in salaries.

The Council adopted a plan to give city employees raises of 3 percent on average, as part of next year’s budget.

But police, through the Tucson Police Officers Association union, say that won’t result in competitive salaries for local law enforcement. So city and union representatives will have the issue decided by a neutral third party, as the impasse means arbitration is called for under the City Charter.

The City Council adopted the final 2022-2023 budget at a June 7 meeting, along with a compensation plan that will give city employees raises. Most will see an increase of a fixed amount of $2,013, meant to ensure employees with lower wages see a greater percentage increase than the city’s top-paid staffers.

The Council unanimously voted to opt for arbitration with the police union, rather than increase officers’ salaries more than that $2,013.

The only department exempt from the flat raise is Tucson Fire. To avoid “salary compression,” in which pay grades in the middle can be squeezed by raises for workers with less experience, firefighters will each get a 3 percent raise.

However, the local union chapters for both the firefighters and police complained they aren’t getting competitive raises.

Neither the Tucson Fire Fighters Association nor TPOA responded to the Tucson Sentinel’s requests for comment on the budget.

TPOA representatives said during city budget hearings that there wasn’t transparency from City Manager Mike Ortega about the new pay plan and that Ortega hadn’t followed the city’s labor agreement in putting it together.

The salary for Tucson police officers is “completely out-of-market,” Don Jorgenson, the president of the Tucson Police Officers Association, told City Council at their June 7 meeting. TPOA also “did not get to participate in a collaborative process that created a plan that would have worked for the next year and a half to two years,” Jorgenson told the Council.

Ortega declined to comment on the issue to TucsonSentinel.com, citing the arbitration process.

The first hearing on the compensation plan was May 10, but TPOA also objected to the proposed pay package during a hearing with Tucson human resources staff on May 17. City HR staffers, however, found that “significant adjustments had already been made” based on recent market studies and no further raises were required.

Starting salaries for Tucson police are as much as 14 percent below market rate, Jorgenson said, and TPD is facing a staffing shortage as they’ve been losing about 9 officers per month for more than a year.

“We’re not asking to carve out something special for the police,” Jorgenson said to the Council. “All that TPOA is asking for is the opportunity to share our idea, and that didn’t happen.”

The City Code requires that the police compensation plan “retain a competitive posture in the relevant labor markets,” but Jorgenson stated flatly to the Council that the upcoming budgets doesn’t do that. Any unresolved wage disputes trigger an arbitration process, by that code.

Market studies compare the salaries of city employees with those paid in a selection of other cities with similar populations and budgets. The compensation plan for the upcoming fiscal year is based on a 2021 market study.

The salary for Tucson police officers is likely to lose its competitiveness, Jorgenson told the Council. He suggested a two-part salary raise, with one raise at the beginning of the fiscal year in July and a second at halfway through in January, to stay on par with market rates.

Raising police pay “will mitigate a large financial burden on the city down the road,” he said, as TPD salaries will be further out of market in the coming months.

“What we would have hoped for throughout this process is to be part of a collaborative conversation,” he said to the City Council. “We have a well-defined, historic process in the city, and unfortunately that process didn’t work this time.”

The arbitration process will include one member of the City Council, one representative from TPOA and an arbitrator selected by both the police union and the Council. City code allows the process to carry until April 1 of next year, however, and it can’t begin until the end of June, when the current budget expires.

Jorgenson worries that could be too long as police salaries in other cities could continue to rise.

“If we wait and push this off and don’t deal with this until April, who knows how much further out-of-market we will be,” Jorgenson said to the Council. “Who knows how much of a heavier lift and financial one-time burden that’s going to be on the city.

The Phoenix City Council will consider a plan to raise the starting pay of their new police recruits by about $20,000 at their Wednesday meeting. Jorgenson noted the Phoenix department’s possible pay raise, saying that city is committing to pay 10 percent more than other police departments in the metro area.

A pay raise for police is important, the union rep said, because it’s “about a community safety focus,” and said violent crime rates and pedestrian and bicycle traffic deaths are going up.

Jorgenson thanked the City Council, however, for agreeing to cover increased health insurance costs for all their employees, saying the move was “very meaningful for us and for our folks.”

Bennito L. Kelty is TucsonSentinel.com’s IDEA reporter, focusing on Inclusion, Diversity, Equity and Access stories, and a Report for America corps member supported by readers like you.

3 things from the second Jan. 6 hearing you might have missed