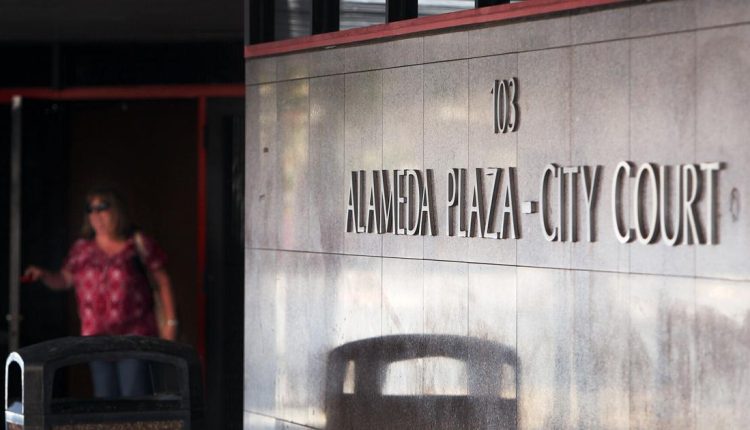 When an abuser has access to a firearm, the homicide risk to the victim increases fivefold.

Tucson City Court is receiving $500,000 in federal funds to create strategies for preventing the use of firearms in domestic violence cases, while also engaging partner organizations and underserved communities.

The money will support projects that help the court and its community partners address challenges enforcing existing domestic violence firearm laws, which require defendants to surrender their guns.

It will also help establish a local response that takes into account the specific needs of the community by taking a comprehensive, culturally specific approach to handling firearm relinquishment.

Million applied for the grant in part because of community collaborations already in place, but largely because of the risk firearms pose to victims in these cases.

“The problem with guns is that if they’re there, there’s research that they could be used,” she said. “To not have them in the house during these times make victims safer.”

Million and her colleagues at City Court will work closely with Emerge Center Against Domestic Abuse, the Tucson Police Department, the city prosecutor’s office, Pima County Adult Probation, defense attorneys and others.

Tucson is one of six new sites selected to participate in the Department of Justice’s Firearms Technical Assistance Project.

Others include the Georgia Department of Community Supervision; Detroit; the YWCA of Knoxville and the Tennessee Valley; austin; and Yakima, Washington. They join the project’s six existing locations in Birmingham, Alabama; Muscogee (Creek) Nation; Columbus, OH; Brooklyn, NY; Vermont; and Spokane, Washington.

Data shows that offenders with domestic violence in their past pose a high risk of homicide, according to a news release from Tucson officials. And in addition to their lethality, firearms are used by abusers to inflict fear, intimidation and coercive control, the release said.

The City Court grant will target court orders for firearm surrenders in three situations: Surrenders as the result of a protective order; surrenders that are a condition of release or bail; and defendants who are put on domestic-violence-related probation.

“Obviously, it’s going to take a lot of work from other partners,” Million said. “As a judge, I can’t be involved in certain parts of it.”

A large part of the project will involve the court’s work with Emerge, a nonprofit that assists survivors and their families, and the creation of an advocate position for high-risk cases to work with victims when there is a major risk of death.

“We know TPD is really understaffed, so we decided to focus on these cases that are high risk,” Million said. “We’re also working on some kind of different way or more enhanced way to serve those high-risk protective orders. But that’s a challenge, because of staffing issues.”

The other important piece of the project is ensuring that guns are only being taken from people facing these charges, letting them know where their guns are and how to get them back, Million said.

They’re hoping to revitalize police officers’ use of the tool, Million said, while also making sure it gets to the court before the defendant’s initial appearance, where conditions of release or bail are set.

“These things fall apart if we don’t keep the collaboration going,” she said. “The biggest part is that everybody operates in silos. We’re all operating by ourselves and we’ve addressed that a lot of ways in (misdemeanor) domestic violence court, but there’s still criminal court, the Department of Family Services and family court. It’s hard to coordinate these things.”

In domestic violence court, there’s a strong emphasis on having a coordinated community response to best serve survivors. That means breaking down silos and improving communication between agencies and groups, Million said.

Because not all cases go to trial, Million is in close contact with Emerge to ensure victims get the services they need while also making sure they’re as safe as possible. This includes enforcing firearm surrender orders, which Million is quick to admit has been difficult.

“So many victims stay with offenders. They just want the violence to stop, but they still love the person,” Million said. “My goal is to make families safer and make meaningful change. I’m not trying to force something that won’t work.”

Harper-Guerrero said Arizona has laws in place that make it difficult to address safety in domestic abuse cases with firearms involved.

“That makes it really hard, because it’s counterintuitive to what needs to happen here,” she said. “This (project) is another way of increasing awareness across our system about high-risk cases, the importance of understanding the indicators of risk. And my hope is that it will change the way we think about these cases across the system.”

The creation of a high-risk advocate and emerge’s role in the project are part of a larger strategy to reenergize community conversations about risk assessment and how people can work together to ensure safety, Harper-Guerrero said.

She’s hopeful Pima County can help bolster its coordinated community response, which she said is paramount to victim safety.

“In domestic abuse, we all know arrest and prosecution isn’t going to create changed behavior,” Harper-Guerrero said. “It’s a Band-aid solution, but it does matter, especially when we’re talking about guns.”

By engaging with victims differently and focusing on safety and services over prosecution, there’s an opportunity to educate them on the risk in their relationships, she said.

“Where there are firearms present and where that risk is really high, there has to be special attention to how we talk about safety to people and what kind of resources are offered,” Harper-Guerrero said. “Often, victims don’t successfully navigate that on their own. We have to account for that in our response, regardless of whether we can prosecute or not.”

In a high-risk model, the central theme is an understanding of the significant risk factors in domestic violence, Harper-Guerrero said.

“I worry about all cases where firearms are present. It’s about getting towards a best practice model and making sure these cases aren’t getting swallowed up in the massive caseload,” she said. “The opportunity to see those families that need that intervention and offer it properly, those are the things that could potentially save people’s lives.”

For information about Emerge’s services or to make a donation, visit emergecenter.org/

What is solution journalism?

Solutions journalism is rigorous reporting on responses to social problems. It intends to rebalance the news and focus not just on problems but on potential solutions to those problems.

Demand for picture books explaining traumatic events such as school shootings has grown dramatically, according to publishers. Experts say these books can help kids process their feelings. Using picture books and puppets, Ian Ellis James, known by his stage name “Electric,” works with children on gun violence prevention in New York City. “If I could just use a puppet, if I can write some books, if I can use some songs and then go out and start with a five year old, six year old… I think I can change behavior, so that’s the strategy,” James, an Emmy award-winning Sesame Street writer, said. As anxiety and depression rates rise among young Americans experts say demand for resources like children’s books dealing with trauma are also increasing.