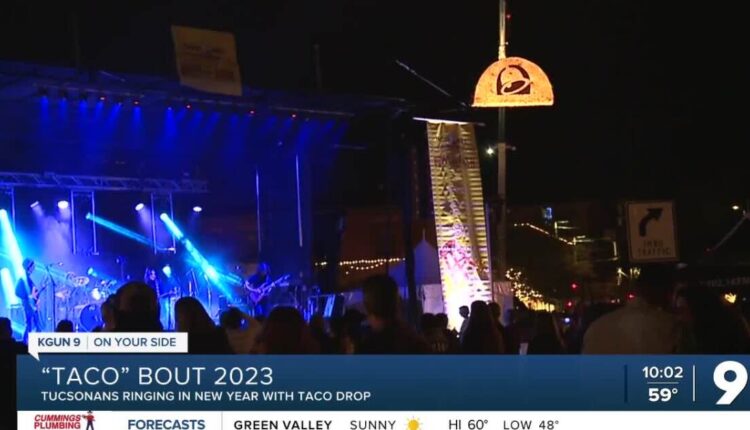 Tucson rings in the new year at annual Taco Drop

TUCSON, Ariz. (KGUN) — The annual Taco Drop was back in Downtown Tucson on Saturday to ring in 2023!

There was live music, a DJ, a silent disco and food trucks showcasing the talented small businesses from all across Tucson.

It was Charlene and Robert Logan’s first time at the Taco Drop and they were hoping to do a lot more traveling this year.

“With the Taco Drop, I said we’ve got to come. We’ve got to see what this is,” Robert Logan said.

Jackie Ermer and her family came all the way from Miami and were visiting Tucson.

“We’re visiting from Miami. We were Googling things to do for New Year’s Eve and we saw this event,” Ermer said.

Branden Sanchez was performing at the Taco Drop in a band while his wife Brittany Gouger was cheering him on.

While some people didn’t stay for the entire event, Debbie and Mark Koespel said it’s more about bonding with their fellow Tucsonans.

“The inclusion that this city brings is amazing and we’re glad to be a part of it,” Debbie Koespel said.