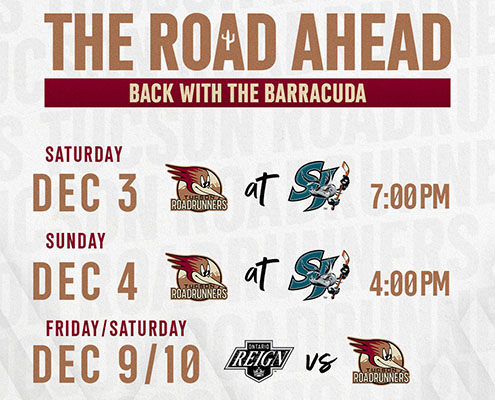 Strong start to the trip

The Tucson Roadrunners improved to 10-6-1-0 as they opened their five-game stretch on the road with consecutive wins against the San Diego Gulls and Ontario Reign, each representing their first meetings on the season. The Roadrunners won both games by scores of 3-1, capped off by empty-net goals by JS Dea and Adam Cracknell. Tucson opened the scoring in both outings to improve to 8-1-1-0 on the year when netting the first goal, as Ben McCartney and Travis Barron lit the lamp in consecutive first periods for their third goals of the season.

Who’s On The Schedule

The Roadrunners will wrap up their five-game road trip in California Saturday and Sunday at the Tech CU Arena in San Jose with a pair of games against the Barracuda. Tucson and San Jose have already met four times this season, with the Roadrunners winning three of the four meetings. This included back-to-back wins in San Jose’s new arena on October 28 and 29 by scores of 5-1 and 4-3. The Roadrunners have a week of practice before heading to the Bay Area, while the Barracuda have a pair of midweek matchups at home with the Iowa Wild Tuesday and Wednesday. 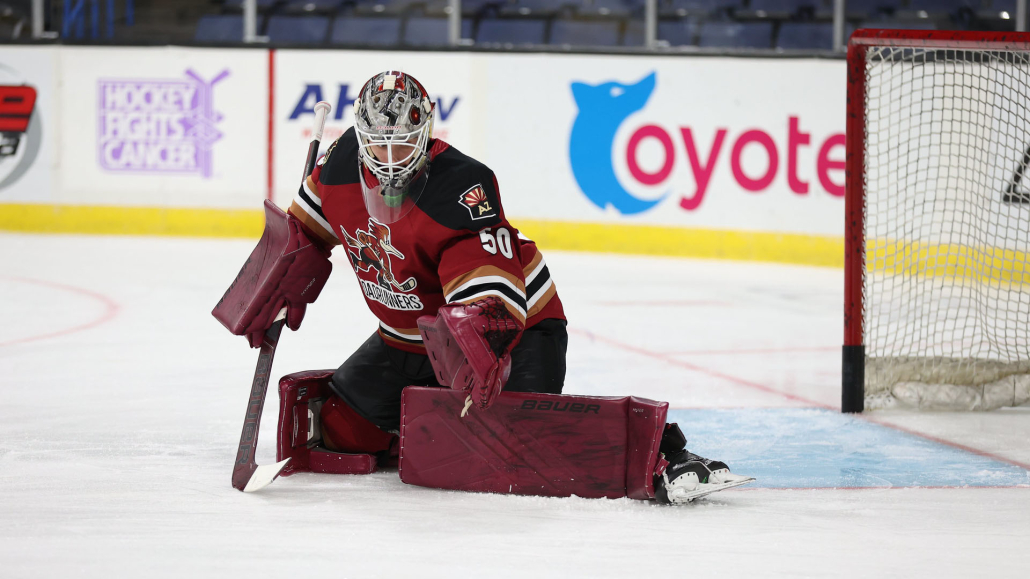 The Roadrunners will be back home to kick off a four-game home stand at the Tucson Arena starting Friday, December 9. They’ll begin by hosting the Ontario Reign for a two-game set December 9 and 10, before a pair of midweek matchups with the Coachella Valley Firebirds December 13 and 14 to close out the slate of four games in six days. The series opener with Ontario will feature a Roadrunners Christmas Ornament giveaway to the first 1,000 fans presented by the Tucson Airport, as well as a postgame showing of the movie Elf. The following night is the fan-favorite Teddy Bear Toss, with fans encouraged to throw stuffed animals onto the ice after Tucson’s first goal. Saturday’s game will also be televised live in Southern Arizona on The CW Tucson. For information on the full home stand and to purchase tickets, visit TucsonRoadrunners.com/Fun.

Tucson’s pair of 3-1 wins to kick off the five-game road trip featured back-to-back outings of at least 30 saves by Roadrunners goaltenders Ivan Prosvetov and Jon Gillies. Prosvetov earned his sixth win of the season on Wednesday in San Diego, as he stopped 30 of 31 shots faced and took a shutout into the final 2:24 of the contest. Gillies followed up Prosvetov three days later in Ontario with a 31-save effort for the 28-year-old’s best save percentage (.969) and fewest goals allowed (one) in an outing this season. Both backstops were named first star of the game in their respective victories. 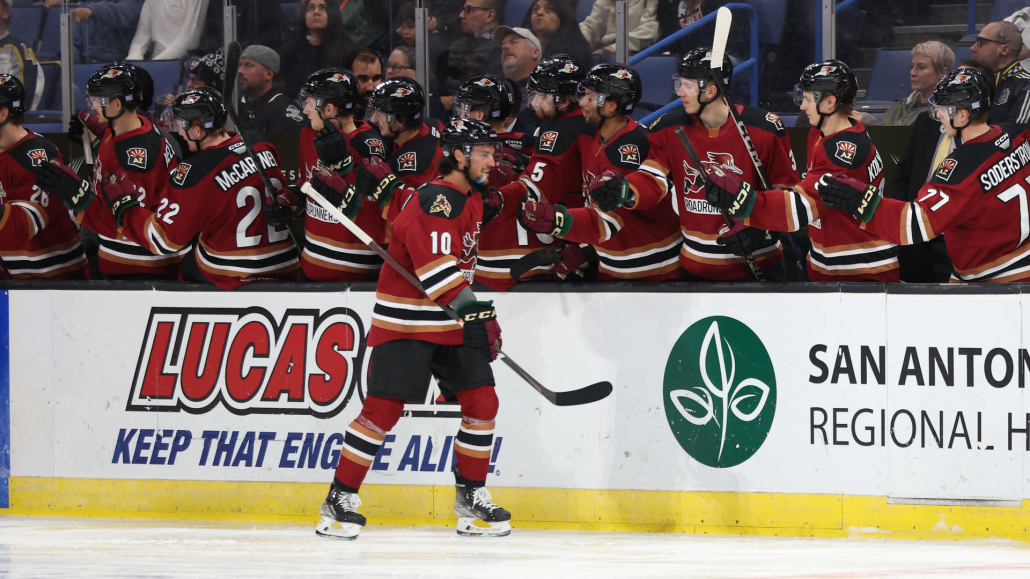 Dea Does It In Three Straight

Roadrunners forward JS Dea has lit the lamp in each of the last three games to set the longest goal-scoring streak of the season by a Tucson skater. Through 17 games in his first year with the Roadrunners, Dea leads the team in goals with nine and is second on the team in total points with 16. The 28-year-old has recorded five points (1g 4a) in four previous games this season against Tucson’s next opponent, the San Jose Barracuda.

Back to back bouts

Over the two-game weekend set with the Ontario Reign, a pair of Roadrunners forwards dropped the gloves for the first time this season. Saturday’s series opener saw Ben McCartney exchange blows with Jacob Moverare in the final 4:55 of Tucson’s 3-1 win. The next game featured a fight between Boko Imama and Nate Thompson at a face-off late in the second period. Imama set up Tucson’s first goal in the series opener against his former team on Saturday, as the Roadrunners are now 4-1-0-0 with the 26-year-old on the ice. The weekend series with Ontario was Imama’s first two games back in the lineup since October 28 against San Jose. 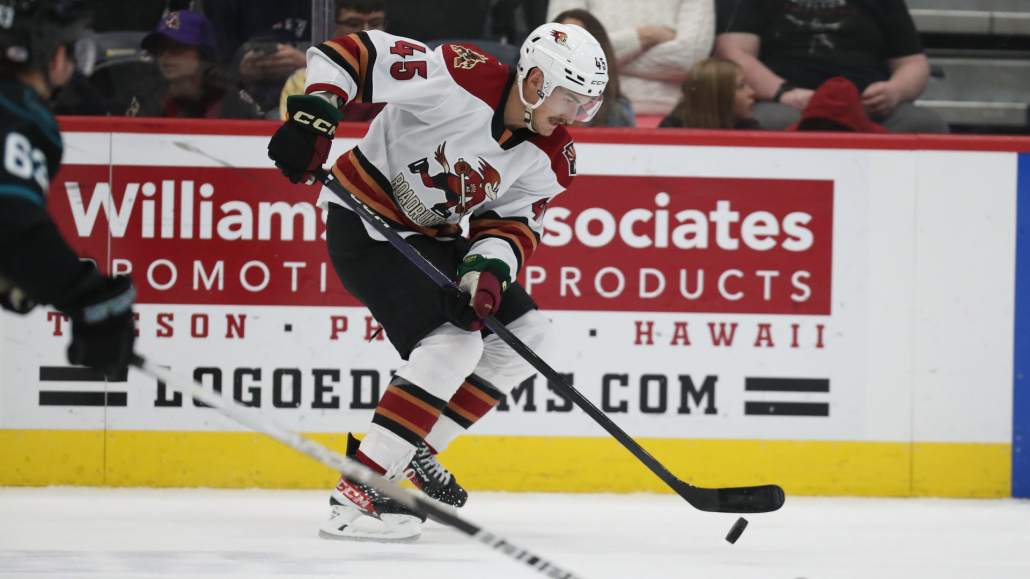 With back-to-back wins against the San Diego Gulls and Ontario Reign last week in California, the Roadrunners have now won six of seven games when facing a team for the first time this season. Tucson has won all five of their initial meetings with an opponent on the road, as well as their home opener over the Bakersfield Condors on Saturday, October 22. The Roadrunners next new face on the schedule will be the Texas Stars on December 30 in the Lone Star State.

Crushing It With The Coyotes

2021-2022 Tucson Roadrunners Matias Maccelli and JJ Moser have been key pieces of the Arizona Coyotes start to this season. Maccelli (1g 12a) and Moser (3g 10a) are tied for third on the team for total points at 13 and are second and third for assists. In their last game on Sunday against the Minnesota Wild, Maccelli tallied a pair of assists and Moser lit the lamp in the third period to spur a comeback attempt by Arizona. The Arizona Coyotes also made a trade last week that sent six-foot-nine center Curtis Douglas to the Roadrunners. Douglas tallied 34 points (13g 21a) in 67 games last year as a member of the Toronto Marlies with six fights. 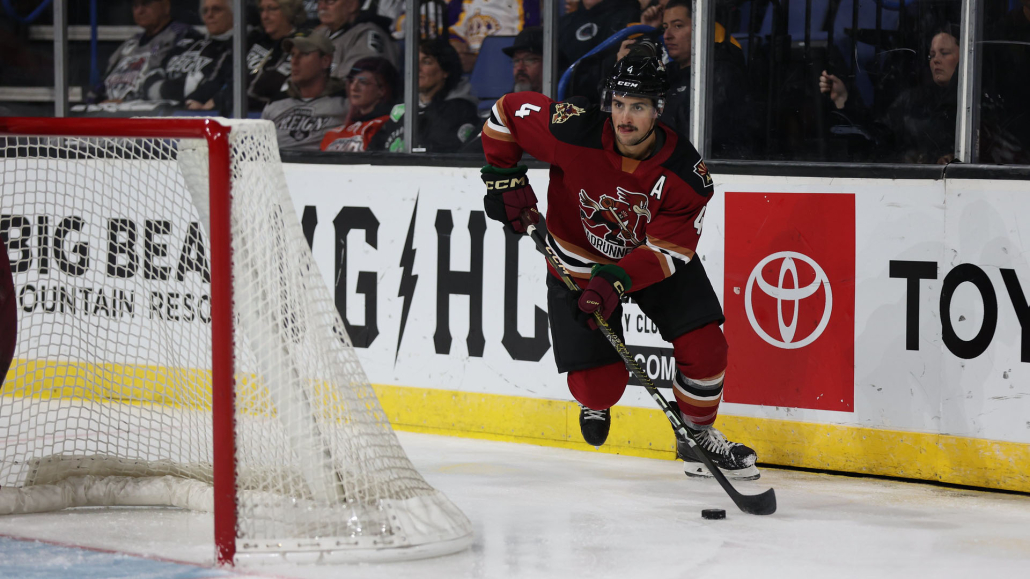 Tucson Roadrunners Happy Hour airs every Tuesday at 5 pm on FOX Sports 1450AM and the iHeartRadio app, with a podcast version also available after each episode on the iHeartRadio app. This week, co-hosts Brett Fera and Kim Cota-Robles will be joined by TucsonRoadrunners.com’s Jimmy Peebles, as well as a player from the Roadrunners. In addition, a new episode of the Tucson Roadrunners Insider Podcast released Sunday night after Tucson’s series finale with the Ontario Reign. Jimmy Peebles was joined by Kim Cota-Robles for the postgame episode, as they broke down the previous week of Roadrunners hockey and looked ahead to Tucson’s upcoming events and home stand. The podcast can be found on the iHeartRadio App.