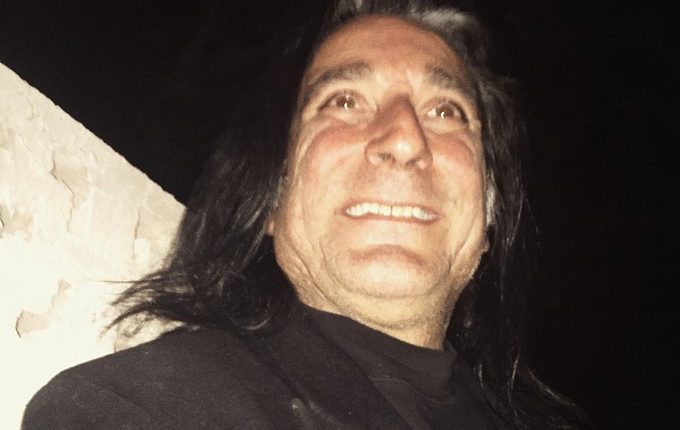 The sun descends in Tempe, and an unseasonal cold wind gusts through the grassy park and into our bones. The western edges of nearby glassy high-rises on South Mill Avenue glow burnt orange, a rare, aching November sunset on otherwise hideous gentrification. That Tempe thoroughfare once, in a fleeting moment in time, connected hearts and minds with neighborhood bars, low-pitched mom-and-pops, and many best songs in Arizona history (consider among them Tempe soundtrack A-listers like Dead Hot Workshop’s hypnotic “A” or Gin Blossoms’ foretelling area anthem “Lost Horizons”). The stretch extended from the old towering silos of the Hayden Flour Mill to Arizona State University campus at University Drive.

The Natives understood how earth energy connects to living flesh, and songs of a few decades ago here still link to beating hearts like the hundreds of miles of irrigation canals the ancient Hohokam (which translates to “all used up”) built, as early as AD 600, in what is now Tempe. Surely it teaches us only so much can be sucked out from an area before the nutrients are gone and the energy is dead.

Tempe has been wholly camouflaged from any generation, pushed to its end by conglomerate schemes, proliferating greed and a big ersatz lake in a city with an unsustainable water supply. It is a hostile song in a foreign language.

This evening light in the park sweetens the tragic nature of the world, edges softened, melancholic. We are here to meet the director of a film in pre-production, one I wrote with my wife Maggie about Douglas Owen Hopkins, the Gin Blossoms songwriter who died by suicide a few blocks from where we stood, this week in 1993. She greets us, huddled in a nice winter coat, hair pulled back, big accommodating smile.

It is not easy for me to be in Tempe or Phoenix, in an area so profoundly interlinked into my life for many years, even still, long after calling it home. Many landmarks and bars are gone but the ghosts of friends in song who died too young now begin to swirl in the waning sun on corners, under the trees, in lots where signposts, like the beat rock ‘n’ roll venue Long Wong’s once stood , daring me to oblige and engage, to revive deserted reminiscences and decrypt their messages, which years ago offered a blueprint to living.

One such was “PC” Paul Cardone, a friend since around ’85, a jaded college student but mostly musician out of Colorado, whose house and heart were always open to me, and countless others. He died days ago, in his sleep, in his 50s. He’s been a savior, an angel, and an up-all-night-in-an-early-town demon-armed with depression-busting powders and drink long after the after-party faded. Big, charismatic presence, and tall, over six feet, and somewhat burly, the Italian in him showed in kind of toast-colored skin. He was forever a close friend, a source of mirth, despite his early days love of Jäger and Clove smokes. He’d hilariously call me his “little ray of sunshine” because I was always down. Curiously, I never saw him eat a vegetable or fruit. He was a meat and potatoes man. Sometimes his existence defined logic, as if he survived on the energy of others, absorbed it, and repaid in generosity. It was a magic trick. It was nothing for him to, say, book, house and feed traveling bands and local musicians, organize festivals.

I communicated with him infrequently in recent years, yet watching the man from up close and afar I understood this: three generations of music in Phoenix-Tempe would sound and feel much different had PC not existed. His lifelines, his financial help, his roadie-ing, even his standing in on bass for misplaced comrades — all these irrigation trenches — reached far, to the Gin Blossoms, the Refreshments/Peacemakers, the Pistoleros/Chimeras, Chuck Hall, One, Dead Hot Workshop, The Black Moods, Tucson’s Greyhound Soul, and we could go on and on. The venue-packing groups he played in over the decades, easy to rattle off for even a casual central Arizona music fan, Shadow Talk, B. Strange, Satellite, Los Guys, Dry River Yacht Club, and many others. I’ve never met a soul on this earth who had more friends, and so stuck his decades-long handle as the no-term-limit “Mayor of Tempe.”

He rarely took anything sitting down, his powerful fingers on thundering basslines reflected that in craft. In 1990, in the waning days of my old band Gentlemen Afterdark, Cardone was our bass player. I swear he was our biggest fan, and then he was in the band. We’d moved to Tucson from Los Angeles and fizzled, not because of him, but despite him. the spark He wanted it.

In the early aughts, PC enjoyed a spanking new liver; yes, he beat up his old liver good, but he also suffered a rare disorder, Budd-Chiari syndrome, which causes blood-flow blockage from the liver. After the transplant, he’d show up, fat grin, slight shrug, booming voice, toting his usual ice chest, this time filled of NA beer instead of Corona.

PC rarely revealed the sadnesses inside him. One time he told me he was on the phone with his dad the moment the old man committed suicide. He chose not to dwell in such places, any inward gazes swapped out with a “how can I be of help to others” mindset, and seemingly without effort. Nights with him would become celebratory, each an evolving memory. He was gifted this way, so there was little reason to question the genesis of his behaviors, and perhaps that’s selfish. The beautiful fucker would never leave any of us standing in the goddamned rain or blazing sun. He was a man of his word. Our dead mutual friends knew this too, from Doug Hopkins to Lawrence Zubia to Richard Flower to Brenda Netz.

The film director is smart and hungry, happy to be in Tempe in her winter coat. Her heart is open and familiar to its ruptures and tragedies. It is also open to decoding and transmitting a waning history of a universe, and the mighty tall order it is to create scripted characters no longer with us, Hopkins, Zubia, and now PC. From the signposts still clinging to the land to the tombstones and railroad tracks, the wind blowing on us almost like ice, the blueprint is palpable.

It is the holiday season and I say thank you to PC, my brother. Thy death spooked and gutted me, but thy force of life is heady, and I remember the dry Salt River bottoms and the Tempe Butte highs.

I climb into the seat of our mini-van, our little daughters in back, my wife beside me. I admit to myself the wonders, and sadnesses, of it all. Night comes down, the car rolls on, and Tempe and Phoenix recede from the interstate.

Medicine next to chips, fuzzy growth on garlic among health violations at Phoenix area restaurants