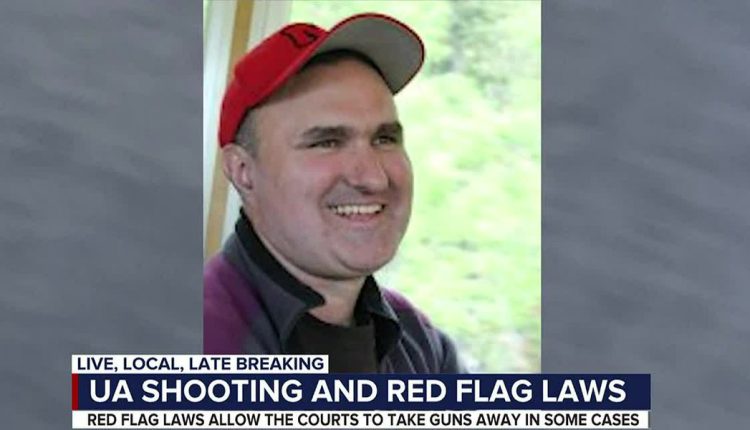 TUCSON, Ariz. (KOLD News 13) – Questions persist tonight on what might have been done to save Tom Meixner’s life, a professor shot and killed last week on the university of Arizona campus.

The city of Tucson passed a resolution last year which may not have prevented the death but again, might have.

The resolution allows Tucson to follow federal gun legislation rather than state laws.

The state has supremacy laws which it has used in the past to overrule gun laws passed by the city. The idea is that state law is supreme over city law. The city turned that on its head and says federal law trumps state law so it will follow federal law.

Why that’s important is when the Biden Administration and Congress passed the Safer Communities Act last summer, it included a provision to fund states which adopt red flag laws. Arizona already voted down red flag laws in the past.

A red flag law will allow a judge to take away a person’s right to possess a weapon if it is deemed he or she is a threat to themselves or someone else. About 20 states have red flag laws. But in order to do that, there needs to be a complaint.

“If the U of A had brought or somebody would have brought this to us and said this guy has a history of threats and should not be possessing a firearm, and went so far as to get orders of protection against this guy, we would have run with that case,” said Tucson city council member Steve Kozachik.

The city would have had to take the case to federal court which Kozachik says it would have done.

“The city attorney is not standing on street corners with a sign saying bring us your red flag cases but you know we are certainly looking for and we are certainly willing to prosecute red flag laws,” he said.

So far, the city has not taken a case to federal court because it has not been asked to but that will likely change in the future. That’s when the city will see how the state might react.

“We are not afraid to get sued by the State of Arizona over this,” Kozachik said. “We want to save people’s lives.”

Whether than might have been the case here, we will never know but the city will keep pressing forward.

“We are going to follow federal gun laws, that’s what we affirmed,” he said. “The city attorney has affirmed and indicated that those red flag laws, we will take those cases to a federal judge.”

If You’re Worried About the Environment, Consider Being Composted When You Die