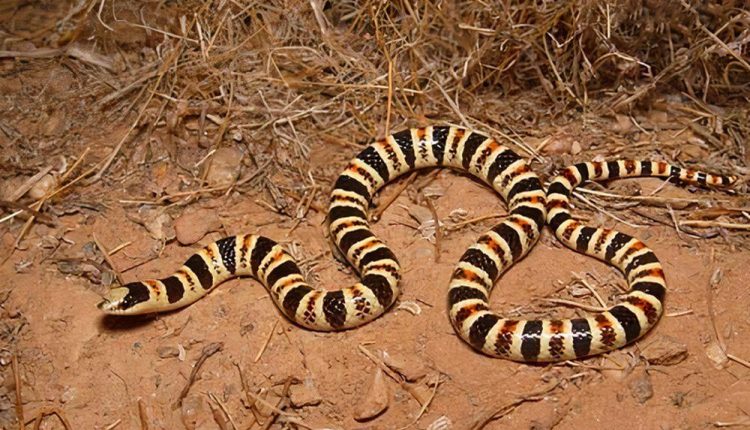 Claiming the federal government has failed to protect the Tucson shovel-nosed snake, the Center for Biological Diversity sued the US Fish and Wildlife Service, asking a court to declare the snake an endangered species.

The 16-page lawsuit, filed last week by the Tucson-based environmental group, is the latest move in a nearly two-decade fight to protect the snake.

“This is a species that’s just really clearly in peril and in need of protection,” he said.

The fight to protect the snake began in 2004, with it joining the “candidate list” for protection in 2010, the Center for Biological Diversity’s website said.

US Fish and Wildlife Service denied the snake federal protection in 2014 based on claims that the snake’s habitat was larger than it actually was, according to Greenwald. The findings were based on misinterpreting a genetic study, he said. The organization filed another petition for protection in 2020, and its denial led to the current lawsuit, the group said.

The black- and red-striped, cream-colored snake tends to live in flatlands and has lost nearly 40 percent of its potential habitat due to development, a news release from the group said.

The animal, at no longer than 17 inches, feeds on creatures such as scorpions. The non-venomous snake is primarily nocturnal and “swims” on the sandy terrain of the desert floor.

Much of the snake’s remaining habitat is now outside Pima County, so despite protections in the county’s Sonoran Desert Conservation Plan, federal measures are still necessary, the group said.

“It takes Fish and Wildlife Service an average of 12 years to provide protection to species,” Greenwald said. “In part, it’s because of this kind of just monkeying around, letting politics get in the way of the situation, and it’s really unfortunate. I mean it should have just been protected in 2004.”

The situation is similar to that of the cactus ferruginous pygmy owl, which required multiple lawsuits and petitions before the animal was again given protections last year, said Greenwald.

The center has often been involved with other litigation in the region. A 2018 lawsuit that included the group was resolved earlier this month as rare wildflowers, the Arizona eryngo, were given protection under the Endangered Species Act.

The common thread of many of these struggles is the need to protect the Sonoran Desert, Greenwald told the Sentinel.

“Scientists from around the world are raising alarm bells that we’re in an extinction crisis,” he said. “And species like the Tucson shovel-nosed snake and cactus ferruginous pygmy owl and the ciénega (Arizona eryngo) plant — those are all swept up in that extinction crisis.”