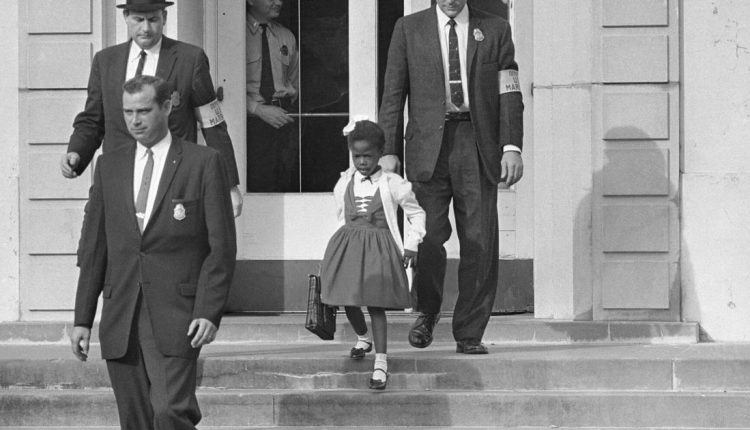 Students across Tucson will participate in Ruby Bridges Walk to School Day on Monday morning, Nov. 14, to honor the youngest of a group of African American students who integrated into schools in Louisiana in 1960.

The African American Museum of Southern Arizona will then host a Fireside Chat with Ruby Bridges on Thursday, Nov. 17, at the Palo Verde Magnet High School Auditorium, where Bridges will speak.

The Ruby Bridges Walk to School Day officially started in California after a group of fifth graders in the South San Francisco Unified School District, inspired by her story, advocated for the proclamation in 2018.

The US Supreme Court’s ruling in Brown v. the Board of Education put an end to racial segregation in public schools in 1954. Some states such as Louisiana continued to resist.

A federal court ruling later ordered Louisiana schools to desegregate in 1960, and put forth an entrance exam to test whether African American students could handle integrating into an all-white school.

Six children, including Bridges, passed the exam and were assigned to two different all-white schools. A few days before the start of school, the two students assigned to the same school as Ruby decided to stay in their home school.

On Nov. 14, 1960, then 6-year-old Bridges became the first African American student to integrate into William Frantz Elementary School. She was escorted by four federal marshals and spent the school day in the principal’s office as angry parents demanded that the school remove her.

For more information on the Tucson events this week, visit www.aamsaz.org.

Five teachers from Sunnyside Unified School District were selected into Arizona State University’s Stem Acceleration Project, which has a cohort of about 350 teachers statewide.

The program, also known as ASAP, is designed to provide funding and guidance to schools and professional development organizations to enhance their abilities to foster engagement and create curricula needed to improve STEM (science, technology, engineering and math) education in Arizona.

The district’s teachers accepted into the program are Belda Chissay of Santa Clara Elementary, Patricia Mendez of Esperanza Elementary, Prashant Verma and Cynthia Bujanda of Sunnyside High, and Jackie Nichols of Lauffer Middle.

The teachers will each receive a $2,000 classroom grant and a teacher stipend for a year. The teacher fellows will also work together to develop a bank of STEM lessons for other teachers statewide.

All schools in the Santa Cruz Valley Unified School District in Rio Rico earned A or B letter grades when the Arizona Department of Education released the grades for public schools throughout the state.

San Cayetano Elementary earned an A, while all other schools in the district each earned a B letter grade. Those schools included Mountain View Elementary, Calabasas K-8, Coatimundi Middle and Rio Rico High schools.

“These letter grades indicate that everyone’s collective and ongoing effort appears to be working,” said Stephen Schadler, the district’s assistant superintendent for teaching, learning and assessing.

Have any questions or news tips about K-12 education in Southern Arizona? Contact reporter Genesis Lara at [email protected]