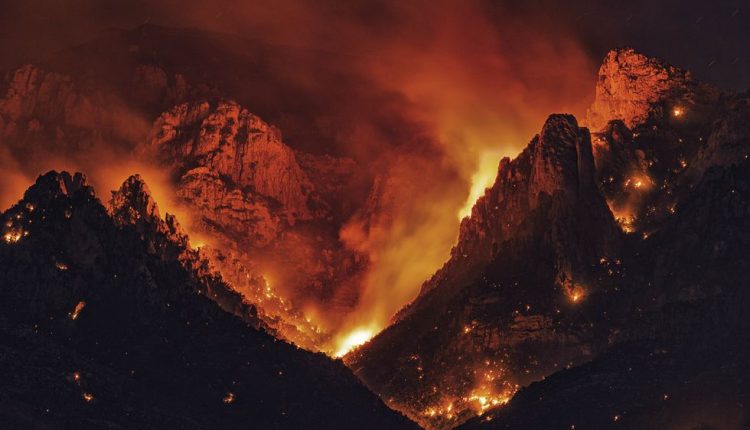 Chenyu Li, who attended Gregory School in Tucson, won first place and $ 5,000 for his photo of the Bighorn Fire in the Catalinas.

During the award ceremony, Chenyu said, “He loves Arizona landscapes and wanted to submit something unique.”

The conservation agency said the judges called his photo remarkable with brilliant composition.

Karissa Morales from Tucson took second place and $ 2,500 for her photo of a boy kissing a chicken.

“I wanted to take a different approach and focus on human-nature interaction rather than taking a beautiful photo of nature,” she said. “When I saw my nephew pick up the chicken and kiss it, I knew I had caught something special.”

Henry Davis of Tucson won an Honorable Mention and $ 250 for his photo of a turtle.

The conservation agency said the contest began as a Tucson contest and has spread across the state.

More than 3,700 photos by more than 500 photographers between the ages of 13 and 18 were submitted for this competition. Last year there were fewer than 1,7000 entries.

“This challenge is a great way to inspire younger generations to spend more time outdoors and view nature in different and creative ways,” said Tana Kappel, marketing manager at The Nature Conservancy in Arizona. “This competition is also the driving force behind some great partnerships.”

Chandler’s Arnav Ved finished third, winning $ 1,000 for his photo of three avocets in a nature reserve.