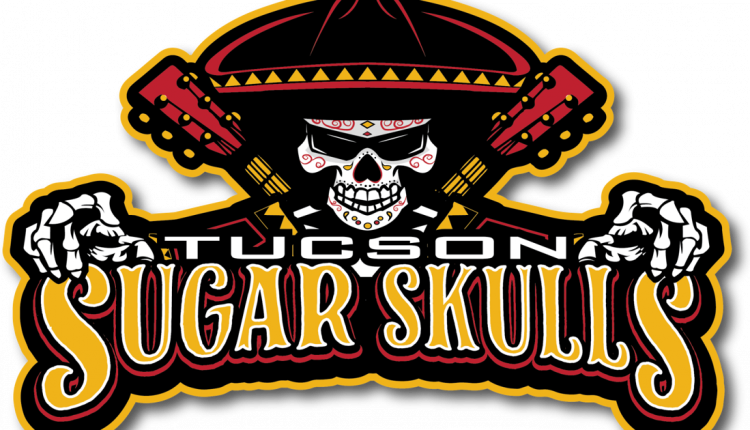 With a chance to enter a bye week on a winning streak and closing the gap for second place in the Western Conference standings, the Tucson Sugar Skulls reverted back to the team that started the season 1-3.

Tucson (5-5) frittered away another fourth-quarter lead — its third of the season — and lost to the Northern Arizona Wranglers (8-2) 34-32 Saturday night at Tucson Arena.

“We just didn’t finish,” said Sugar Skulls running back Mike Jones. “That’s all I can say.”

How the Sugar Skulls lost on Saturday was in different fashion compared to the other defeats.

“Our offense went 1-3, so we can’t say it was our old ways,” said Tucson general manager and head coach Dixie Wooten. “My things is: Defense played a hell of a game.”

The theme of the Tucson Sugar Skulls this season has been a high-scoring offense — among the top in the IFL — and allowing a league-worst 54 points per game.

Jones led Tucson with three rushing touchdowns — all of them in the first half.

Jones’ first two touchdowns gave the Sugar Skulls a 13-7 lead early on, but Tucson botched the hold on the PAT. Jones also scored a 15-yard touchdown in the first quarter, while Neal tackled on a goal-line rushing score in the second quarter.

“We just took what the defense gave us,” Jones said. “Like I always say, it’s us against us every time we play. We’re never worried about what the other team is doing. We’re going to go out there, call our plays and run our plays.”

Entering Saturday, the Sugar Skulls had a league-worst two interceptions in nine games. Tucson doubled its season total in the first half, when defensive back Mike Minter intercepted Northern Arizona quarterback Kaleb Barker on a tipped pass in the end zone.

After Neal was flagged for intentional grounding near the Sugar Skulls end zone, the Wranglers picked up a safety and were given two points, Barker was picked off by Tucson safety Robert Rolle IV.

“We knew we were going to have opportunities for takeaways. We also know how powerful our offense is, so as a defense, getting a couple of stops is going to separate the game,” Rolle said.

Tucson’s goal-line stance on the Wranglers’ final possession of the first half gave the Sugar Skulls a 26-15 lead at halftime.

Neal didn’t score his first passing touchdown until 3:20 left in the third quarter when he found Carrington Thompson for a 15-yard touchdown, taking a 32-21 lead.

With a chance to keep a two-possession lead, Neal fumbled the ball inside the red zone, resulting in a Wranglers field goal. The Sugar Skulls gave up 13 unanswered points to end the game.

“He’s still an MVP-caliber quarterback, but we can’t make those types of mistakes,” Wooten said. “Simple as that.”

On the final drive of the game, Wranglers wide receiver Jerrime Neal caught a 17-yard pass to put Northern Arizona in Sugar Skulls territory. The next play, Sugar Skulls defensive lineman Tony Winslow Jr. was flagged for roughing the passer, which set up the Wranglers for a chip-shot 24-yard field goal to win the game. Wooten told reporters after the game that Winslow was released from the team.

Added Wooten: “We can’t allow that type of situation to happen. That’s nonsense. We’re playing a great football game and for us to end it on a penalty like that, that’s unreal.”

Up next: The Sugar Skulls will enter a bye week, before hosting the Bay Area Panthers on June 11 at 6:05 pm at Tucson Arena.

“We got a bye week, so everyone is going home, rest and get things going,” Wooten said. “At the end of the day, when we come back next week, we’re going to have some new faces in here, and it’s going to be a whole different type of atmosphere. … Only thing we can do is get better or get worse. Simple as that.”