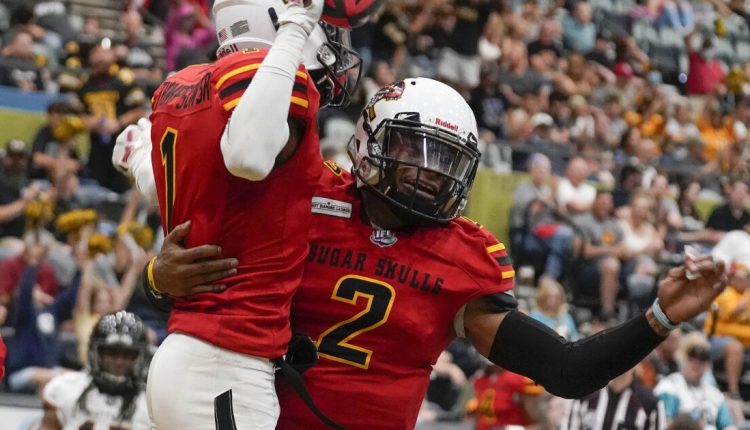 TUCSON, Ariz. (KGUN) — Tucson Sugar Skulls quarterback Daquan Neal will miss this Saturday’s game against the Northern Arizona Wranglers, but for good reason: Neal has a tryout scheduled with the NFL’s Indianapolis Colts.

The opportunity comes just days after Neal led the Sugar Skulls to an upset win over the Arizona Rattlers.

Neal leads the Indoor Football League with 26 touchdown passes and is second in the league with 12 touchdown runs.

The rest of the team is scheduled to match up against the Wranglers on Saturday, May 14 at 6:05 pm in Prescott Valley.

——-
Anne Simmons is a digital content producer for KGUN 9. Anne got her start in television while still a student at the University of Arizona. Before joining KGUN, she managed multiple public access television stations in the Bay Area and has worked as a video producer in the non-profit sector. Share your story ideas and important issues with Anne by emailing [email protected] or by connecting on Instagram or LinkedIn.