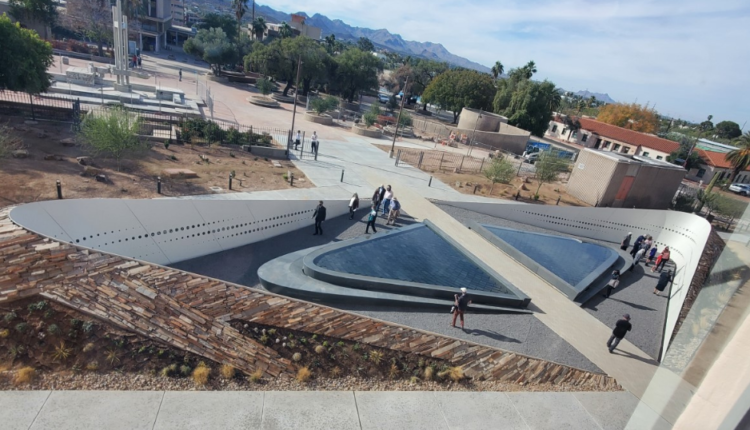 TUCSON (KVOA) – Today marks the 12-year anniversary of the January 8th shooting, where six people lost their lives and 13 others were injured including former Congresswoman Gabby Giffords.

A bell ringing ceremony took place at the January 8th memorial in downtown Tucson, to pay tribute to the victims that lost their lives and for those who survived that tragic day.

A bell ringing ceremony took place at the January 8th memorial in downtown Tucson, to pay tribute to the victims that lost their lives and for those who survived that tragic day.

The ceremony began at a specific time, the same time when shots rang out during a Congress on Your Corner event in Tucson.

“My family and I gathered here at a specific time at 10:10am because that’s actually when the shooting began, and it was over in 19 seconds. Within those three seconds the shooter shot and killed six people and wounded 13 others including Gabby and myself “.

One survivor recalls what happened on January 8th,2011.

Survivor Patricia Maisch said, “Because of Bill Badger and Roger Salszgeber having the wherewithal and the strength to take that young man down, almost on top of me, I was able to take a loaded magazine away from him”.

Those in attendance stood in silence for 19 seconds, the same duration of the January 8th shooting.

This wasn’t the only event happening in southern Arizona to remember victims. Today the Southern Arizona Roadrunners teamed up with Beyond to host a run.

“Were just promoting health and fitness, many people who were involved in that tragedy also took health and wellness seriously”.

There are events taking place all week long to honor victims. Click the link below to view all of the upcoming events.

Phoenix mom devastated after car with specialized equipment was stolen