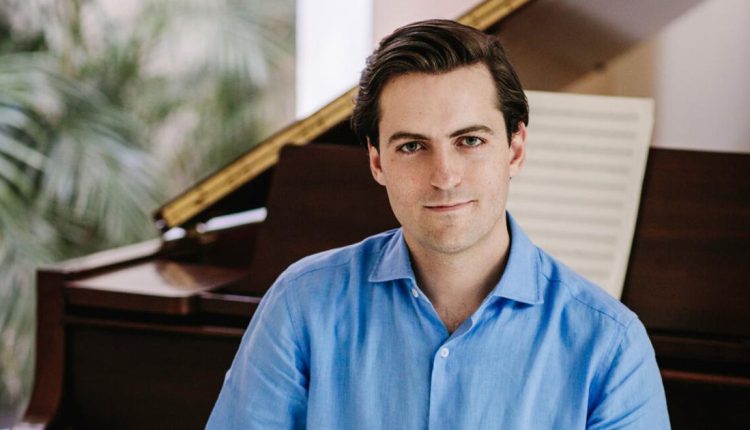 There was no EDM blasting from Linda Ronstadt Music Hall on Friday, Nov. 11, but Juan Pablo Contreras’s “MeChicano” surely matched the energy coming from the sixth annual Dusk Music Festival stages at nearby Jacomé Plaza downtown.

Contreras packed a lot of wonderfully lush and rollicking melodies into 12 minutes and from the standing ovation the audience filling two-thirds of the Music Hall gave him when he took the stage Friday night, the work could find itself on a lot of orchestras’ programming .

“MeChicano” plays like a 1980s Saturday night dance party that newly minted Mexican-Americans threw to help them find their musical and cultural Chicano identities, Contreras explained in remarks to the audience before Friday’s concert. The piece opened with a sterling trumpet line that hung in the backdrop when the strings and woodwinds joined in with a lush, almost cinematic melody. From there, “MeChicano” turned into an all-out dance party, with a little cumbia melody and rocking congo with bongos and the fat belch of a tuba.

The mix of rock, complemented by that not-usually-seen-on-a-symphony-stage drum kit, and jazz blended with Mexican waltz and pop that brought out the brilliant cross-cultural colors Contreras was aiming for.

The TSO co-commissioned the work with six other orchestras through New Music USA’s Amplifying Voices project. Tucson was the third orchestra to premiere the work.

Paremski, donning a striking red dress and sparkling high heels that glistened off the stage lights, opened Rachmaninoff’s behemoth concerto with the poise of someone playing a deceptively simple little tune. Her hands stroked the keys gently, producing a quiet melody that grew more urgent and muscular as she repeated the phrase.

From there, her performance was nothing short of thrilling. She captured Rachmaninoff’s emotional arc, accentuated by soaring strings from the orchestra, with delicate pianissimo passages that Gomez was careful not to drown out with the orchestra.

Friday’s concert, which repeats Sunday, Nov. 13, ended with Carl Nielsen’s Symphony No. 4 “Inextinguishable,” the first time the TSO has performed the work since 2005.

Gomez took us on a wild ride with “Inextinguishable,” a thrilling, dramatic four-movement symphony that plays with no breaks. The maestro accentuated Nielsen’s powerful passages without letting them get opening out of control, summoning the Danish composer’s turbulence and drive without sacrificing the underlying lyrical soul that is its heartbeat. The strings brought out the wild mood swings of Nielsen’s score, which goes from sobering and somber to victorious and jubilant.

One of the most dramatic moments of the piece came with the double timpani in the finale, which evoked the perfect balance of drama and terror that likely was drawn from Nielsen witnessing the ravages of World War I.