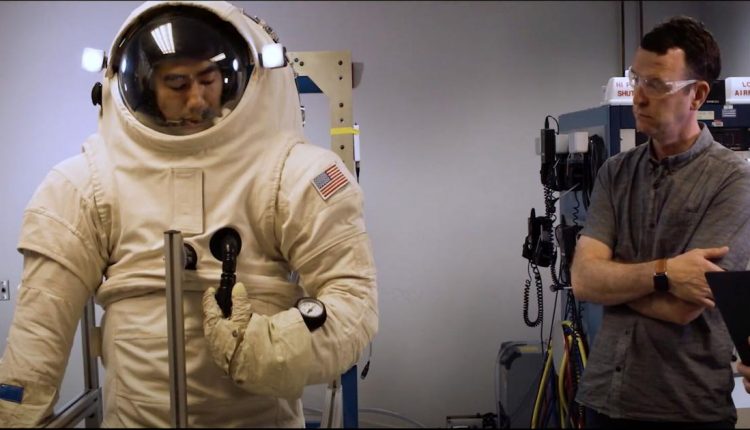 An industry team including Tucson-based Paragon Space Development Corp. has been picked by NASA to deliver a moonwalking spacesuit system for the planned Artemis III mission to land Americans on the surface of the moon for the first time in more than 50 years.

The award to a team led by Houston-based Axiom Space — the first under a competitive spacesuits contract — has a base value of $228.5 million, NASA said.

The task order calls for the Axiom team to develop a next generation Artemis spacesuit and supporting systems, and to demonstrate their use on the lunar surface during the Artemis III mission scheduled to launch in 2025.

“What we learn on Artemis III and future missions on and around the moon will pave the way for missions to Mars. Spacesuits enable us to literally take that next step,” said Lara Kearney, manager of NASA’s Extravehicular Activity and Human Surface Mobility program.

Get an inside look at how Tucson-based Paragon Space Development is creating spacesuits for NASA.

In June, NASA awarded the Axiom team and a second team headed by Raytheon unit Collins Aerospace long-term contracts to develop the next generation spacesuit for use on missions to the moon and the International Space Station, with a potential total value of $3.5 billion over the life of the program.

Paragon has about 30 years’ experience in designing and developing life-support and thermal-control systems for extreme environments, and in January, it acquired New York-based spacesuit supplier Final Frontier Design.

The University of Arizona will have a role in training the next generation of space scientists and boosting research related to space and national security, after the US Space Command picked the UA as the first academic partner for its new Academic Engagement Enterprise.

The Space Command established the new program Sept. 1 “to engage the future workforce, advance its space-applied research and innovation programming, expand space-focused academic partnerships, and increase dialogue between the agency and academia,” the UA said.

Jekan Thanga, a UA associate professor of aerospace and mechanical engineering, said the volume of space traffic is expected to increase with the introduction of mega-constellations, new space stations and on-orbit servicing facilities into cislunar space — the space between Earth and the moon.

“The expected wider expansion into space will require mastery in living and working within cislunar space,” Thanga said.

Thanga will coordinate with the university’s various space-related entities to set up a formal, graduate-level program in space research, addressing needs identified by the Space Command, the UA said.

NASA fans can hear about the latest space technologies next week in Tucson, as scientists with the space agency’s advanced research program come to town for a symposium that is free and open to the public.

About 150 fellows of the NASA Innovative Advanced Concepts (NIAC) program are expected to attend the event from Tuesday through Thursday, Sept. 20-22, at the Tucson Marriott University Park Hotel, 880 E. Second St., and also available through a live stream.

Among technologies to be discussed are a proposed radio telescope to be built in a lunar crater, solar “sails” and Martian cave-roving robots.

Registration is available at tucne.ws/1ldf. For more information, including an event agenda and links to livestream, or to participate virtually, go to nasa.gov/content/niac-symposium.

A combination of more inventory, higher interest rates and homes remaining on the market longer could work to some buyers’ advantage.

For Star subscribers: It might be worth driving a little further for gas in the Tucson area, as the range of prices has widened to as much as 90 cents per gallon.

There’s now nearly an equal chance of a recession as there is for economic growth in Tucson and Arizona, University of Arizona top economist says.