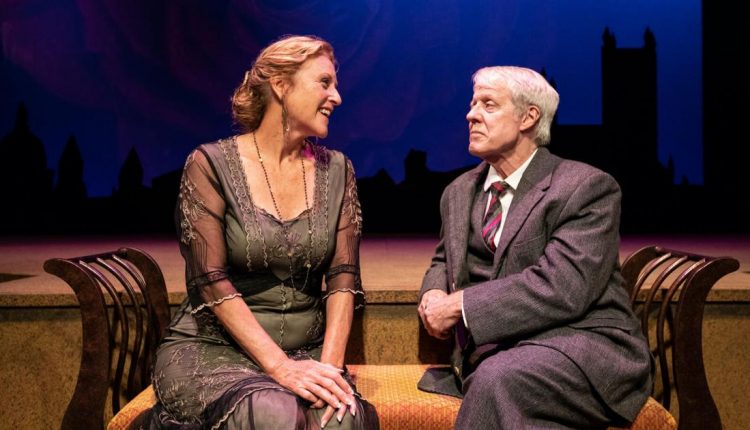 The co-founder of The Rogue Theater has adapted Woolf’s 1925 novel “Mrs. Dalloway,” for the company’s current offering.

This is the second Woolf production Meier has adapted and staged —in 2015, the Rogue mounted “The Lady in the Looking Glass,” an adaptation of seven short stories by Woolf.

Adapting Woolf is no small feat, especially with “Mrs. Dalloway.” It’s written in a stream of consciousness style, largely about the interior lives of the characters, and travels back and forth in time. It has little dramatic arc.

It’s a brilliant book that doesn’t really work as a theatrical piece.

Mrs Dalloway is a high society lady in London planning for a dinner party. She, like many of the characters, is often thinking about, and fearing, death. The story follows her as she shops for flowers, meets old friends and muses about life and the meaning of it. Cynthia Jeffery was haughty and thoughtful enough to bring the character to life.

Joseph McGrath captured the ambivalence and confusion of Peter Walsh, who has long loved Mrs. Dalloway, but to no avail.

Septimus is a World War I veteran who has become numb to the world around him. His mind is slipping away and help eludes him. Christopher Johnson overplayed the character. That was surprising as he is usually very solid as an actor.

This is a good production of a piece that doesn’t suit the stage. Still, one has to admire Meier and The Rogue for the courage to experiment, which, after all, is essential for theater to thrive.