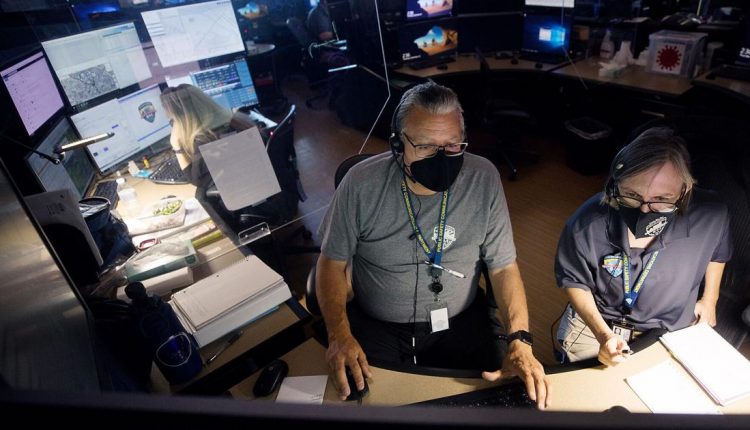 Tucson officials are backing proposed reforms to the nation’s 911 system, and will launch a 311 number here in March to reroute non-emergency service requests in order to strengthen 911 responses.

Only 25% of 911 calls are actual emergency calls for service, said Mayor Regina Romero. She said it’s important to create a system that deals with mental health, substance use, homelessness and other issues that result in calls to 911 seeking non-emergency services.

“We need to make sure that we ensure the right response at the right time,” Romero said. “For decades we have been putting on the backs of police officers responsibilities and societal challenges that we haven’t created new structures for.”

Romero, Police Chief Chad Kasmar, Fire Chief Chuck Ryan and other key players in Tucson’s safety and wellness planning are focusing on such reforms locally and nationally. They support an initiative to “modernize and strengthen” America’s 911 emergency response system.

Transform911, an initiative led by the University of Chicago Health Lab, unveiled a comprehensive policy blueprint on June 29 at a New Orleans gathering to transform the 911 system, and the Tucson officials were there.

The policy recommendations, which were open to public input, culminated more than a year of work by over 100 experts representing 911 professionals, first responders, law enforcement officers, researchers, community advocates, public health officials and other experts. Enacting the blueprint would represent the most significant overhaul ever of the nation’s 911 system, experts say.

Data shows that only a quarter of the estimated 240 million calls made annually to the nation’s 911 centers relate to a crime in progress, but the default mechanism for most calls is to initiate a police response, even when police may be more needed elsewhere or not needed at all, according to Transform911.

The recommendations include creating a cabinet-level position to report to the US president on urgent 911 improvements; creating a federal task force on 911 data and technology ethics; supporting an expert, well-resourced 911 workforce; making 911 independent and equal to other public safety departments; embedding community perspectives in improving 911 response and reintroducing 911 to the American public.

While 911 is a vital public resource, many people — especially those of color — have grown mistrustful of its services, according to the recommendations. Experts say building relationships between 911 professionals and the community they serve is essential to bolstering equity and trust in the system.

While a growing number of communities across the country are exploring alternatives to a traditional 911 police response, experts say issues run far deeper than who is deployed to respond to a call.

New Orleans has been innovating solutions to the traditional 911 system for a decade now, launching its 311 system in March 2012.

NOLA-311 is the go-to for citizens who need non-emergency services, including street light outages, blight control and more.

Residents can call 311 and speak with a service agent 24/7, with citizens also being able to submit service requests online through the NOLA-311 website, its various social media platforms, or through a recently launched chatbot.

Both 911 and 311 calls are handled by the Orleans Parish Communications District.

In 2021, that district responded to 1.2 million calls and managed 600,000 individual public safety incidents, according to an article in StateTech.

“At one point, OPCD and 911 operations were the black eye of this city. We saw 6 minute hold times on 911,” Morris said. “The mayor (LaToya Cantrell), along with the administration at the time, said enough is enough. We consolidated and really put a system in place that meets the needs of our city.”

Morris, Romero and Kasmar were among a handful of speakers during a livestream of the June 29 event in which the Transform911 blueprint was announced.

“In 2020 … the world really changed because of the pandemic, but because also of the highlight that was put on policing and the systems that we have in place that frankly, were not working,” Romero said during the event.

Romero said that since then, she’s made it a point to try to change the infrastructure and systems that were “causing more headache and harm than good” for the community.

The city has three social workers at its 911 center and is working to hire more social workers under the Community Safety, Health and Wellness Plan. The plan designed to address the root causes of violence and crime — poverty, lack of economic opportunity, and more — has been a priority of Romero’s this year, as outlined in her December 2021 State of the City address.

Since Romero took office in 2020, the Community Safety, Health and Wellness plan has moved from an idea to reality. The city hired a director in January, who, in the months since, has been working with public safety departments, as well as housing, code enforcement, planning and development, city courts and more.

The 911 system is a key part of changing how communities police their residents, Romero said.

“It’s been a priority for me that we are really instituting the systems we need to do community policing and serve our residents well,” Romero said.

Community policing is a collaboration between police and the community that identifies and solves community problems, often with the assistance of other agencies and non-law enforcement-related resources.

“Mayors across the US must support the effective functioning of the 911 system across America. Everyone knows 911, but what we are facing is we need to reintroduce 911 to the communities,” Romero said during the event.

American Rescue Plan Act funding has been instrumental in helping to improve local emergency response systems, Romero said, but added that it’s up to elected officials across the nation to change the governance and policies in order to ensure effective community policing.

“We are holding hands as professionals in public safety and making sure that the systems that we create together actually work for our communities and that they’re people-centered, and that we have the systems in place in our communities that we need to connect the people that need services to the services available, whether they’re created by your government or created by nonprofit organizations,” Romero said.

She pointed to the 2020 in-custody death of Carlos Ingram-Lopez as a need for change. Ingram-Lopez was going through a panic attack brought on by drug use, Romero said, adding that if Tucson’s public safety response had been functioning under a different model, the situation could have yielded a different result.

Ingram-Lopez died after being restrained by Tucson police officers on April 21, 2020. An autopsy report showed he had high amounts of cocaine in his system and a preexisting heart condition. He went into cardiac arrest while restrained, but the manner of his death was listed in the report as “undetermined.”

“Being able to have the psychologists or appropriately trained people respond to the situation that’s happening, that is the ultimate goal,” Romero said. “Transform911 is the beginning of what we’re trying to do in Tucson.”

Kasmar said during the event that as a police chief and former interim director of the city’s 911 center, he believes all seven national recommendations to be important. He spoke at length about two of the recommendations: Making 911 independent and making it an equal public safety partner.

“I want to emphasize … the need to support and classify 911 professionals as first responders,” Kasmar said. “Emergency communication centers are independent and equal to other first responder systems that help improve outcomes in all of our communities.”

This means cities need to equip those workers to tap into a diverse range of responses to best match the need of each emergency a community faces, he said.