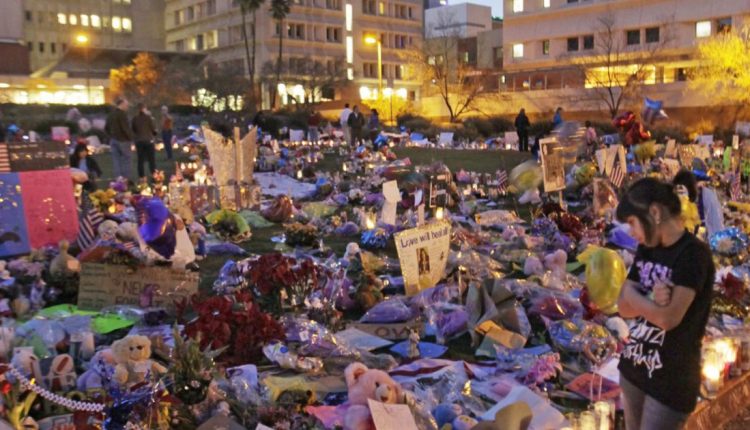 The clause jumps off the page, especially for anyone victimized in the Jan. 8, 2011, mass shooting.

Jared Loughner “was a mentally ill young man, as much a victim of the Tucson shooting as the people he shot.”

As much a victim of the shooting as the people he shot? Really?!

That’s hard for me to swallow, but it’s what Arizona Republic columnist Phil Boas wrote last week, in a piece decrying how the political sides and news outlets exploit violence such as the recent attack on Nancy Pelosi’s husband.

Boas recalled how then-Pima County Sheriff Clarence Dupnik reacted to the mass shooting here, blaming it on incendiary political speech before we knew of Loughner’s psychosis. Boas notes that by Loughner’s own words, he was triggered by what he considered illiteracy and bad grammar. He didn’t cite angry talk radio.

True enough, as far as it goes. And yet, I think many people don’t dig deep enough when they look at people like Loughner or David DePape, who attacked Pelosi. We too quickly conclude it was madness alone that drove them to commit murder.

Obviously, easy access to guns may play a role in a given instance. But more broadly, you can’t really separate the mental illness from the culture in which it occurs. The experiences of psychosis here in the United States — hearing voices, hallucinating — may be very different from psychosis in another country. It may also be different from hearing voices in the USA decades ago.

Here I should note: The vast majority of severely mentally ill people are not violent or dangerous to anyone, except possibly themselves. However, it is also true that the fraction of people with psychosis or other severe psychological disorders, while small, is overrepresented among mass killers.

Medical anthropologist Tanya Luhrmann of Stanford University has interviewed people who hear voices in five countries — San Mateo, California; Chennai, India; Accra, Ghana; Shanghai, China; and Kazan, Russia. The research is limited, involving 20 people at each site. But it is hair-raising for Americans.

“The big observation I would make is that in my samples comparing across cultures, Americans experience their voices as having more violent content,” she told me Monday. “So, you know — kill or hurt, kill the other person, kill yourself.”

The voices heard by Americans also tended to be those of hostile strangers, leaving the psychotic person feeling attacked and isolated. This was very different from Chennai, India. In a 2015 research paper, Luhrmann and her co-authors wrote:

“More than half of the Chennai sample heard voices of kin, such as parents, mother-in-law, sister-in-law or sisters. Another two experienced a voice as husband or wife, and yet another reported that the voice said he should listen to his father.These voices behaved as relatives do: they gave guidance, but they also scolded.

“They often gave commands to do domestic tasks,” the authors went on. “A woman heard seven or eight of her female relatives scold her constantly. They told her that she should die; but they also told her to bathe, to shop, and to go into the kitchen and prepare food.”

In Ghana, most of the respondents reported that among the voices they heard was God. In China, many people heard the voice of politicians, including Mao Tse Tung. These people tended to have grown up during the Cultural Revolution, Luhrmann said.

Here’s a kicker: It’s possible we didn’t use to be this way. A 1989 study of the hallucinations of 150 patient records in an East Texas hospital found that in the 1930s, they were occupied by Depression-era worries and delusions.

“The perceived commands to hurt people, to kill people, and to do ‘perverse things,’ would suggest that the environment of the 1980s might be perceived by the patient as not only more negative and hostile than that of the 1930s, but possibly more threatening and dangerous as well.”

So clearly, the culture surrounding people with psychosis likely influences what they hear, who they hear it from and how disruptive the voice is. But it’s not just that. The immediate news of the day can also have an influence.

I called up Scott Whitley, a man I’ve known since the years after the 2011 mass shooting, when I wrote often about mental illness and treatment. He himself has suffered psychotic breaks four times and used to lead support groups at the National Alliance on Mental Illness Tucson office.

Whitley told me his last psychotic break occurred June 1, 2020. He was watching TV as police cleared Lafayette Park, in front of the White House, and then-President Trump walked over to a nearby church and held up a Bible upside down. Whitley slid into psychosis, first hearing voices, then being right there, in the White House, he told me.

“I thought I was in the White House listening to Trump and Flynn and Milley,” Whitley told me, referring to one-time Trump administration officials. “Milley wanted to declare martial law and put troops on the streets.”

The psychosis spun on, inspired directly by the dramatic events in DC Whitley, advised not to go to the hospital because of the pandemic, instead was able to stay at the home of a longtime friend until he came out of it more than a week later .

Whitley noted that many Americans with psychosis end up isolated because they are rejected by their families or stigmatized. In another culture or time, he said, the same people might end up as shamans, key figures in their local culture.

Now, Boas, in his column, did not deny that our culture plays any role in attacks by disturbed people. He acknowledged that “Some of that political talk can set off some of the sickest people in our society.”

But when we talk, inevitably, about the psychological condition experienced by the next political attacker or the next mass killer, we shouldn’t write the attack off as a symptom.

We should consider that our culture itself may be what transforms that illness into something even more damaging than it has to be.

The January 8 Memorial, “The Embrace”, will open on the anniversary of the mass shooting in 2011 to commemorate the 19 victims. The memorial is on the west side of the Old Pima County Courthouse in El Presidio Park. Video by Kelly Presnell / Arizona Daily Star 2020