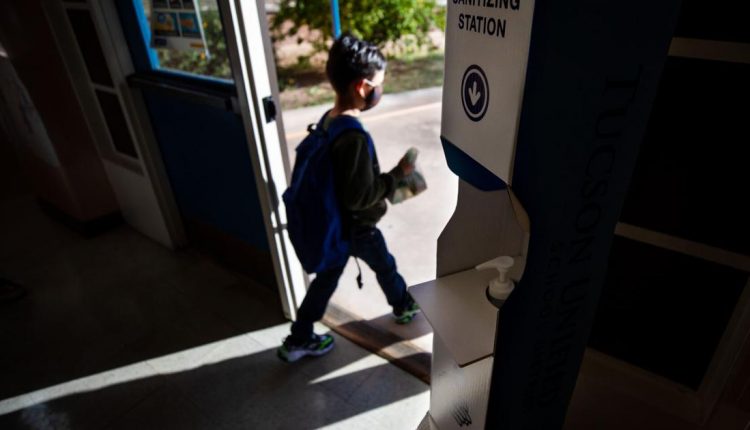 The Tucson Unified Governing Board has voted to file a complaint with the US Department of Education and Justice about Arizona’s new mask-banning law in schools, due to go into effect September 29.


The Tucson Unified School District continues to require masks on campus regardless of whether state law goes into effect next week banning mandate.

Tucson’s largest school district, with more than 42,000 students, is also filing a complaint seeking government support from the U.S. Department of Education and Justice to protect the school community, particularly students and employees with disabilities, in COVID-19 containment.

“The district is also working to ensure that Arizona does not significantly increase the risk of children with disabilities contracting the virus, significantly increasing their risk of serious illness or death,” said CEO Adelita Grijalva, when she asked the board members Readers who were present approved the meeting on Thursday, September 23, unanimously.

The mask mandate ban in Arizona schools is due to go into effect on Wednesday, September 29th. School stakeholders and advocates have challenged the law in court, and the judge has announced that she will make a decision before that date.

While about half of the school districts in Pima County have masking requirements, most have said they will be revoked when the law goes into effect.