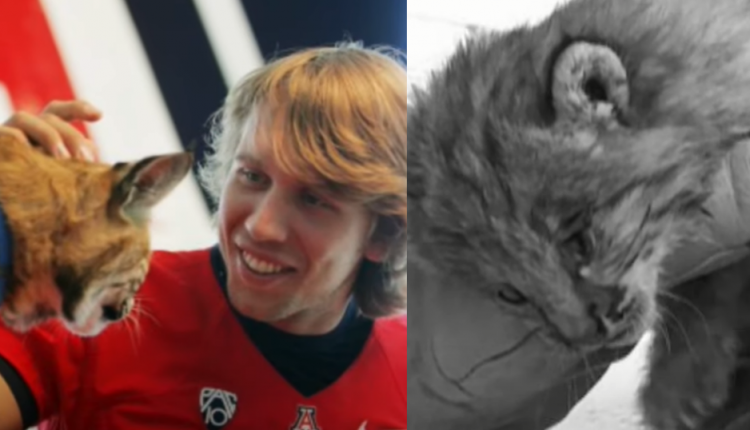 TUCSON (KVOA) – Tucson Wildlife Center is mourning the loss of one of its favorite and most famous bobcats after he passed away in January.

According to TWC, his staff first met Wilbur the bobcat as a three-week-old kitten when a bystander took him to the shelter more than 16 years ago.

The center said the kitten suffered a head injury when a bulldozer collapsed his den while crews were innovating the La Encantada Mall.

“The gentleman picked up his son who drove with him all the way out to the center and held little Wilbur up, about three weeks old and unconscious, and said, ‘Can you help our little Wilbur,'” Lisa Bates, TWC founder said . “He named him little Wilbur. I said yes we absolutely will.”

According to officials, while the cat survived the ordeal, due to him being diagnosed with epilepsy, he found a new home at TWC.

During his time there, he became a lifelong friend to the shelter’s staff and inhabitants, and later an ambassador and mascot for the organization as a whole.

“He got his picture taken with Nick Foles and just became famous overnight through ESPN,” Bates said.

Officials say passed away of old age after battling with cancer.

“He was a member of the family,” Pete Lininger, TWC founder said. “If I could I would tell him that he touched so many lives, especially mine. He will be missed.

Tucson Wildlife Center wants to pay tribute to our beloved Wilbur, who passed last January. Wilbur came to us over 16 years ago, as a 3-week-old kitten, suffered with a head injury when a bulldozer collapsed his den. With medical care from TWC, he survived but was diagnosed with epilepsy and had to stay on medication, and could not be released back into his natural habitat. Wilbur and his lifelong friend, Wilma, became our ambassador bobcats who touched everyone who met them. He is our logo, and he will be missed.

We are grateful for the joy he gave everyone.