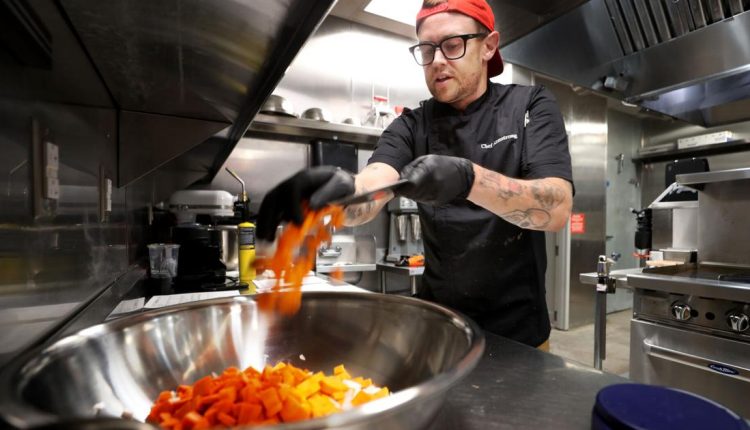 Tucson’s Burger Craze, Getting A Little Downtown Love With A New Restaurant | Attendees


Tucson’s infatuation with burgers is about to get some love when Little Love Burger opens in downtown Diablo Burger next month.

The restaurant, which opens on October 20 at 312 E. Congress St., is the latest project by the partners behind the AC Hotel Tucson Downtown, the Hub Restaurant & Ice Creamery, Hub Ice Cream and the Playground Bar & Lounge.

“It gives us a chance to connect with downtown and the community and with burgers that are hand-made in a cool place like this – next to the Rialto, across from the Hotel Congress,” said Scott Steitler, a principal in the development company Loveblock Partners.

Loveblock bought Diablo Burger and its sister Good Oak Bar at the 316 E. Congress in August as part of the company’s overall mission to keep the city center alive. The company is also developing a second boutique hotel in the so-called Depot Plaza Block, one of four blocks owned by Steitler.

The Good Oak Bar, which was closed during the pandemic, will also reopen on October 20th.

The menu also includes breakfast sandwiches and burritos, chicken sandwiches, a kids’ menu, and hot dogs, including a Sonoran dog with charred jalapeño aioli and an I Heart NY dog with caramelized onions, flavorful brown mustard, and cabbage.

In addition to the menu, Little Love Burger offers a changing selection of local craft beers and draft wines, as well as milkshakes with Hub ice cream.

Dining on the terrace will be a central element at Love Burger, Seventh Street and Fifth Avenue.


Little Love Burger will serve as a prequel to Love Burger, a 4,000 square foot restaurant with 12,000 square feet of mostly indoor outdoor dining under construction on the corner of East Seventh Street and North Fifth Avenue in the Corbett Block owned by Loveblock Partners.

“Love Burger is an ambitious project to anchor this block,” said Steitler. “In most urban revitalization stories, they typically lead to restaurants and then all the other things come. Everything starts in restaurants and it’s important to get it right. “

Developers broke ground six weeks ago, and Steitler said he expected Love Burger to open in the summer of 2022 – the 22nd anniversary of his first investment in downtown Tucson.

The 1,500 square meter Little Love Burger, whose name was inspired by Café Poca Cosa’s sister restaurant Little Poca Cosa, will be the incubator for Love Burger. It will give Chef Armstrong, who served as sous-chef at the Hub, and his staff a year to tinker with the menu and create travel-friendly burgers to get people not only on Congress Street but also on the Corbett Block the other side to bring the railroad tracks.

Steitler said that once Love Burger opens, he envisions Little Love Burger being “holding hands over the train tracks,” which will serve as an arc to the downtown revitalization that has been running along the East Congress and the East for the past decade Broadway has taken place, and improvements are made north of downtown.

“We are here to stay and grow,” said Steitler. “We will continue to roll out new businesses. We’ll adjust our pace as we grow along with downtown Tucson. “

“Not everyone has a chance to make such a difference and have so much property, many of them old buildings, and not tear them down and bring them back to life,” he added.