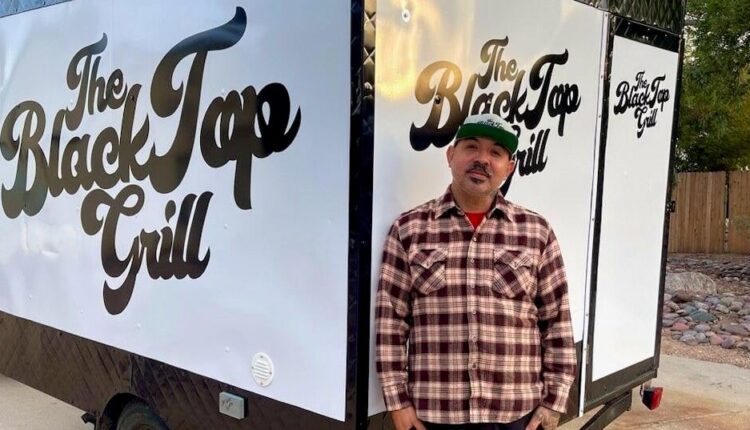 The Black Top Grill, the popular food trailer that leveled up to a brick-and-mortar spot on Tucson’s northwest side two years ago, will soon have a second semi-permanent location along North Fourth Avenue.

Owner Gabe Ceniceros is stationing a newly fabricated trailer on the patio of Dillinger Brewing Company’s beer bar at 402 E. Ninth St., on the southeast corner of East Ninth Street and North Fourth Avenue. A tentative opening scheduled for the first week in January.

The trailer will offer many of the menu items that made Black Top Grill such a sought-after trailer in its early days. Options will include his elotero hot dog with roasted corn and house-made chipotle lime sauce, a selection of his quesadillas, elote nachos, meatless tacos and a brand new jalapeño popper dog.

“It has been tried, tested and approved,” Ceniceros said of the popper dog. “For now, it will only be available on Fourth Ave. It will be a downtown exclusive.”

Dillinger Brewing co-owner Eric Sipe came up with the idea of ​​putting a trailer on the patio in November, just around the time Black Top Grill was celebrating its second anniversary at its brick and mortar location, 8300 N. Thornydale Road.

“It’s nice being a craft beer bar, but people like eating food, too,” Sipe said. “Beer and food is always a winning combination. You don’t need to overthink it.”

Ceniceros was one of the very first people that Sipe met when he moved back to Tucson in 2016 to open a brewery.

“He was one of the original darlings everyone loved,” Sipe said. “He was always at Tap & Bottle, Tucson Hop Shop, the places where I wanted to go. His food was amazing.”

When the idea came to have a trailer on-site, tapping Ceniceros was a no-brainer, Sipe said.

“He’s a really smart, kind, stable human being,” Sipe said. “I’ve always trusted him. That is the kind of person you want to get into business with.”

This will mark a return to the area for The Black Top Grill, which will tentatively be open daily for lunch and dinner.

Before launching the restaurant, Ceniceros was a regular fixture at nearby breweries and taprooms, such as Tap & Bottle on North Sixth Avenue, Crooked Tooth on East Sixth Street and Borderlands Brewing on East Toole Avenue.

Since the brick-and-mortar, Ceniceros said most of the work they do from their original trailer has either been on the northwest side of town or for large-scale events.

Ceniceros said he is looking forward to serving the downtown crowd again.

“It’s been a great ride, so far,” he said. “We are hoping this project will be a success.”

Hundreds showed up for Dillinger Days at Hotel Congress in downtown Tucson for the 28th annual event on Jan. 16, 2022.

The celebration brings the spirit of the 1930s to life in honor of infamous gangster John Dillinger and other bank robbers being captured 88 years ago by Tucson police officers. Video by Jesse Tellez/Arizona Daily Star.

Pascua Yaqui Tribe to get cultural land back