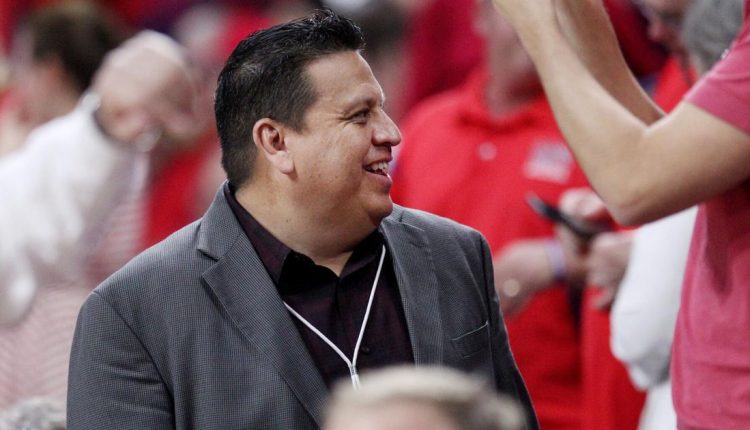 The chant echoed through downtown Houston on Monday, when the Astros celebrated their World Series championship over the Philadelphia Phillies with a parade in front of roughly 2 million fans.

Francisco Romero, a Nogales native who just finished his 15th season as the club’s Spanish play-by-play broadcaster, can still hear it.

“That chant was all over the parade,” Romero said.

Romero, a Pueblo High School and University of Arizona graduate, rode in the parade alongside his wife Larissa and daughter Isabella.

“Sharing that experience with my wife and daughter — she was only a year old when we got to Houston. Having said that, it was a great experience for the family,” Romero said. “Sports isn’t a job, it’s a lifestyle. It’s a pretty neat feeling.”

Romero joined ESPN Tucson’s “Spears and Ali” this week to reflect on the season, if this World Series means more than the scandalous title in 2017, and customizing cigars for Astros manager for manager Dusty Baker:

After broadcasting 175 games this season, including the postseason, how satisfying is it to end the season with a ring?

A: “For me, it’s been a blessing because I got here in 2008 and the Astros had just finished that 2005 World Series (appearance), and I got through that period where they lost 100 games three seasons in a row. The reason I say it’s a blessing is because I have followed the construction of the team, the makeup of the team and there’s been a couple of architects who’ve done this. I’ve sat in the front row and watched it develop… to go to four World Series, winning two. There’s so many things we can talk for days about with what the Astros have done well in order to get to this point: developing players, making the right trades, drafting the right players. So, it’s a pretty unique experience, and it’s even better when you’re front row and watching it develop. Hopefully one day I’ll write a book about it. It’s pretty neat.”

Does this World Series mean a little bit more than the 2017 title considering the sign-stealing scandal that eventually came out?

A: “No, because watching this organization develop players, that narrative is out the window. I don’t want to be disrespectful to other teams, but if they want to use that as an excuse, they can use that as an excuse. The reality is: these players work hard. In 2017, Lance McCullers got through the Yankees and got the ALCS win. The Dodgers lost at home, and the (Astros) pitchers were awesome. That narrative is gone and it didn’t affect the players. If you’re a true journalist or true professional in sports or baseball, you know that — and I don’t want to be irresponsible saying this — the Astros weren’t the only ones doing something like that. That narrative is out of the window. If people want to use that as an excuse, they can use it as an excuse. Yes, they did something wrong and broke the rules and paid consequences. … I don’t see any difference between the champs in 2017 and the champs in 2022.”


Did Baker offer you a cigar during the post-World Series celebration following Game 6?

A: “No, he didn’t offer me one. I gave him the box. Let me tell you about those cigars: they were made in Obregón, Sonora, where Dusty Baker played winter ball in Mexico. They were made in Obregón just across the border. I took those cigars, knew we were going to be champions and got them for Dusty. They say ‘2022 champs’ and I gave them to Dusty and he was very appreciative. He said he was going to take care of them and go through them very slowly, so that’s very cool. It’s also cool, because I was a Dodger fan back in 1981, when they won the World Series and Dusty was on that team with Fernando Valenzuela.”

Padraig Harrington shot 62 in Phoenix, but the best thing he did all day was buy beers for the gallery | Golf News and Tour Information