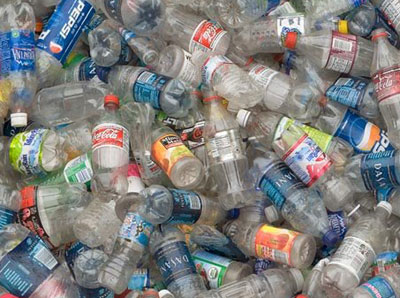 A program to collect plastic waste that began last August in Tucson has completed its first phase, and city officials say the results exceeded the program’s initial goals.

The project is a partnership between City Councilman Steve Kozachik’s office, the city’s environmental services department and environmental waste management companies Tank’s Green Stuff and ByFusion. Kozachik invited community members to bring their plastic waste to his office and from there, it was sent to ByFusion to be compressed and made into construction-grade blocks.

In his newsletter this week, Kozachik said the pilot phase of the program had come to an end, and originally aimed to collect 20 tons of non-recyclable plastic and get 500 community members involved. By the end of 2022, more than 35 tons had been collected and more than 1,500 people had signed up to participate.

“Thirty-five tons is enough to create a pile of plastic 25′ long, 10′ wide and 500′ tall,” he said in an op-ed published by the Arizona Daily Star. “Based on those outcomes at least two things are certain; one, the community wants to take part in a local solution to this international problem, and two, the pilot program cannot sunset on Jan. 1.”

He said some blocks have already been used to make benches and other structures in Tucson, and the city was also in talks with groups in Phoenix and Flagstaff about making use of the material in those cities. The Tucson City Council will discuss how to expand the project later this month.