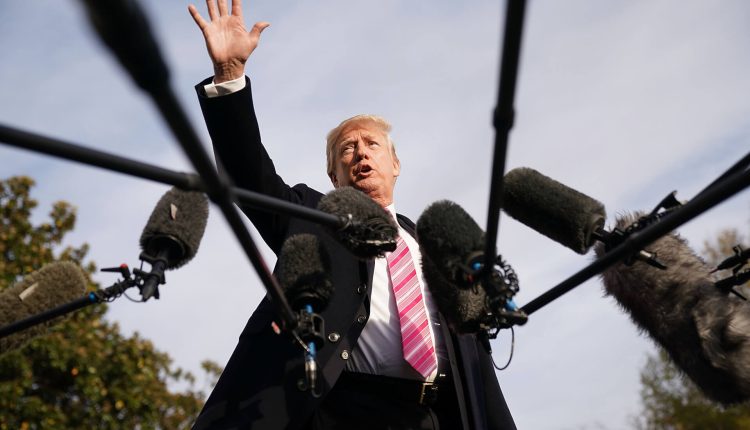 “We called them election deniers. They’re all just liars,” he said.

It couldn’t be better said.

The people who’ve continued to insist that former President Donald J. Trump was cheated out of the 2020 election are just that, liars.

“Election deniers” is the euphemism the press and punditry-class use to describe those who want us to believe Trump’s false claims that he won the 2020 presidential election, while also hoping we’ll ignore that he tried to overthrow the U.S. government the following January.

On Tuesday, a majority of Americans told them to go to hell.

The predicted red wave of Trump-inspired election victories, it turns out, seems more akin to a bad sewage leak than a political tsunami.

Yeah, more than a few Trump lackeys will slip through the cracks, and it’ll be a while — several days and maybe even weeks — before we know if the Democrats will keep control of Congress and a number of important state leadership posts across the country, including the governorship of Arizona.

Yet, most voters made it clear Tuesday that they’ve had their fill of the ex-president’s bigoted, self-serving, anti-democratic antics.

No, Mr. Trump, America is not ready to hand our democracy to the biggest liar to hit the American political stage since the days of Joseph McCarthy’s fake communist witch hunts.

Yes, I know you’re expected to announce another run for the presidency next week. Have at it. As much as it turns my stomach to know we’ll have to live through another round of your excruciatingly repugnant stump speeches, I’m comforted by the knowledge that your next campaign could be the final nail in the coffin of today’s MAGA-loving Republican Party.

Run, Mr. Trump, while you can — because I’m also convinced it won’t be long before one of the various criminal investigations now underway, and those likely yet to come, catches up with you.

You deserve your day in court, but I’ll relish the day you’re finally held to account for your alleged crimes and patently moral transgressions.

Unfortunately, too many of those who’ve worshiped at your feet since you arrived on the political scene, GOP politicians like Texas Gov. Greg Abbott, Florida Gov. Ron DeSantis, U.S. Senator Ted Cruz, former Gov. Doug Ducey, Arizona GOP candidate Kari Lake, and a phalanx of other Trump wannabes are all plotting to assume your fetid mantle.

They can have at it, too. Birds of a feather…

While some of them have not openly backed your Big Lie, they’ve all proven they’re more than willing, like you, to appeal to the darkest of human instincts to gain or retain power. And if that takes stabbing each other in the back, or the front, they’ll do that as well.

While I honestly don’t look forward to the Republican Party’s looming civil war, I’m afraid it’s a necessary slow-moving train wreck we’ll all have to watch before we can return to some semblance of political sanity in this country.

For now, Tuesday’s election results have helped restore my belief that a distinct majority of Americans are still willing to defend democracy and call out today’s “election deniers” for what they truly are: liars.

KHN’s ‘What the Health?’: The Midterm Shake-Up