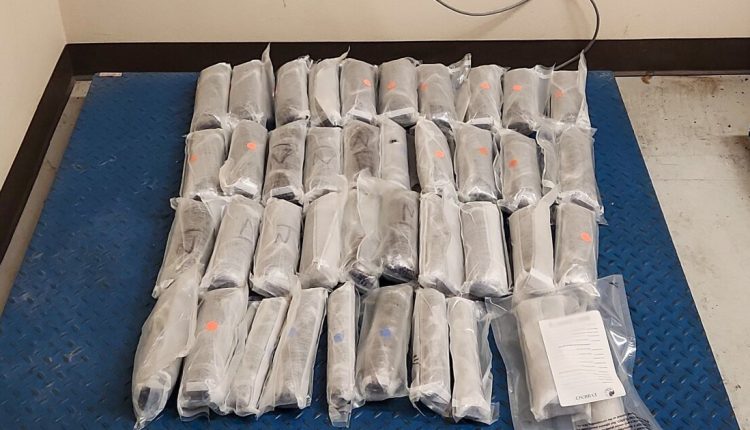 TUCSON, Ariz. (KGUN) — Two people were arrested after state troopers found over 60 pounds of suspected fentanyl were found in a car near Yuma, according to the Arizona Department of Public Safety (AZDPS).

On Wednesday, Oct. 5, a Ford sedan was stopped on Interstate 8 near Yuma and troopers investigated the vehicle.

The 21-year-old driver and 20-year-old passenger are being charged for possession of narcotic drugs for sale.

The fentanyl was being smuggled from Mexicali and heading towards the Phoenix area, says AZDPS.