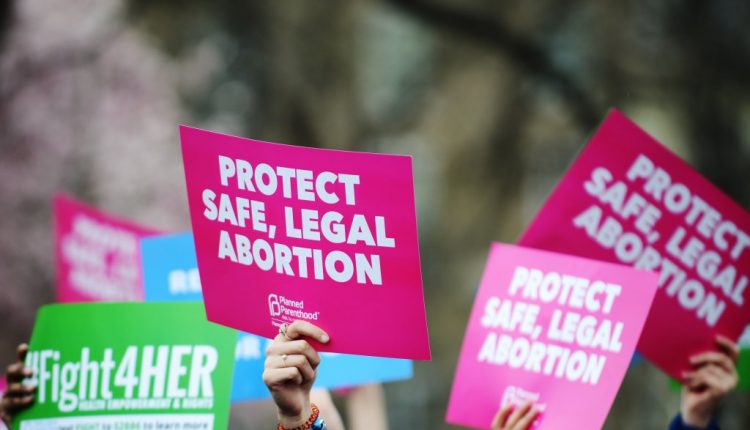 WASHINGTON – When the Supreme Court overturned Roe v. Wade on June 24, it left Arizona officials, advocates and physicians with 120 years of conflicting abortion laws to untangle.

“We have struggled to understand what is permissible by law,” said Dr. Jill Gibson, medical director for Planned Parenthood Arizona. “It’s antithetical to my ethical and moral obligations as a physician, which are to the patient.”

The first step toward clarity might have come Friday, when state officials and abortion-rights groups argued in Pima County Superior Court whether the state should enforce a 1901 law prohibiting abortions or a 2022 law allowing them up to 15 weeks.

But a decision in that case is not expected until late September. In the meantime, uncertainty about the state of the law has forced abortion providers like Planned Parenthood to “pause” the procedure.

“We are not a group of lawbreakers,” Gibson said. “We are a group of individuals that have worked our entire lives to serve humanity. To suddenly be questioned in terms of criminality is extremely disheartening and quite frankly terrifying.”

To abortion opponents like the Center for Arizona Policy, however, there should be no conflict for physicians.

“Life is a human right,” said Cindy Dahlgren, a spokesperson for the center. “It has been shown over and over again that abortions take a human life. A separate and distinct human life.

“It has always been our position that if or when Roe is overturned that Arizona pre-Roe law would go back into effect,” Dahlgren said.

That law is Arizona Revised Statute 13-3603, a 1901 law that made it a crime to perform an abortion or take any action on a pregnant woman “with intent thereby to procure the miscarriage of such woman, unless it is necessary to save her life.” It carried a prison sentence of two to five years.

A Pima County judge put the law on hold 50 years ago, after the Supreme Court’s 1973 Roe decision that recognized a right to an abortion.

The injunction is still in place today, even though the high court this summer overturned Roe. It ruled in Dobbs v. Jackson Women’s Health that there is no constitutional right to an abortion and that states or the Congress need to decide what should be allowed.

In the meantime, Arizona has passed a number of laws regarding abortion – most recently this spring when Gov. Doug Ducey signed a measure allowing abortion until 15 weeks of pregnancy. That law, which will take effect in late September, would lower the restriction from the pre-Dobbs limit of about 24 weeks.

But Arizona Attorney General Mark Brnovich announced just days after Dobbs was handed down that the 1901 law, not the 2022 law, should be enforced in Arizona. And he went to court in Pima County to get the 1973 injunction of the territorial-era law lifted.

That put Planned Parenthood in the unusual position of arguing for later laws that allow but limit abortions, like the new 15-week law, during what Gibson called a “tense” hearing before Pima Superior Court Judge Kellie Johnson.

The attorney general’s office argued that the law setting the 15-week limit did not repeal the 1901 ban.

“The Arizona Legislature has consistently re-affirmed our existing law prior to Roe v. Wade, most recently the legislation passed by lawmakers and signed by the government earlier this year,” said a statement from Brittni Thomason, a spokesperson for the attorney general’s office.

But Planned Parenthood lawyer Sarah Mac Dougall argued that nearly 50 years of state law regulating abortion as a “legal, medical procedure” would be upended by the old law, causing confusion for patients, physicians and prosecutors.

Pima County Attorney Laura Conover joined the case on the side of Planned Parenthood, saying in court filings that lifting the injunction “without the necessary modification to harmonize” the conflicting laws would lead to arbitrary and discriminatory enforcement of the law.

At a Planned Parenthood rally outside the courthouse Friday, Tucson Mayor Regina Romero led the crowd in chants of “sí, se puede,” said Gibson, while Conover repeated her promise not to prosecute abortion providers in the county.

“She (Conover) really let the people of Tucson know that their county attorney supports them and was fighting for them,” said Brittany Fonteno, president and CEO of Planned Parenthood Arizona.

But Dahlgren thinks the tide has been turning against abortion for some time.

“Arizonans value human life,” she said. “Women have been told for so long that abortions are the answer to unplanned pregnancies, but now they are starting to learn that they are not alone.”

Fonteno was reluctant to predict how Johnson might rule.

“We don’t have a crystal ball,” she said. “We will determine what our next step is and our strategy moving forward depending on what she (Johnson) comes out with in September.”

For Gibson, the fight “is everything.”

“The stakes could not be higher,” she said. “If abortion is outlawed, there is going to be suffering for pregnant people and their families.”