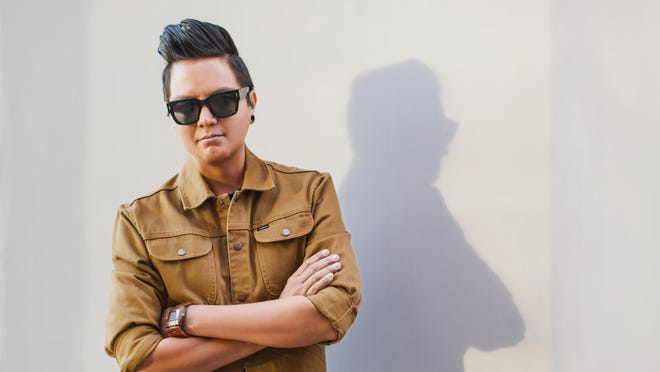 Ty Largo, a charismatic face in the Arizona dining scene who managed public relations for a laundry list of star chefs and James Beard nominees, died at his home surrounded by family on July 27. He was 40 years old.

Through his marketing company Awe Collective, Largo was a fierce promoter of independent restaurants and pushed the envelope with savvy and often provocative ad campaigns. Born in the Navajo Nation and a member of the Diné community, Largo was an advocate for native and LGBTQ rights. He died after a “private battle with his health,” according to a statement from Awe.

“He was always the smartest guy in the room. Even people that didn’t like him respected him,” close friend Justin Lee said. Lee worked with Largo at Awe Collective and credits Largo with fostering his career. “I’ve worked at a bunch of agencies. A lot of times clients lead the conversations. But with Ty, he would tell them what to do and they would eat it up. … He was just such a refreshing breath of fresh air in those rooms and people loved working with him.”

‘He was so much more than just a marketing person’

Largo was born Aug. 23, 1981, in Shiprock, New Mexico, and moved to the West Valley at the age of 2. He attended Arizona State University for several years but did not finish his bachelor’s degree, a fact he wore as something of a badge of honor, describing himself as a “college dropout-turned top of his game, two-fold minority business owner” on his website. Before he turned 30, Largo already owned his first ad agency, Rivers & Leaves Marketing, and wrote a popular Valley food blog called JuxtaPalate.

A regular at the now-closed Old Town Scottsdale restaurant Cowboy Ciao, Largo began his restaurant marketing career by striking up a friendship with chef Bernie Kantak. This sparked a decade-long working relationship. Kantak credits Largo with popularizing his signature dish, the Stetson Chopped Salad, which some call the unofficial state salad of Arizona.

“He was so much more than just a marketing person. He was a close friend,” Kantak said. “Sometimes he would come up with some ideas that didn’t fully resonate. … And he would fight for what he thought was best. He really had our best interests at heart.”

‘We had to create it for ourselves’

A true enthusiast, Largo was adept at making instant and lasting connections throughout the hospitality industry. His friendships went beyond the bounds of traditional client relationships, and he was friendly with an array of food writers in Phoenix, Flagstaff and Tucson. (Full disclosure, Largo was someone I kept in touch with over the course of my career, though we only met a handful of times.)

“Not having any agency experience as his own, he didn’t know what a traditional agency was supposed to be. He just knew he could do the work and he could do a great job at the work,” Chianne Nass said. Nass helped Largo build Awe Collective and was director of operations, his second in command. “We didn’t have a frame of reference for, ‘What does this look like, how are things normally done?’ We had to create it for ourselves.”

Nass said that like any creative, Largo was insistent about only working with clients he respected. Nass and Lee recalled that Largo would turn down corporate accounts in favor of trendsetters and independent restaurants. It was very hard to get him to do things that he didn’t like, Nass said, but when he was passionate about something, he really knew how to catch people’s attention.

‘His love and passion for food and drinks showed through’

Rochelle Daniel, who earned a James Beard nomination for her Flagstaff restaurant Atria, said that whenever Largo came into her restaurants, he drew all the attention in the room.

“He just radiates. It’s kind of like in the old school mafia days when people would show up, certain people. We treated him like family,” she said. “His love and passion for food and drinks showed through.”

Chip Mulala of Huss Brewing Company said Largo probably didn’t even realize the impact he’d had across the community.

“He lived by the mantra, ‘A rising tide lifts up all boats.’ He was a marketing genius, but he was always willing to share and give advice to the little people,” he said. “He sparked a need that wasn’t there before, that people started paying more attention to their marketing and their messaging. … He inspired people to look at themselves and their business.”

Memorial details have yet to be announced. In lieu of gifts, Largo requested donations be sent to the LGBTQ youth organization One-n-ten.