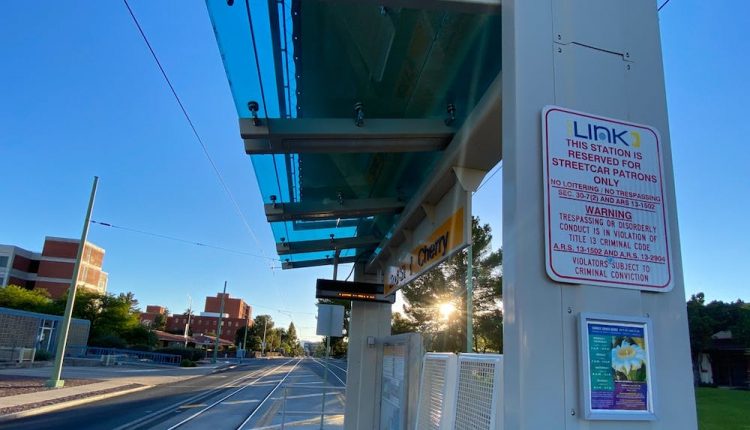 Sun Tran services adopted a free fair policy during the height of the COVID-19 pandemic in 2020 and is set to resume a paid fair system this coming January. As free access to bus and Sun Link streetcar services has become a regular aspect of life for many UA students, the return of fairs has faced backlash from the UA community. Students led by ASUA attended the council meetings as part of the #WhyIRide initiative, which is targeted at keeping Tucson’s public transport system free and accessible.

After reports from councilpersons, the mayor and the city planner, the meeting moved to a call to the audience, where attendees are given the opportunity to speak directly to the council for three minutes each.

“Today, I want to speak to the issue of safety,” said Amy Gaudet, a UA student and senator representing the College of Social and Behavioral Sciences. “It is an issue that I can speak to not just as a representative of University of Arizona students, but as a long-time resident of Tucson and as a woman. I’ve been harassed both on and off campus walking down the street more times than I can count. And sometimes, having to walk in Tucson can be terrifying, especially given the lack of street lights both on the [UA] campus and throughout Tucson. What makes public transportation, as an alternative to walking, such an important option for not just students at the [UA]but for the faculty at [UA], for anyone who resides in Tucson and wants to feel safe on campus. I can tell you, that in my personal experience, I have always felt safer on a well-lit bus than I have walking down the street at night.”

Students discussed the importance of free transit as a solution to climate change, a refuge from Tucson’s hot temperatures, a solution for students without cars and a way to explore Tucson.

Tucson Mayor Regina Romero paused the call to the audience section to address the UA students after around thirty minutes of audience participation. Only seven of the UA students in attendance had spoken.

“Transit costs money; fares contribute to that cost of transit in our community,” Romero said. “Other cities around the country have partnerships with their universities. Their universities pay into the transit system in order to make it free for students, faculty and staff. The University of Arizona does not do that. I have personally been talking to [President Dr. Robert C. Robbins] about the possibility of the University of Arizona contributing to our transit system, so I think it would be as effective for you all to show up to either [Arizona Board of Regents] or President Robbins’ meetings that he has for students, faculty and staff to let them know that would be a valuable investment.”

The student group left the council chambers after Romero’s response.

“I think tonight’s meeting went fantastic,” Robles said. “Passionate students of the university student body joined us on a Sun Link ride to express their concerns about the reimplementation of fares come January 2023. If a decision isn’t made by the council, we had passionate testimonies from people who rely on public transportation every single day. We had passionate testimonies from people who call Tucson home and who want to call Tucson home, and this is only the beginning of a grassroots effort to keep public transit free led by the students at the University of Arizona.”

You can access a full recording of the latest city council meeting on the city council’s website. Speeches by UA students begin around timestamp 5:27:00.