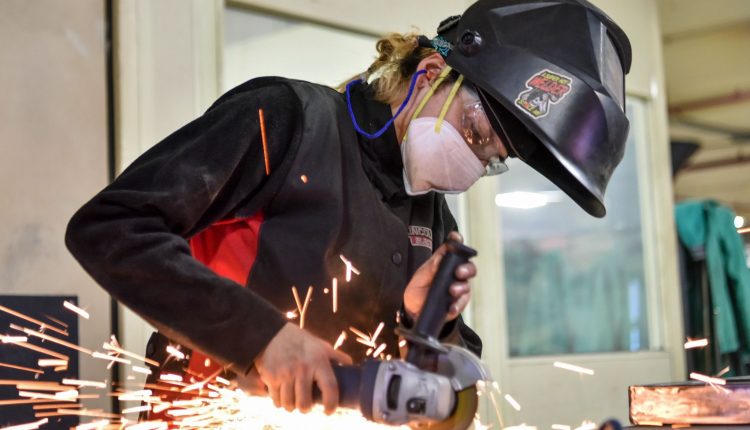 Union membership in Arizona inches up, still trails most of the nation

WASHINGTON – After bottoming out at 4% in 2017, labor union membership in Arizona has been slowly rising, but it is still well behind levels of previous years and only about half of the national average.

In 2021, the most recent year for which Bureau of Labor Statistics data is available, it said 5.4% of workers in Arizona were represented by a union, or 167,000 of the 3.1 million workers in the state. That compares to a national union membership rate of 10.3% for the same year.

The overall percentage of Arizona workers who are represented by a union, without necessarily being a member, was 6.7% last year. Union-represented workers made up 11.6% of the workforce nationally.

Even though polls show support for unions at the highest levels since 1965, experts were not surprised by the numbers in Arizona, one of 27 right-to-work states in the nation. That’s on top of what one analyst called a system that “actively prevents people from being able to form unions” in the U.S.

“The most obvious disconnection is that the process for actually organizing and getting recognition for unions is extraordinarily onerous,” said Michael McQuarrie, director of Arizona State University’s Center for Work and Democracy.

“It’s also highly fragmented, which means that even if workers … decide to form a union, they have to run a completely ridiculous gantlet of law and union-busting to get there,” he said.

Within the past year, however, there have been glimmers of hope for supporters of the labor movement in Arizona. Bud-tenders at a Curaleaf in midtown Phoenix voted this summer for representation by United Food and Commercial Workers Union, while workers at several Starbucks in the state have voted this year for union representation by Workers United.

A Gallup survey ahead of Labor Day reported that 71% of Americans approve of labor unions, up slightly from 68% last year and the highest since 1965. The telephone poll of 1,006 people was taken from Aug. 1-23 and has a margin of error of plus or minus 4 percentage points.

“It’s a constant struggle that we see: Everybody is supposed to, by law, have the ability to freely express whether they want to join in or not,” said Steve Smith, AFL-CIO director of communications.

“Over the years, labor law has become weakened, and hasn’t kept up with the times. And so as a result, it is very difficult for workers to, to join in or … freely express that they want to get in,” he said.

For example, Arizona lawmakers approved a law this year that prohibits public employers, at state and local levels, from spending public money or granting paid leave to unionized employees to engage in union activities. The law, which takes effect later this month, would allow any state resident to bring suit against a public employer who violates the law.

“We’ve seen more and more conservative states adopt these laws, which essentially hamstring unions in a number of ways and make it more difficult for units to build power for workers,” Smith said. “And, you know, Arizona is in that environment.”

In a Washington forum Thursday, AFL-CIO President Liz Shuler said the labor movement has been “working hard for the past 30, 40 years,” but with a tight labor market and wages that have not kept up with the cost of living, she expects more workers to step forward.

“Just now, have we seen the labor market tightening, the ability for workers to have that courage … that more secure feeling that they can take a risk,” to organize, she said. “And I don’t think that’s going away.”

Smith said anti-union sentiment like that in Arizona “makes it more difficult” for unions. But he said the work continues.

“The optimism we have now is we’re seeing workers persevere through that, like workers in Arizona – Starbucks, in the Phoenix area, there have been several Starbucks stores that have organized,” he said. “That’s an incredibly important and optimistic sign for the future.”

‘He Stood His Ground’: California State Senator Will Leave Office as Champion of Tough Vaccine Laws