US Army tested the XM1299 artillery system prototype in Yuma

WASHINGTON, US — The US Army has conducted extensive testing to develop the XM1299 self-propelled howitzer. The tests took place at the Yuma Proving Ground, Ronkainen wrote on his Twitter account. The XM1299 is part of the US Extended Range Cannon Artillery [ERCA] program. 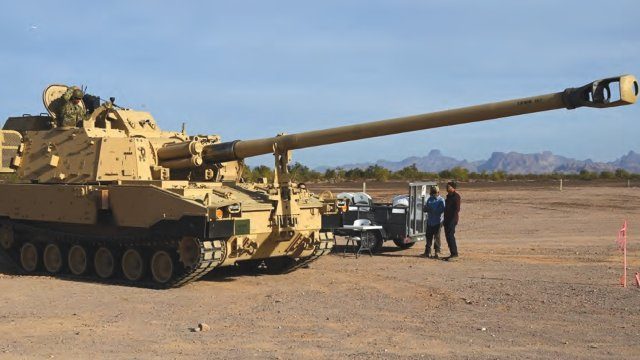 It can be said that the XM1299 is an ambitious project. This weapon is designed to stay further back from the front lines in war. Its range is key for this purpose – 70 km. It is achieved thanks to the rocket-assisted round combined with the length of the artillery gun – over 9 meters. Otherwise, the XM1299 retains the use of 155mm caliber shells.

If we compare the range between the future artillery in the form of the XM1299 and the present in the form of the M109A7 Paladin, then it increases almost twice. The M109A7 has a 38 km operational range. The rate of fire of the new howitzer is not to be underestimated. By default, she will fire three projectiles per minute. However, BAE Systems intends to install an automatic loading system, which will increase to 10 rounds per minute.

Let’s say a few words about the automatic charging system. BAE System started with an ambitious idea. 31 projectiles were original to be carried by the automatic loading system. This led to a problem – its size was too large for the XM1299. Thus, either the design of the XM1299 had to be changed or the payload of the automatic charging system had to be reduced. BAE System chose the latter, as it is already designed to carry 23 shells. In this way, the company not only improved the weight of the howitzer but also achieved a better center of gravity. 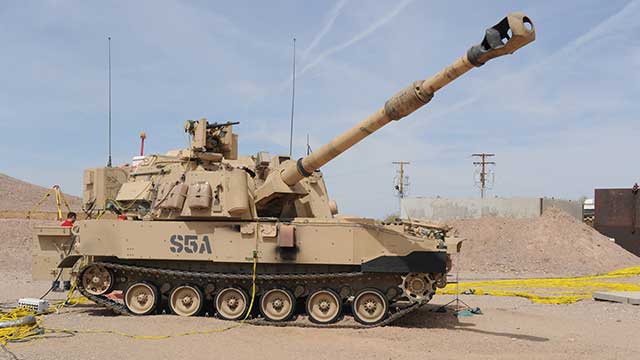 Arguably the XM1299 is the better version of the M109A7 as long as it uses its chassis. The new gun is a huge difference. 45 million USD was received by BAE Systems four years ago to develop and install it precisely on the M109A7. By all accounts, the effort was worth it.

Speaking of the cannon, we cannot miss the projectile that will fire it. The XM1113 is a next-generation 155mm artillery round. It was developed by General Dynamics Ordnance and Tactical Systems. It features a high-performance rocket engine and an insensitive explosive. In addition to being compatible with the XM1299, the round was developed to be used by two other howitzers, the M777A2 towed howitzer and the M109A7 Paladin self-propelled howitzer. 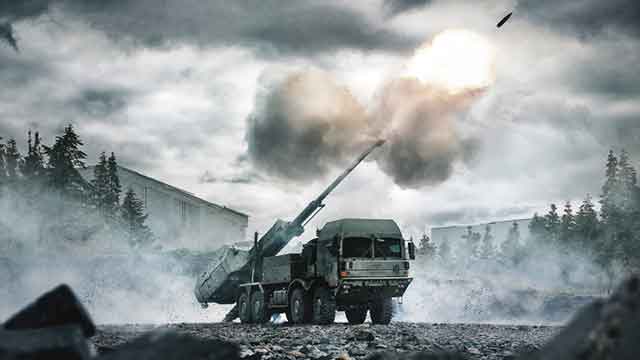 In 2023, several more operational tests of the XM1299 will be conducted. The US will then have to start mass production once it is standardized. The deployment of XM1299 is expected to take place in 2025.

[Note: “X” is placed in front of the name of the weapon system to indicate that this is a prototype under development. Once standardized and accepted for service, the self-propelled howitzer is designated the M1299].

Follow us everywhere and at any time. BulgarianMilitary.com has responsive design and you can open the page from any computer, mobile devices or web browsers. For more up-to-date news, follow our Google News, YouTube, Reddit, LinkedIn, Twitter and Facebook pages. Subscribe to our Newsletter and read our stories in News360App in AppStore or GooglePlay or in FeedlyApp in AppStore or GooglePlay. Our standards: Manifesto & ethical principles.

Kearny Ray rains down on Tucson The Gregory 36-22