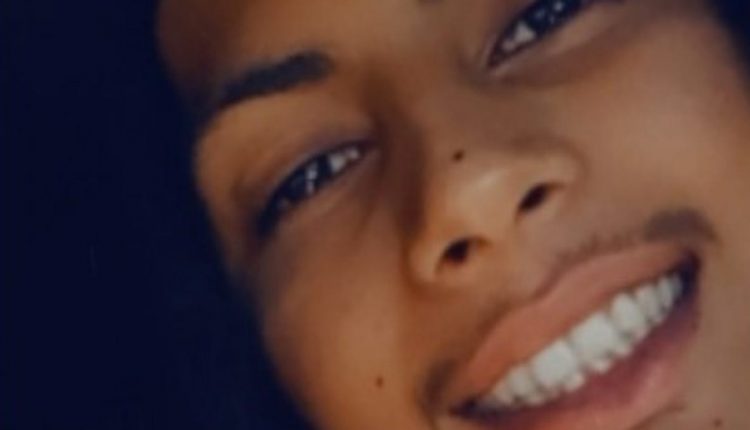 His mother said he spent nearly his entire paycheck on them as a treat to himself. But the 19-year-old put on his Air Force sneakers for the occasion of hanging out with his friends that evening, saving his new purchase for another time.

Some hours later, as he and friends walked through a field, the Phoenix teenager was gunned down by an unknown assailant.

Now the Air Jordan sneakers sit at an altar in Cardona’s bedroom.

As Cardona’s family plans a Friday evening candlelight vigil to honor him, his mom and aunt are seeking answers on the shooting that cut Cardona’s life short.

“He was a loving, smart man with his whole life ahead of him,” Danette Hernandez, 42, said about Cardona, who was her youngest child. “He was my everything and my pain has only begun.”

Hernandez’s paternal aunt, Sonia Torrez, 52, said he was a good kid, not involved in gangs nor was he a troublemaker. She said he overcame any obstacle he faced.

His mom described him as a nature lover who enjoyed traveling, playing basketball and meditation.

Hernandez said Cardona was employed through the City of Phoenix Summer Youth Employment Program, Reach and Invest in Summer Employment (RISE). She said Cardona was working on earning his GED and wanted to become an electrician and start his own business.

The shooting occurred around 1 on July 16 near 40th Avenue and Roosevelt Street, about a block away from Alta E. Butler Elementary School. Cardona suffered a shot to the back, according to Torrez, and his two friends were uninjured.

Cardona was in the area while visiting a friend, Torrez said. Cardona’s aunt and dad saw him one last time shortly before the incident, Cardona’s mother received a call about his death soon after.

Since there was no description of the assailant or the vehicle, Hernandez and Torrez said Phoenix Police do not appear to have any leads.

A police spokesman on Friday said there was no new information to share on the homicide investigation since the news release on the case was issued the day of Cardona’s death.

“I just don’t want this to go down as another statistic,” Torrez said about her nephew’s shooting.

A candlelight vigil honoring Cardona is slated for 7:30 pm Friday at the cross streets of where he was killed, 40th Avenue and Roosevelt Street.

The family on Thursday was making funeral arrangements for Cardona. A GoFundMe has been set up to benefit those expenses, with less than half of the $6,500 goal met as of Friday. A car wash to raise money is planned for 7 am-5 pm Saturday at the North Phoenix Baptist Church, South Campus at 6520 S. Central Avenue.

Torrez’s nephew was an affectionate young man, she shared.

“Every time he saw me, he made sure he came and gave me a hug and a kiss goodbye,” Torrez said.

Cardona had been sporting long dreadlocks for four years — a look the churchgoing teen assured to his aunt wasn’t just a fashion statement but also of spiritual significance.

“‘I know the meaning of it, tía. I wouldn’t just do something I don’t know about,” she said her nephew told her of his hairstyle.

“He has a big loving family that’s going to miss him terribly,” Torrez said.

Anyone with information is asked to contact Phoenix PD at 602-262-6151, or Silent Witness at 480-WITNESS or 480-TESTIGO for Spanish if they seek to remain anonymous.