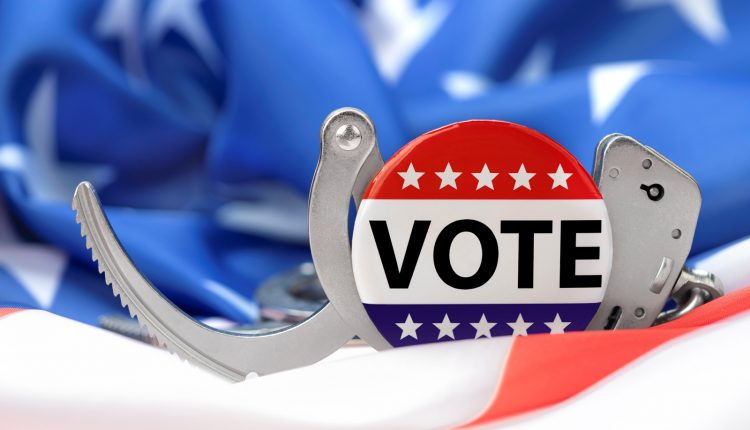 PHOENIX (CN) — Voting advocacy groups sued Arizona to block a new law that could criminalize volunteers or organizations who provide registration or voter assistance to individuals registered to vote outside the state.

According to the federal complaint filed Monday evening in Phoenix, Senate Bill 1260 is a vague law that affords officials subjective measures to target volunteers and voting groups who provide mistaken voters a “mechanism for voting.”

“The term ‘mechanism for voting’ is not defined, but the statute expressly emphasizes that it is broad enough to include the mere act of ‘forwarding an early ballot’ addressed to the voter,” the 30-page lawsuit states.

Plaintiffs Arizona Alliance for Retired Americans, Voto Latino and Priorities USA all provide voting outreach to the public. They claim their volunteers or even a voter’s family member could face Class 5 felony charges for the voting support mishaps.

“Consider an Arizona parent who receives an early ballot in the mail for their child who just finished college out of state but is eligible to vote in Arizona,” the groups say in their complaint. “That parent could face felony charges if they forward the student’s early ballot to them if the student at some point registered to vote in their out-of-state college town — even if the student has no intention to, and never actually does, vote in two places.”

According to the groups, the new requirements will disenfranchise employees or volunteers and hinder their mission. The law’s felony provision would require the groups to proactively affirm voters have never registered or that the voter has canceled their out-of-state registration.

“This risk will severely chill voter registration and mobilization efforts in Arizona, resulting in an undue burden on groups and individuals engaged in these efforts and voters who benefit from them,” the lawsuit claims.

The groups also assert a separate provision, the cancellation and removal provision, unjustly cancels mail-in ballots for individuals who move out of a county, leaving voters perpetually waiting for their ballots.

“The Cancellation and Removal Provisions do not require county recorders to notify the voter or ask for their consent before canceling their voter registration or removing them from the active early voting list; in fact, they do not require county recorders to make any inquiry at all of the voter, including to find out where the voter currently resides and intends to vote,” the August 15 lawsuit says. “The Removal Provision, moreover, will have a significant impact on the right to vote because the overwhelming majority of Arizonans vote early by mail.”

The provision also allegedly affords officials the ability to remove voters from the rolls by accepting third-party information, which defines some voters as ineligible.

Maria Teresa Kumar, president and CEO of Voto Latino, said in a statement Monday that the law amounted to an “affront to democracy.”

“SB 1260 is a perfect example of legislation designed to exploit unfounded fears of voter fraud in order to make it harder for eligible voters to cast a ballot,” she said. “Politicians in Arizona have piled obstacles in front of the voting booth simply because they don’t like the kinds of voters who want to participate in our elections. That’s not just an affront to democracy; it’s an attack on communities who deserve to have their voices heard on Election Day and to have politicians who are responsive to their needs.”

The groups are represented by Roy Herrera of Herrera Arellano in Phoenix and Aria Branch of Elias Law Group in Washington, D.C.