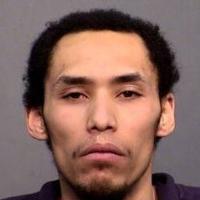 Ware pleads not guilty in downtown Flagstaff shooting, doubles down on self-defense claims | Crime and Courts

The 26-year-old man accused of shooting another man in downtown Flagstaff in March entered a not guilty plea in Coconino County Superior Court on Monday.

Court records show the shooting outside Collins Irish Pub & Grill near Leroux Street and Route 66 in the early morning hours of March 20 was a result of “family drama” between Treysean Ware and 26-year-old Frankie James Jackson. However, Ware claims he shot Jackson in an act of self-defense.

He’s charged with second-degree murder, aggravated assault with a deadly weapon and disorderly conduct with a weapon, in addition to drug and paraphernalia possession.

Ware’s attorney, Ryan Stevens, entered the plea for his client, who is currently being held in the Coconino County jail. He’s due to appear in court again on May 9 for a case management conference.

The defense doubled down on the claim that Ware shot Jackson in self-defense with a court filing Monday. The six-page disclosure says Ware’s use of self-defense was justified as he was protecting his own life and that of his friend, Brandon Patrick. Patrick was allegedly assaulted by the victim’s brother, leaving him unconscious, according to the filing and the probable cause statement.

Under Arizona law, “a person is justified in threatening or using physical force against another when there is a reasonable belief that it is necessary to protect themselves against the other person’s attempted or actual use of unlawful physical force.”

However, it must be considered “reasonable,” the attack can’t be provoked and it can’t be based on verbal provocations alone.

Stevens described Jackson as the “initial aggressor,” pointing to the “threatening” behavior of Jackson and members of his family, including allegedly throwing a bottle at Ware and the attack on Patrick.

The defense also pointed to previous text messages from both Jackson and his father that appeared to threaten Ware and his child.

“Im breaking yo jaw when i see you on YO DEAD HOMIES,” one message allegedly sent by Jackson to Ware read.

By filing this disclosure, the prosecution now has the burden of proving that the defendant wasn’t justified in using deadly force in self-defense.

The state had yet to respond to the filing as of Monday afternoon.