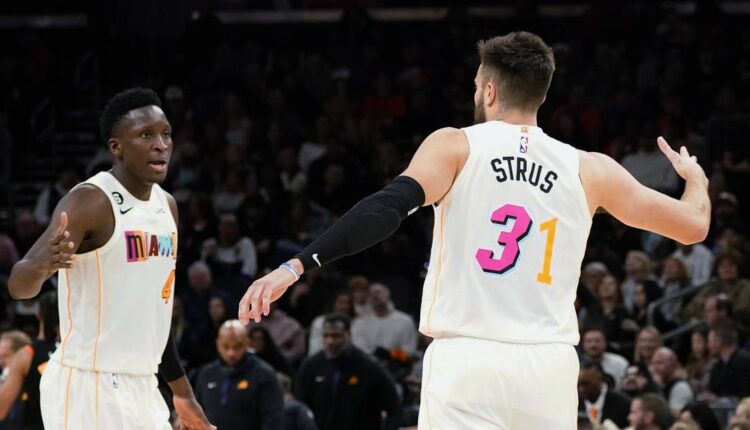 Was the win over Phoenix Suns a Miami Heat takeoff point?

A: If you are asking me if the Heat can be competitive and perhaps even contend when everything goes right with those four? Yes, there’s a possibility. But that is asking a lot. And I’m not sure you can take judgments from a game against the Phoenix Suns in their current state. For that matter, a bit more Victor Oladipo consistency is still needed. And it’s interesting that you don’t even mention Kyle Lowry. Ultimately, it comes down to much of what we have been discussing all season, the limited margin this team has with its somewhat questionable depth and concern about the luxury tax. Now, do it Sunday at home against the Nets, presumably with Tyler Herro back , and then the discussion becomes all the more compelling. Once Chris Paul was lost for Friday’s second half, the Heat should have accomplished exactly what they did, nothing less.

Q: It is interesting that both the Suns and Heat went into Friday with the same middling record. Both were winners of their conferences last year and the Suns had the best record in the NBA. So we are not the only team that is disappointing this season. – Roland, Borrego Springs, Calif.

A: With injuries a significant part of the equation for both teams. But both teams also are examples that if you don’t move forward with your roster, you often can be left behind. That certainly has been the case with the Heat, and appears to be the case with the Suns.

A: The next step is the Victor Oladipo consistency, and that takes time.