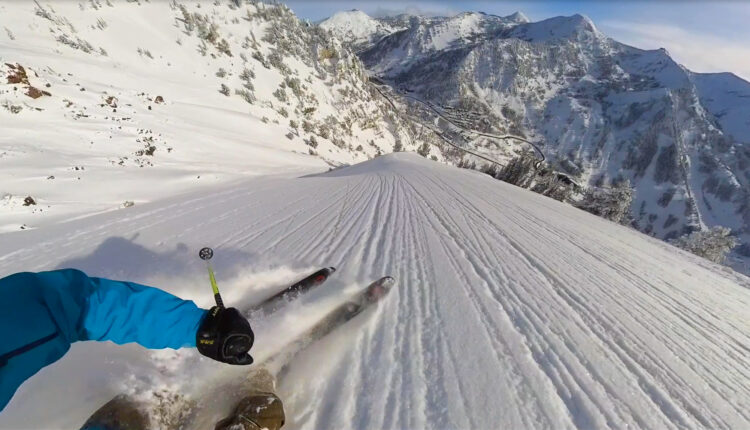 Plan: ski mellow terrain off the back of Flagstaff and back down the Flagstaff area (across the street from Alta).

Avalanche danger was Considerable, with a Persistent Weak Layer (PWL) deep down in the snowpack.

I had great company:

Andrew did a ski cut on the top, stomped around, and decided to give it a go.

We watched his first turn then it was nothing but blinding cold smoke.

Jordan went second, and the result was the same.

I snuck a little skier’s left, dropped in, hit a huge 18″ air, then porpoised and laughed to the bottom.

The snow was deep.

The snow was exquisite. 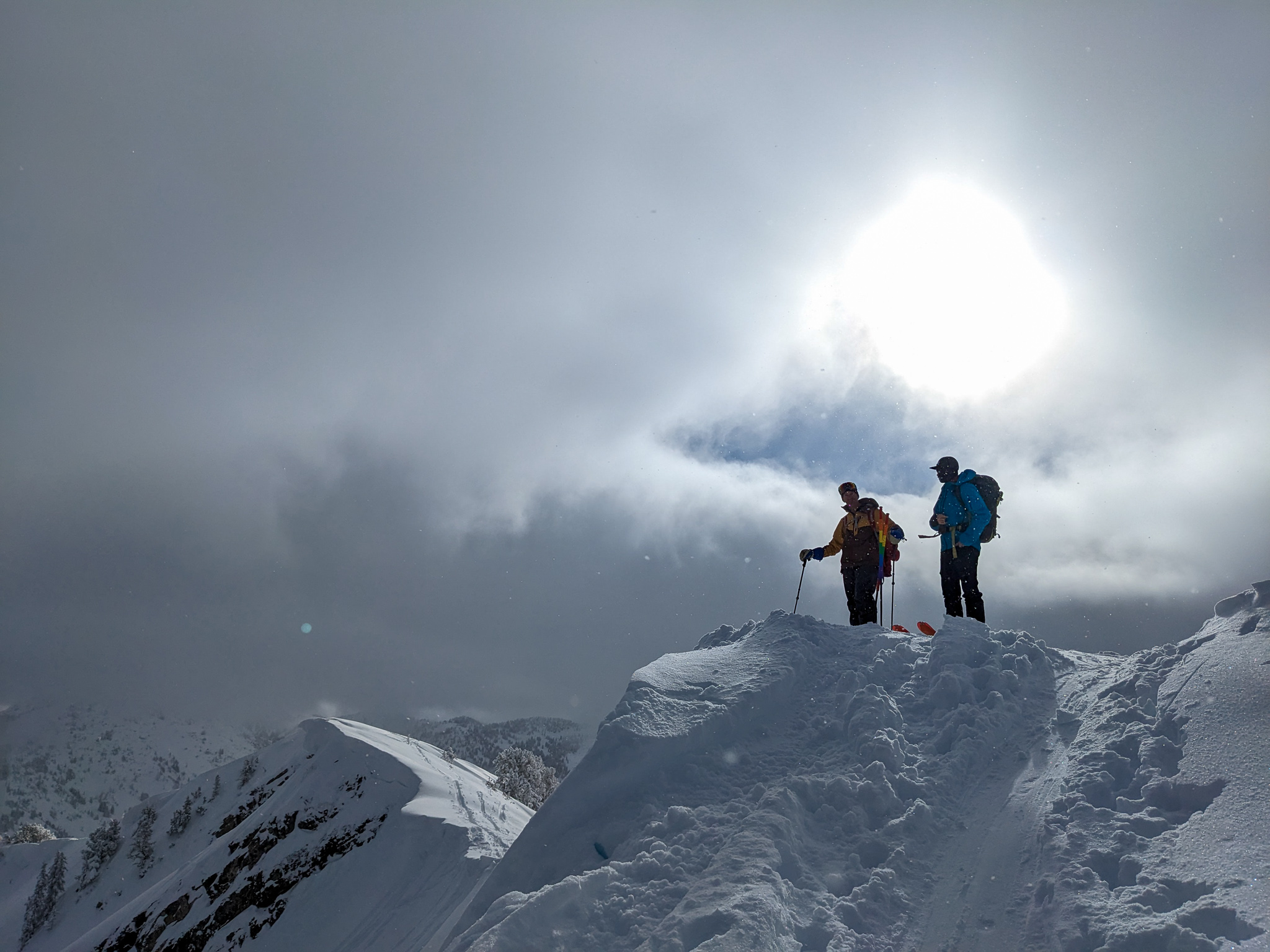 Back up, and we skied again in the same run with the same results.

Our ski cuts and experience showed no signs of instability. 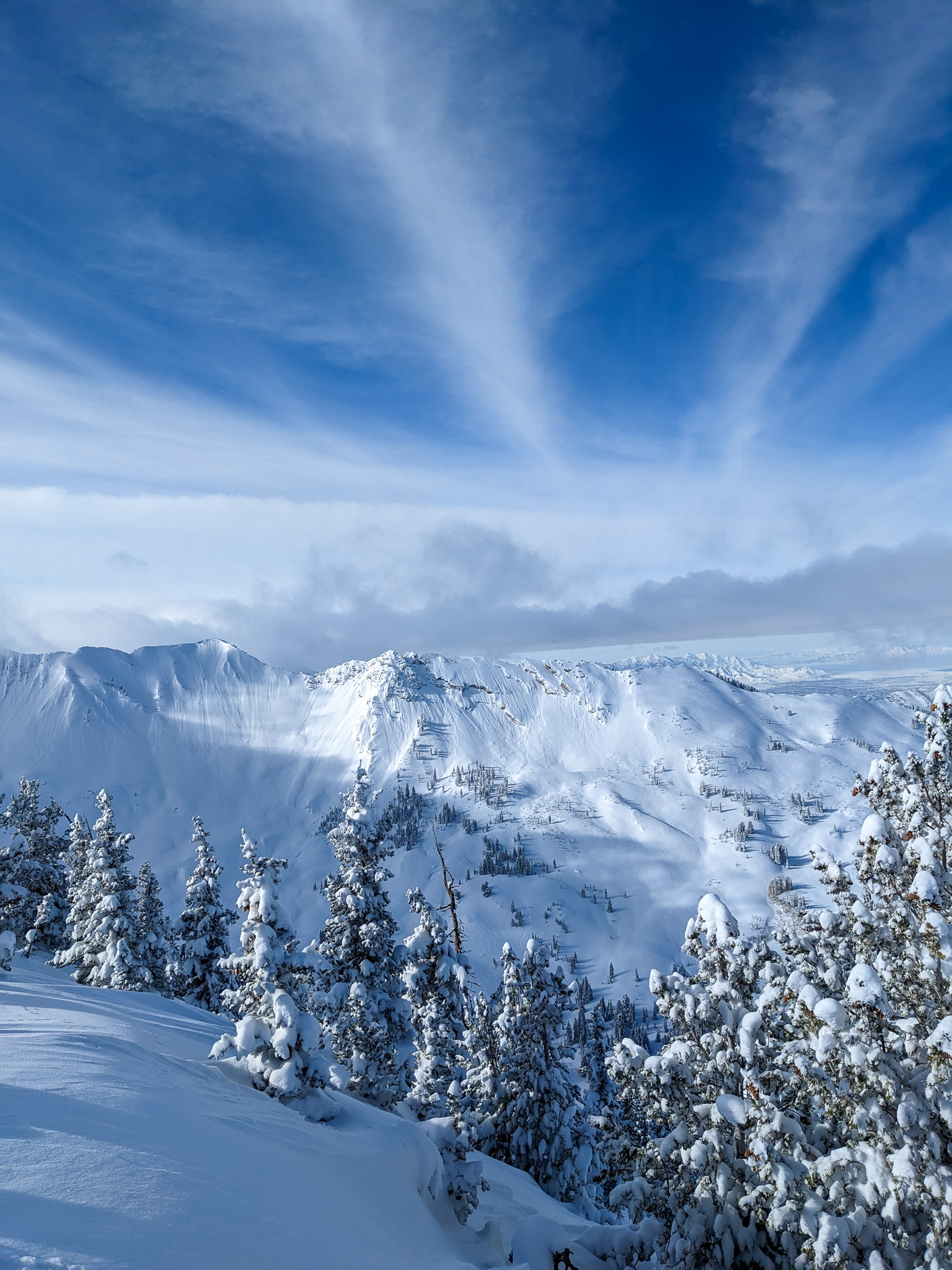 Andrew had to head home, but Jordan and I wanted more.

The sun came out. 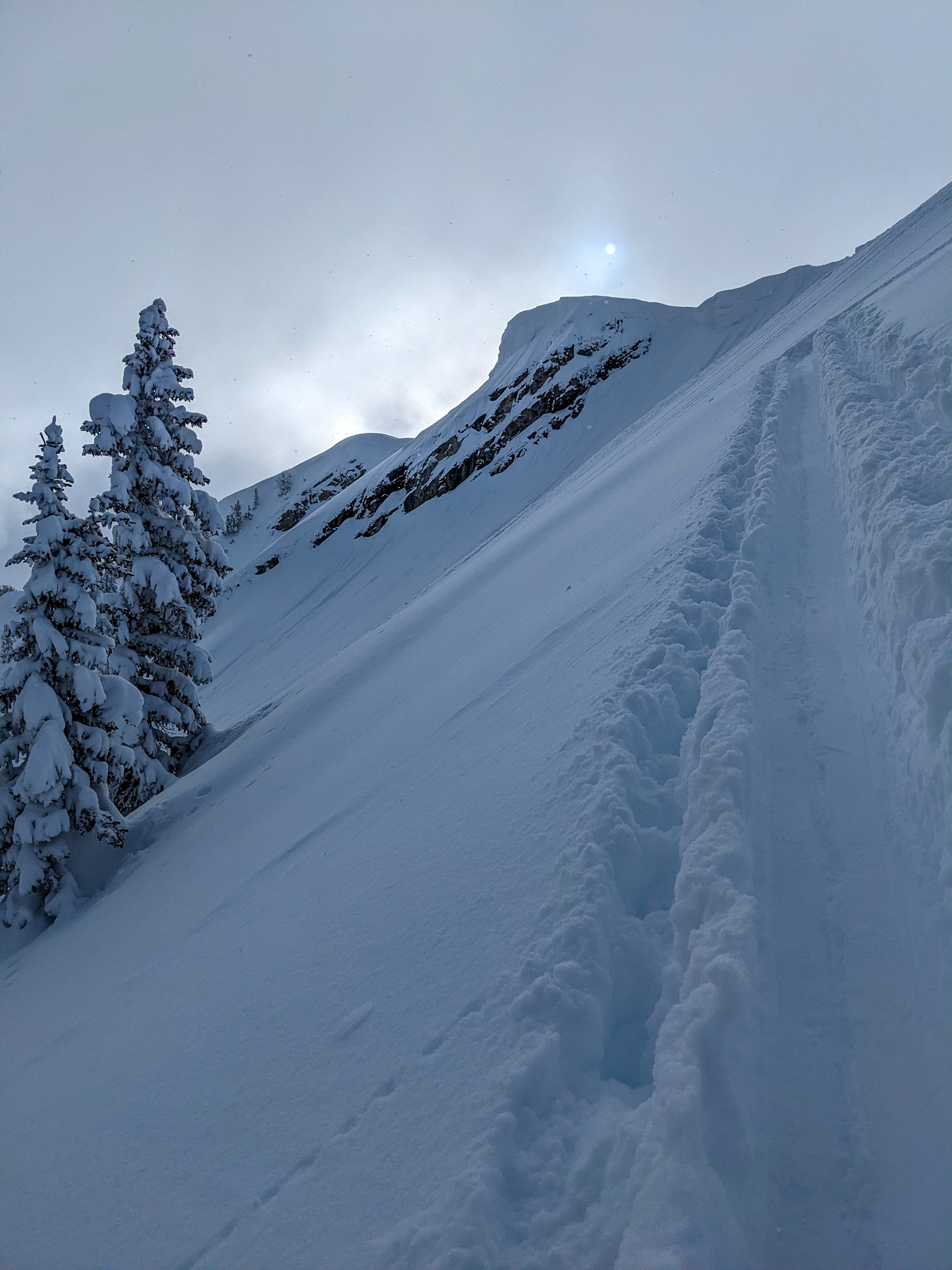 We worked with Parker & Chris to get in safely, and these guys were great communicators.

They went first, we had eyes on them, and they yelled info back to us.

We decided to go for the spicier entrance with a mandatory air into the chute. 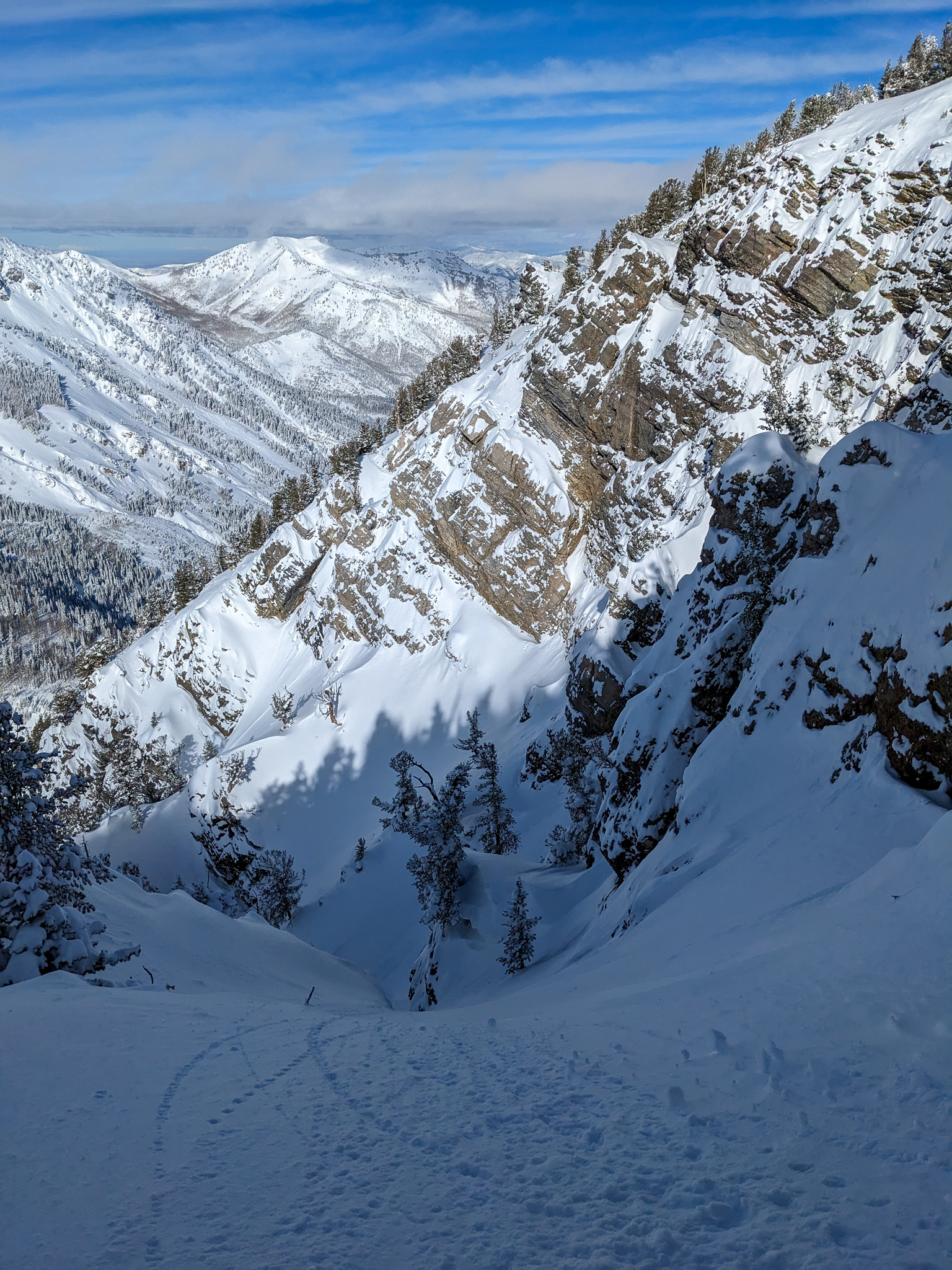 Looking down the spicy entrance of Hallway. image: snowbrains

Jordan went first and yelled back that it was good.

The funnel to mandatory air to cushy, sluff-pile landing was a dream.

From there, it was high-speed turns to the bottom of the chute. 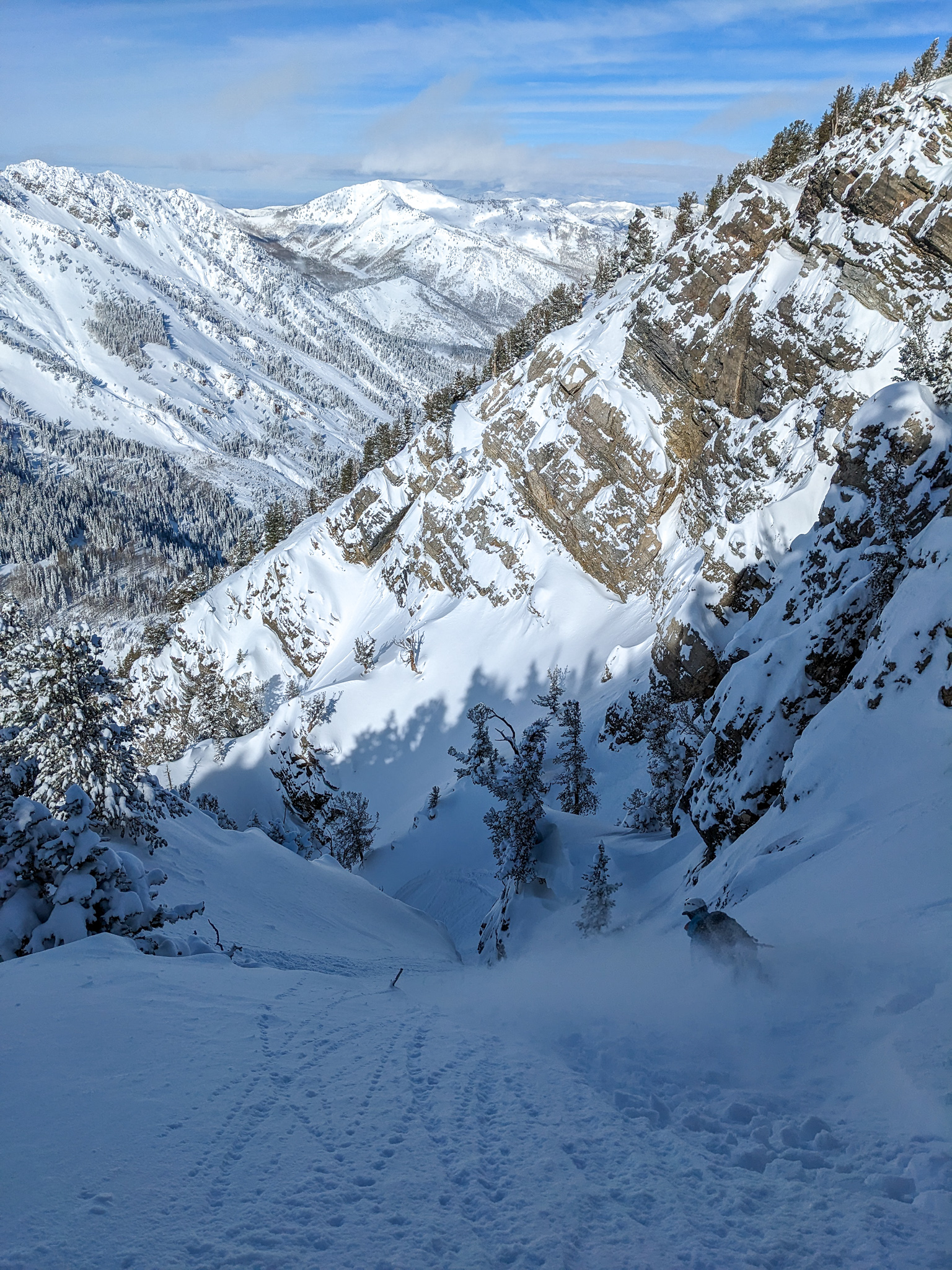 Being the 5th and 6th people in the couloir was no issue as the sluff and deepness of the snow made the whole chute smooth, deep, and refreshing.

Hallway’s chute drains into a large open area in the sun that skied deep.

It was hard to keep my tips up… 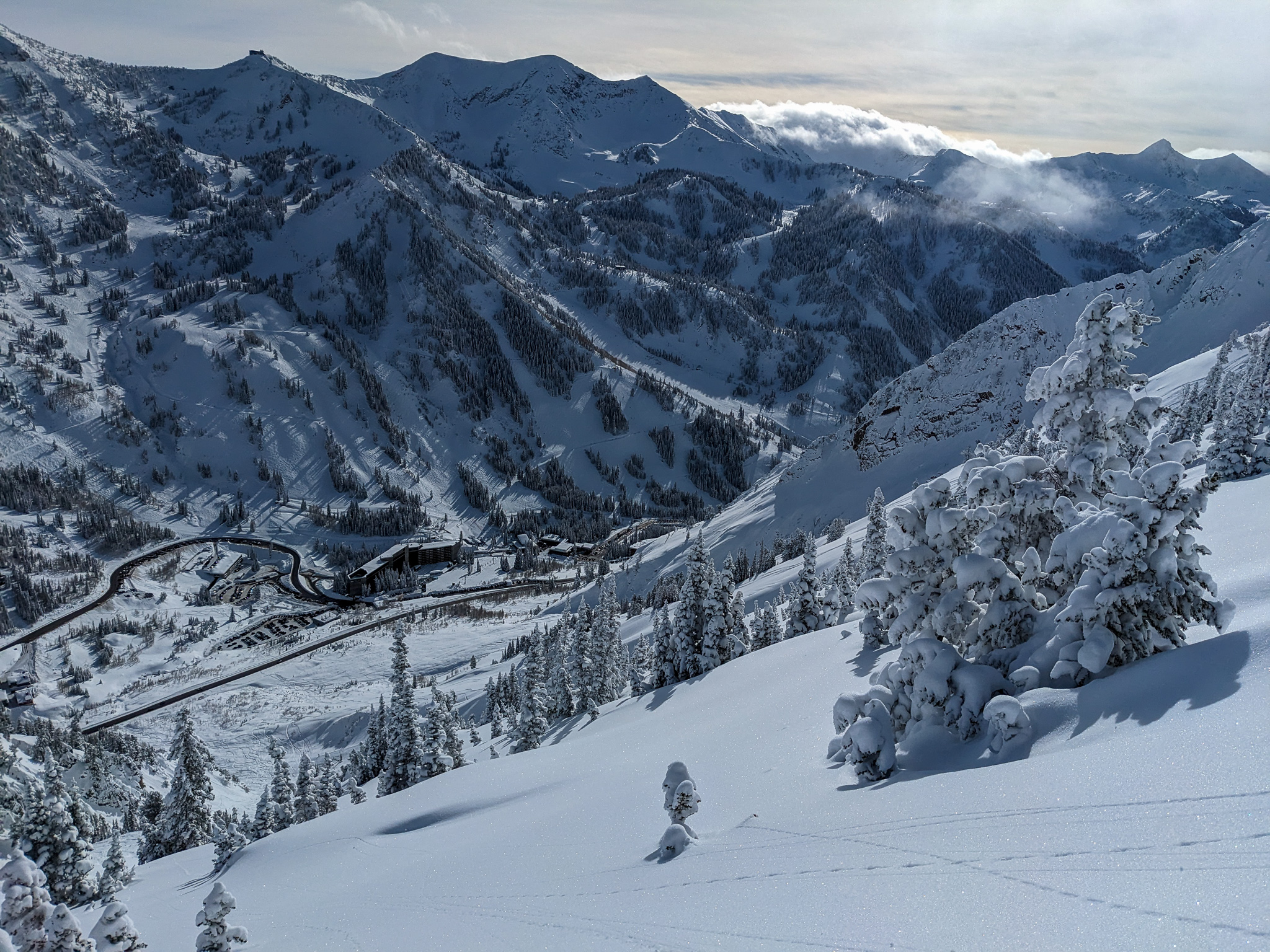 We hooted and ripped it down to the valley bottom.

From there, it was a long, grinding skinner back to the ridgeline of Mt. Superior.

We had a few choices, but we chose Little Superior for our run back down to reality. 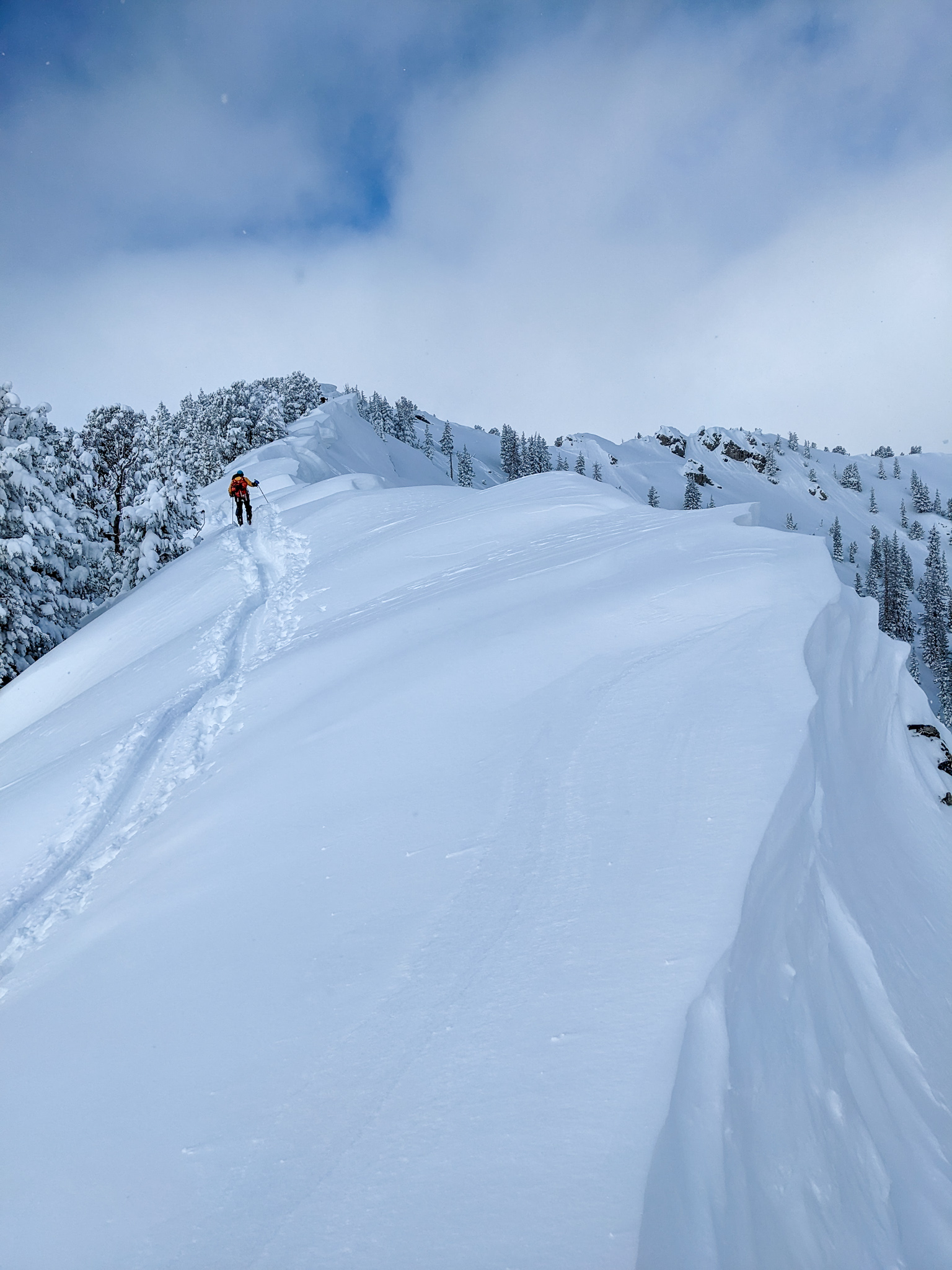 We scoped it hard from the ridge and saw that the line had been heli-bombed into submission.

Especially since we wouldn’t have been able to ski this line had it not been controlled by explosives, as the avalanche danger was too high and the line is too exposed. 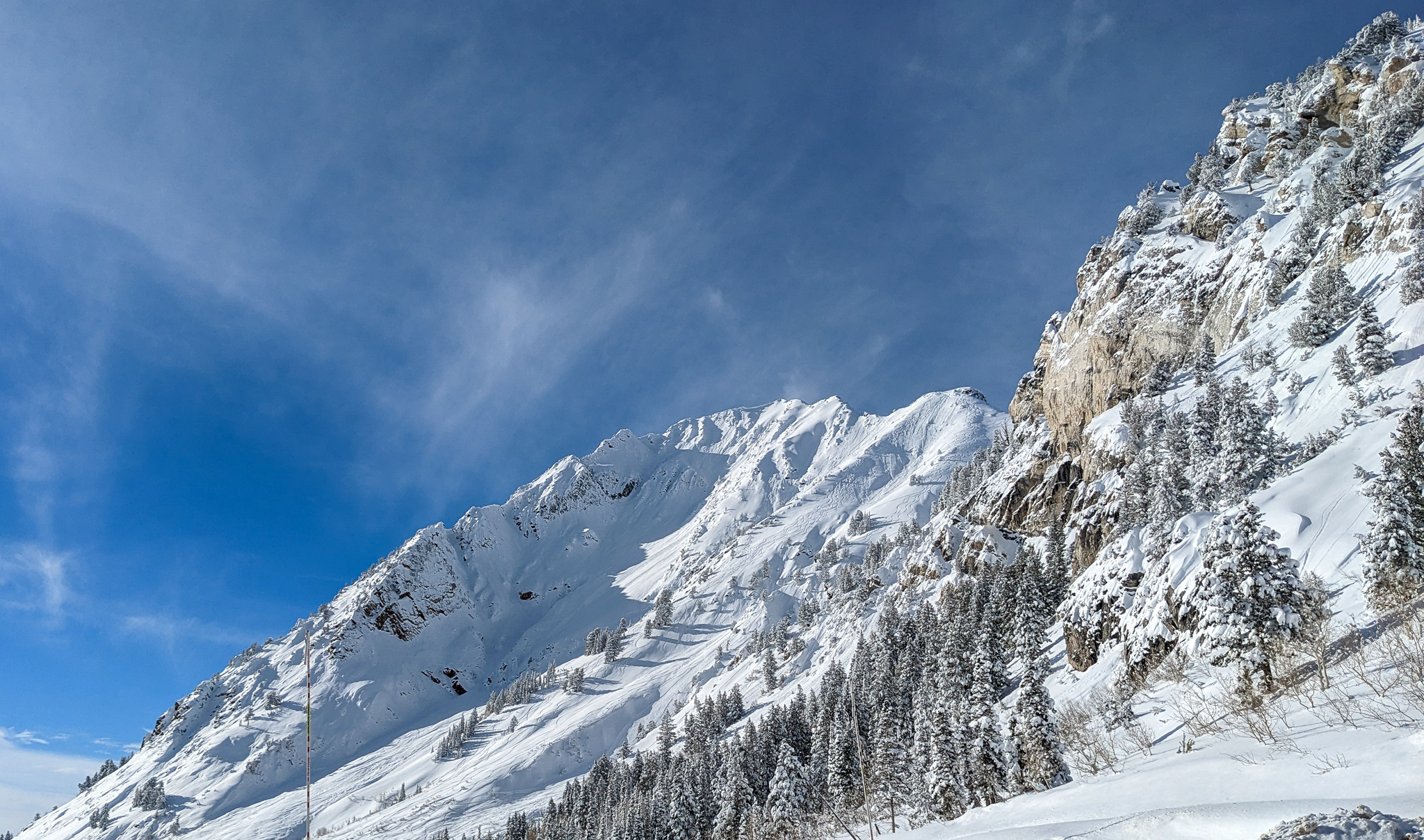 I dropped first, and again, it was deep.

By far the deepest snow I’ve skied on Mt. Superior.

At the end of the wide-open nose, we jumped straight into the mini spines and apron; it was all gravy. 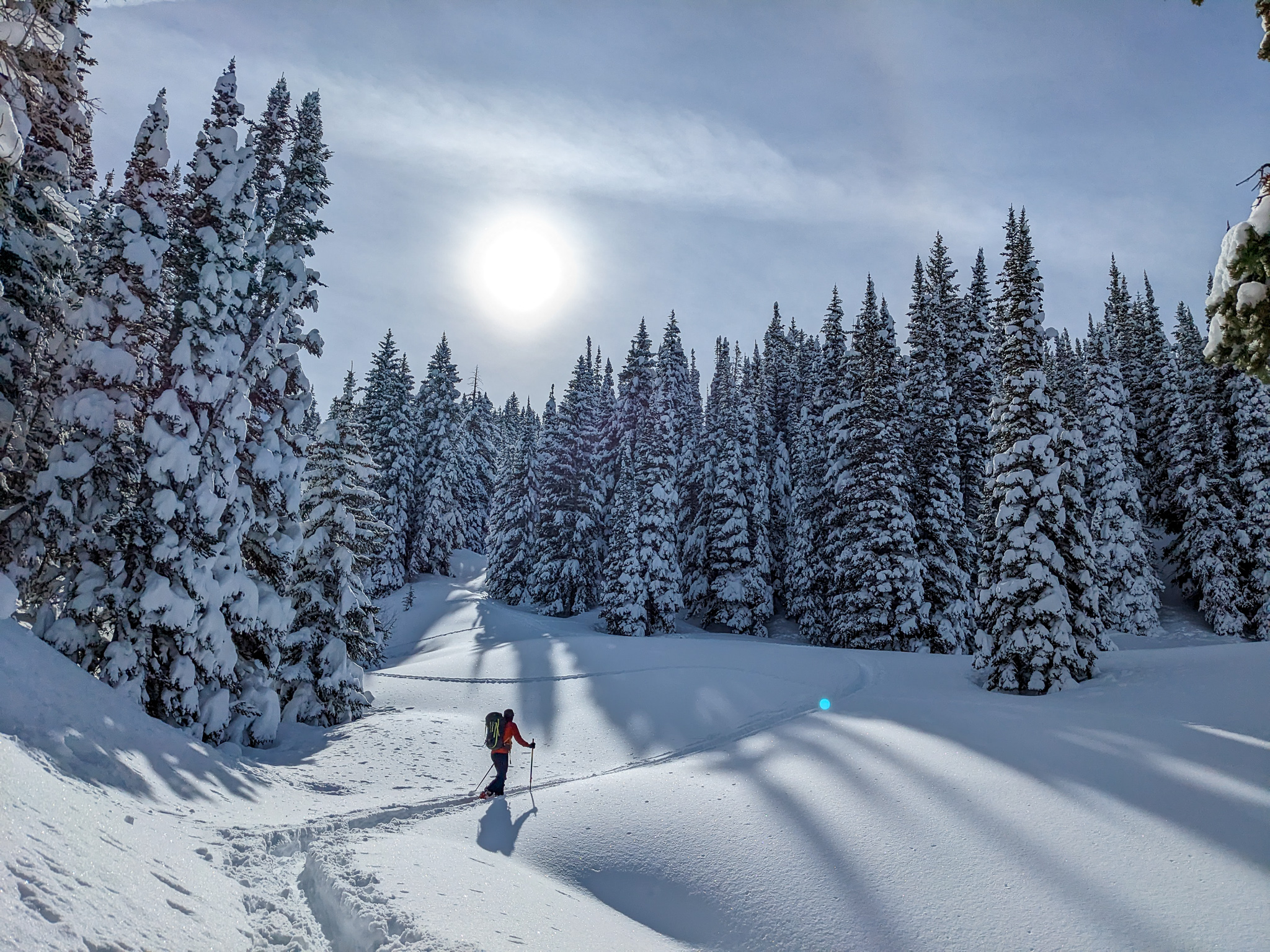 Some very small wet slides came off our skis towards the bottom that were easy to manage and avoid.

One of the best days I’ve ever had in the Wasatch. 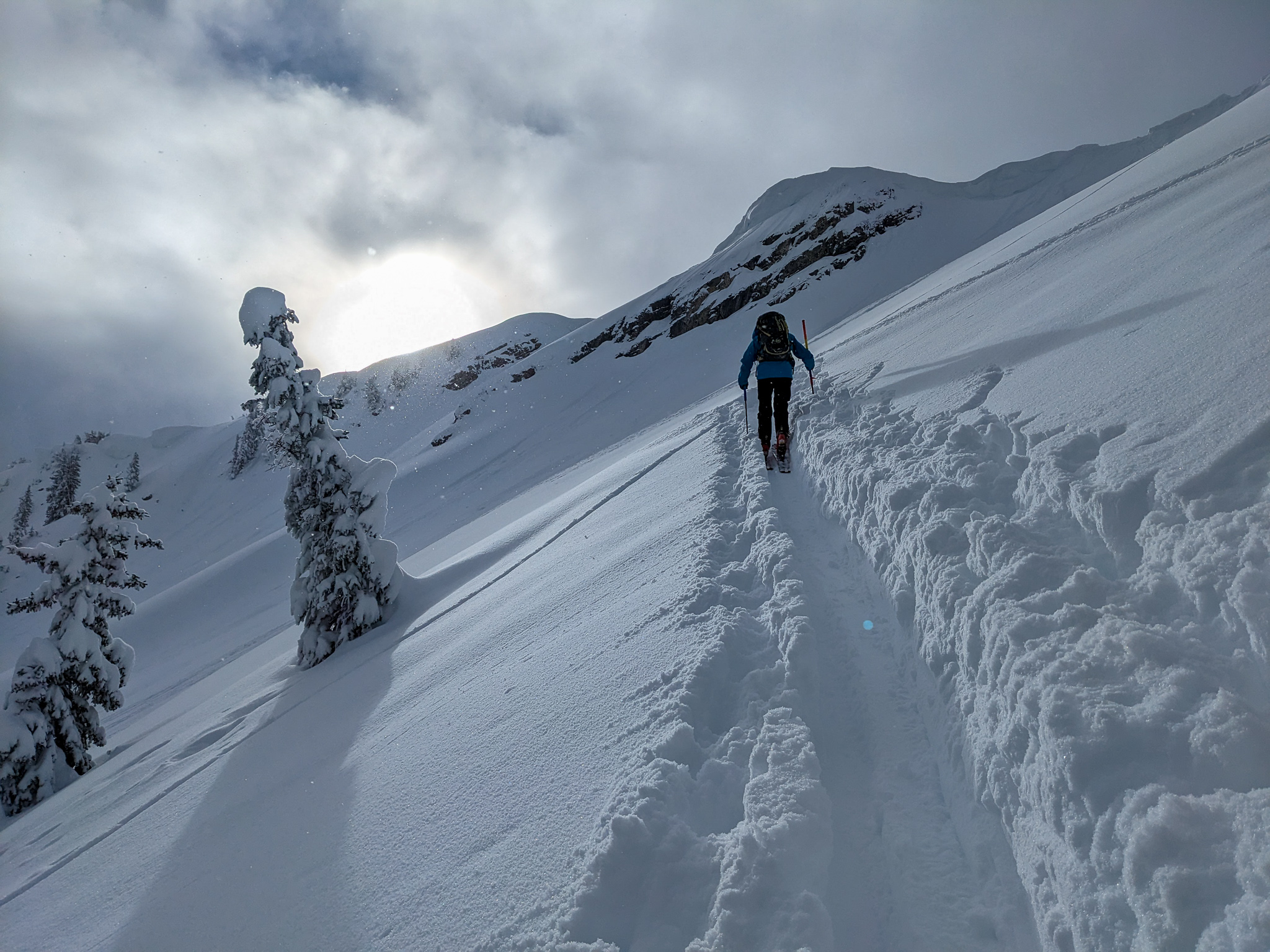 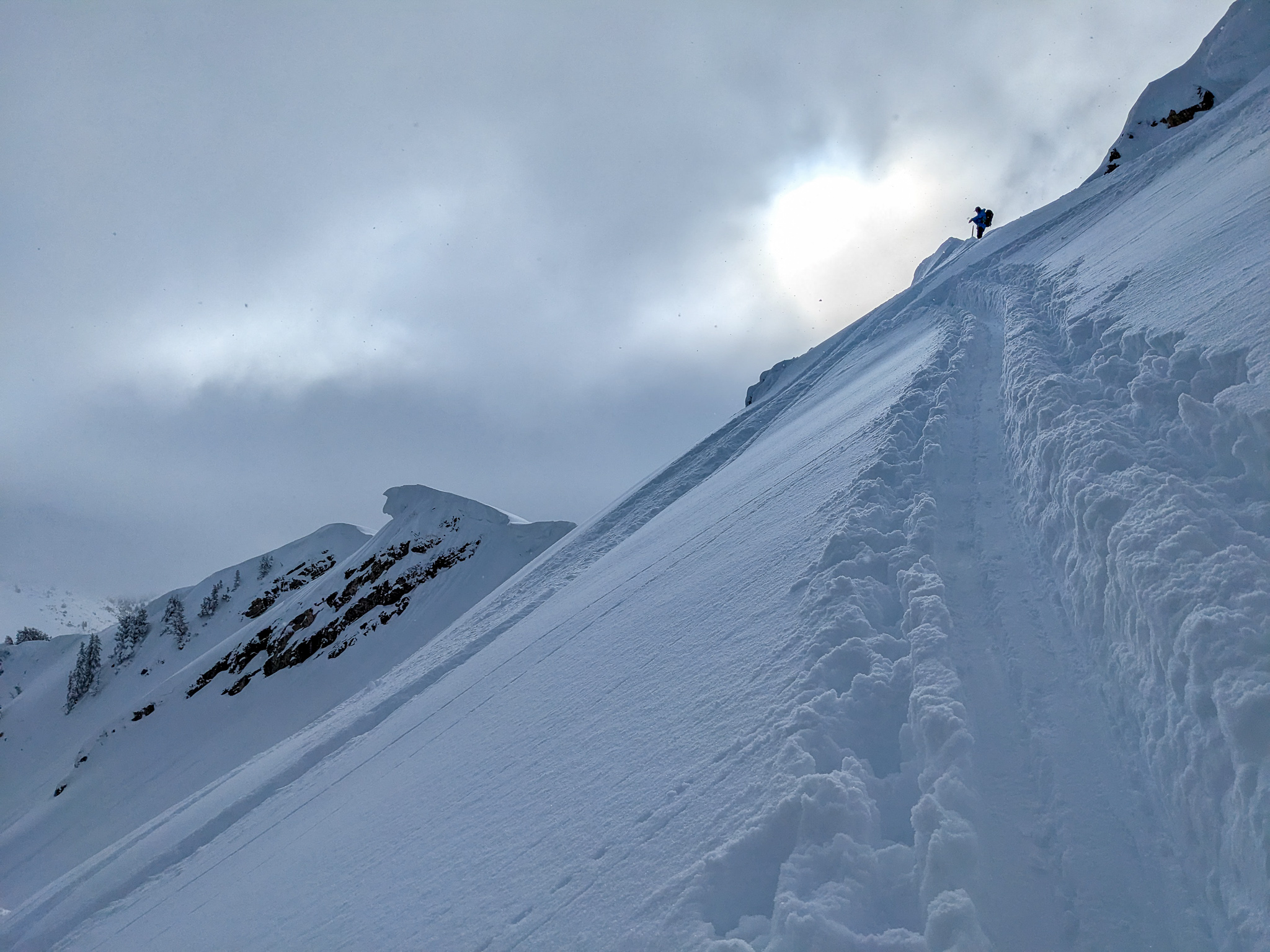 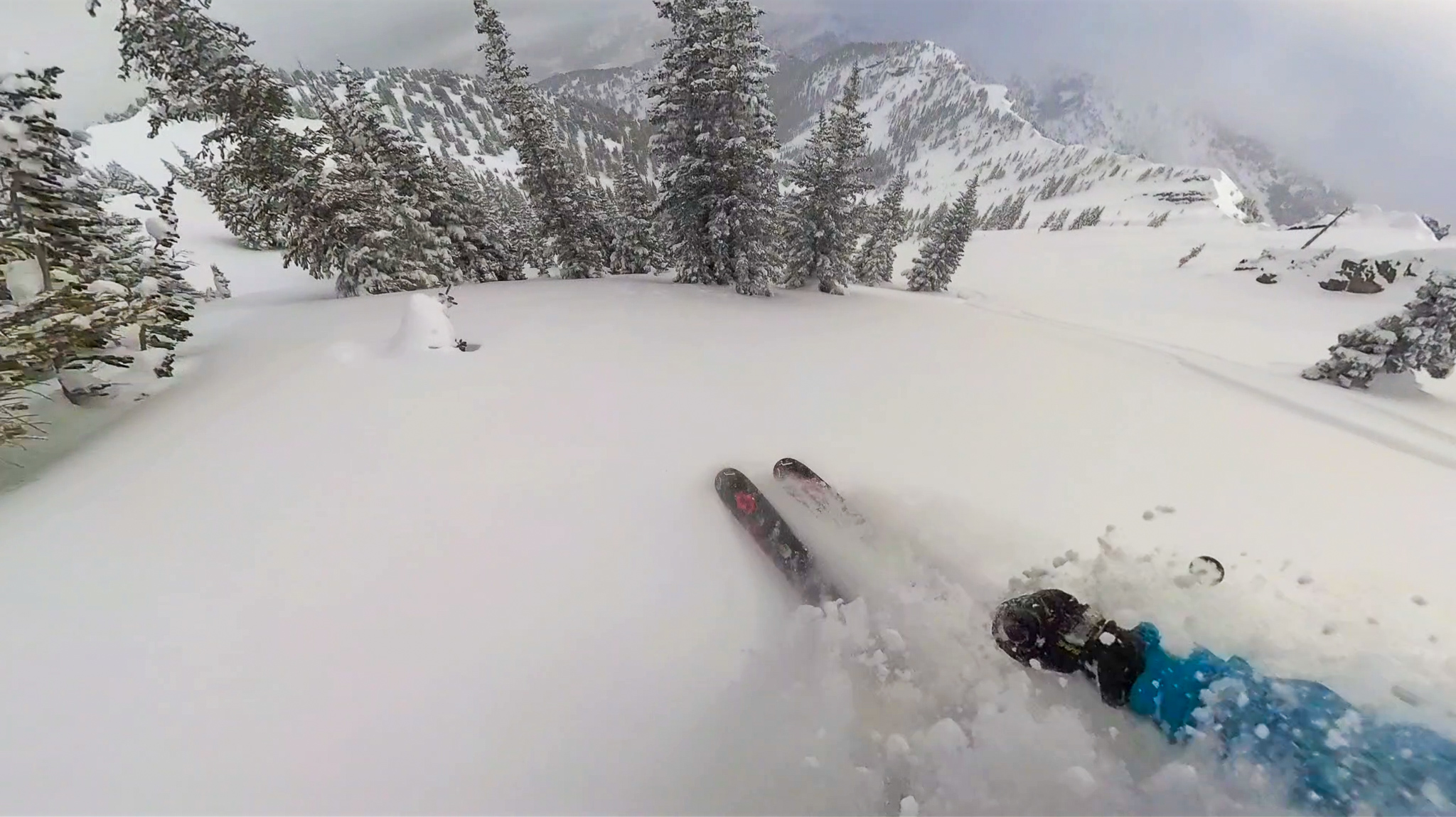 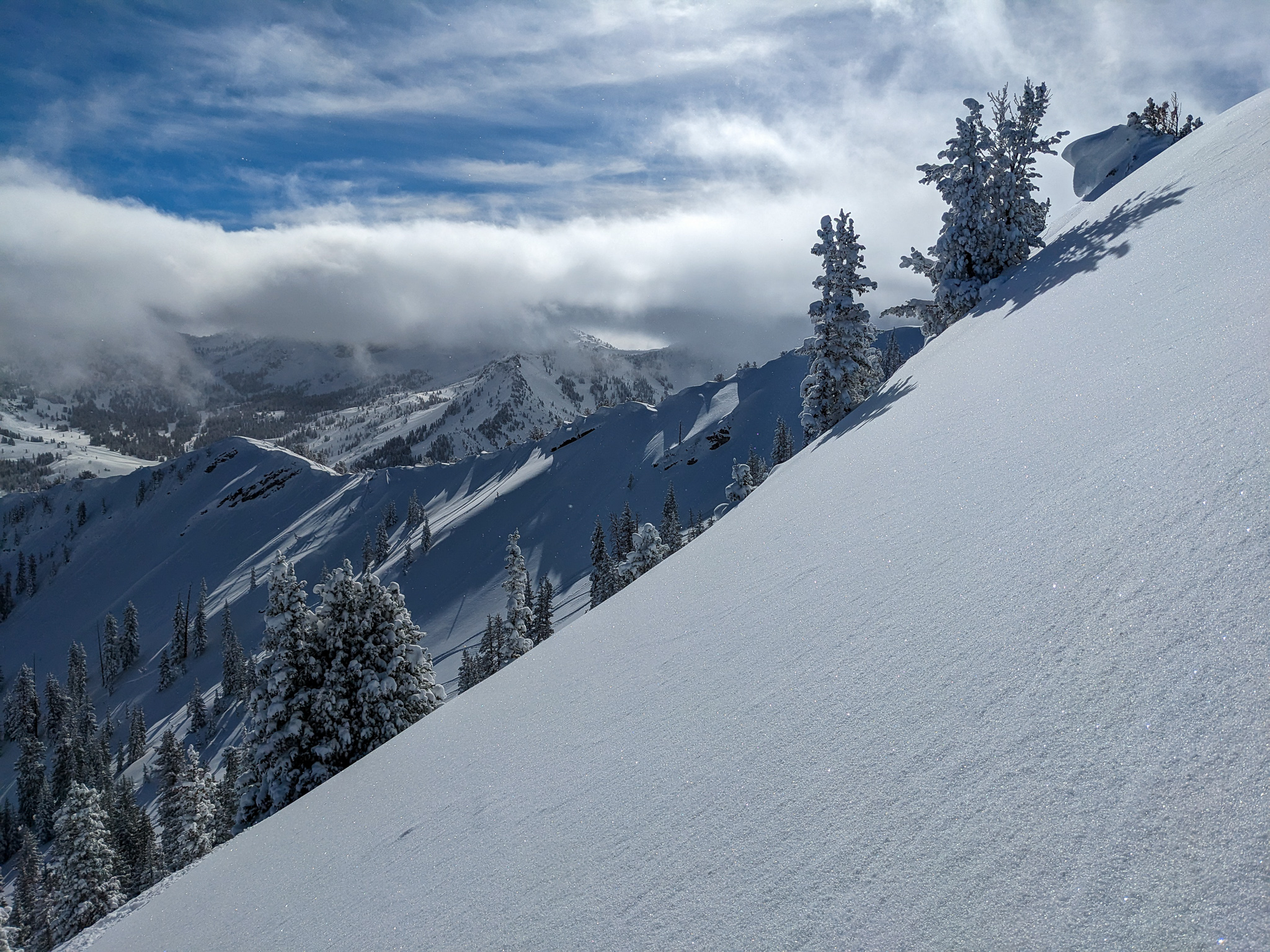 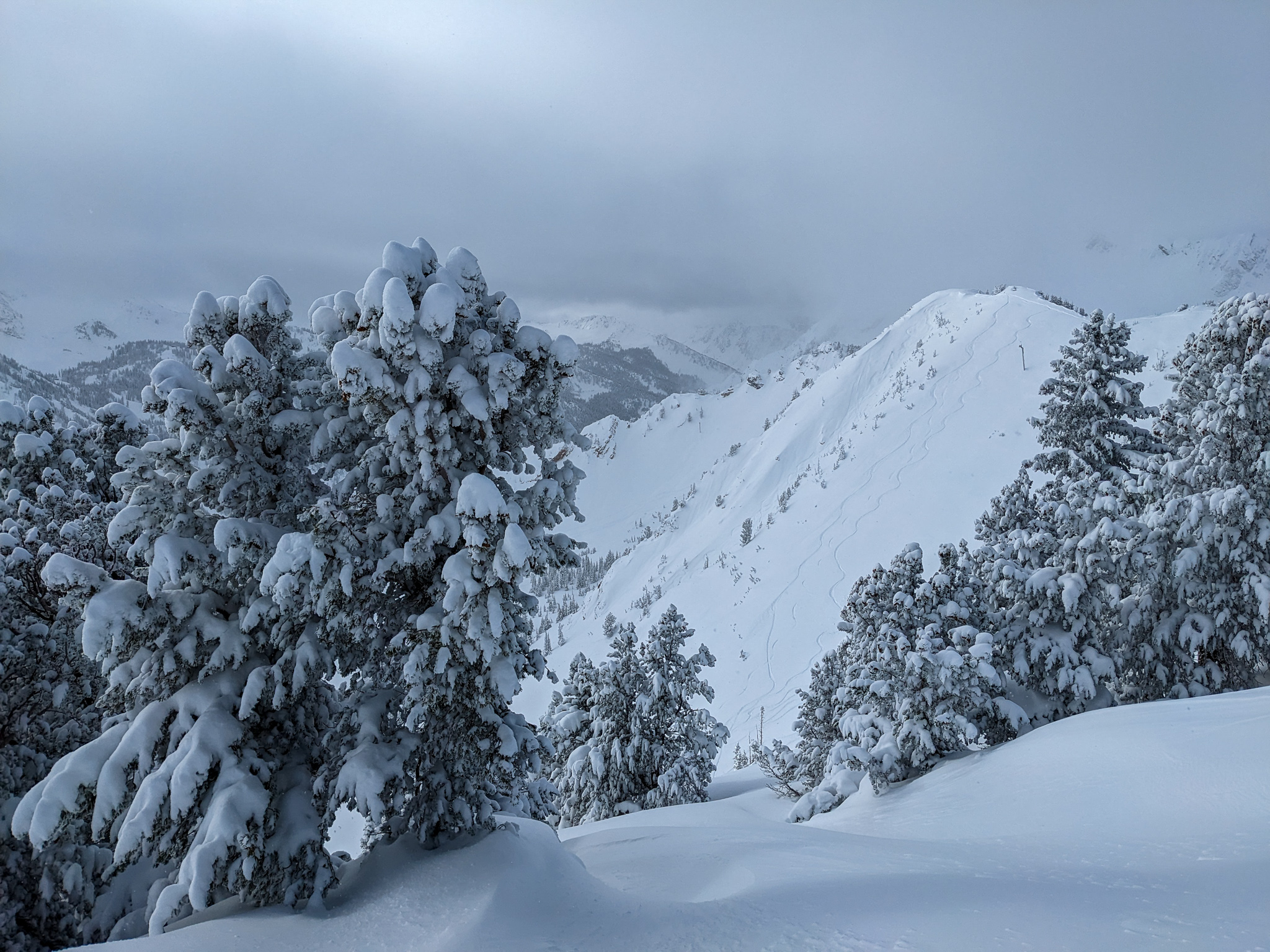 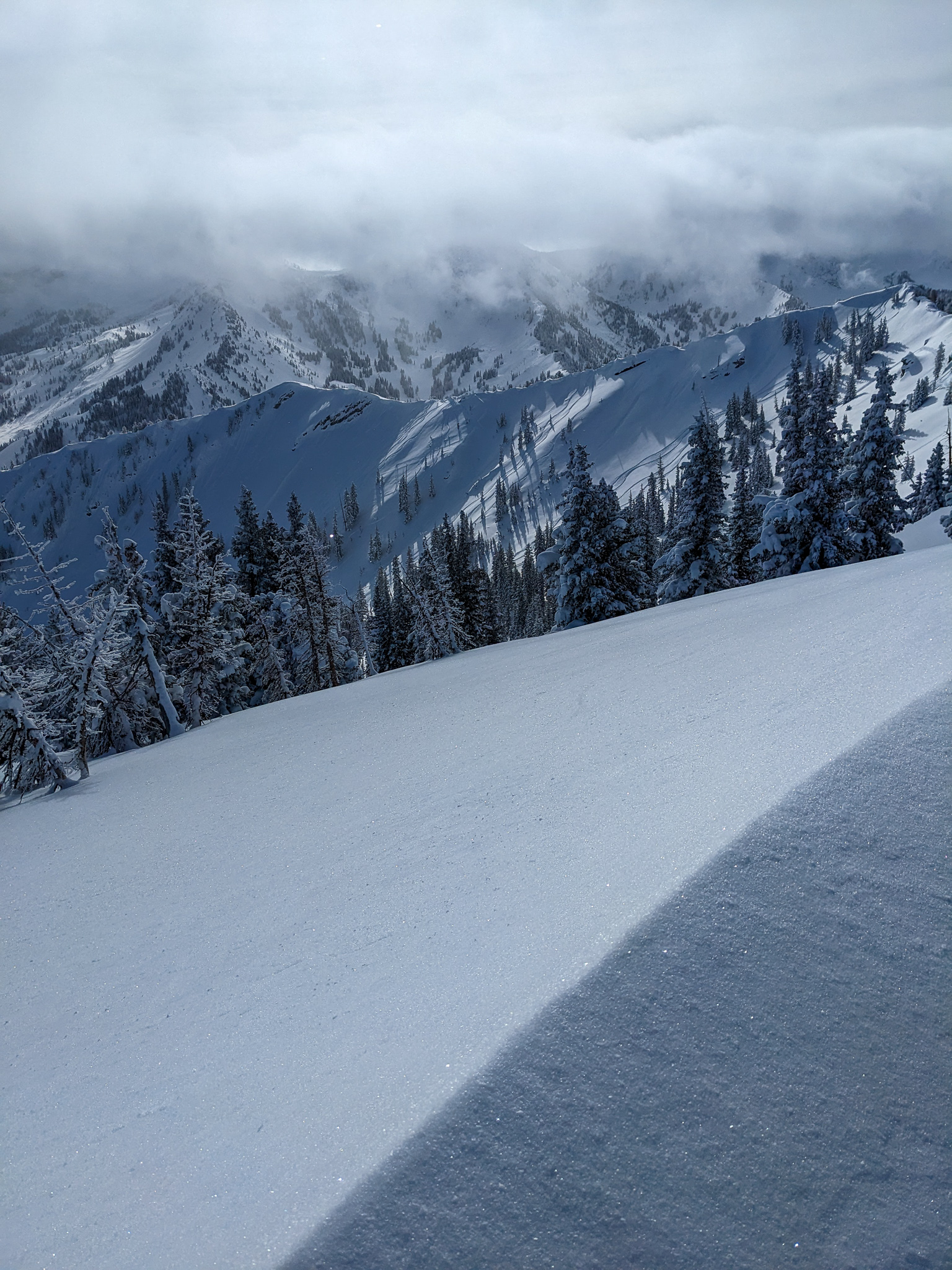 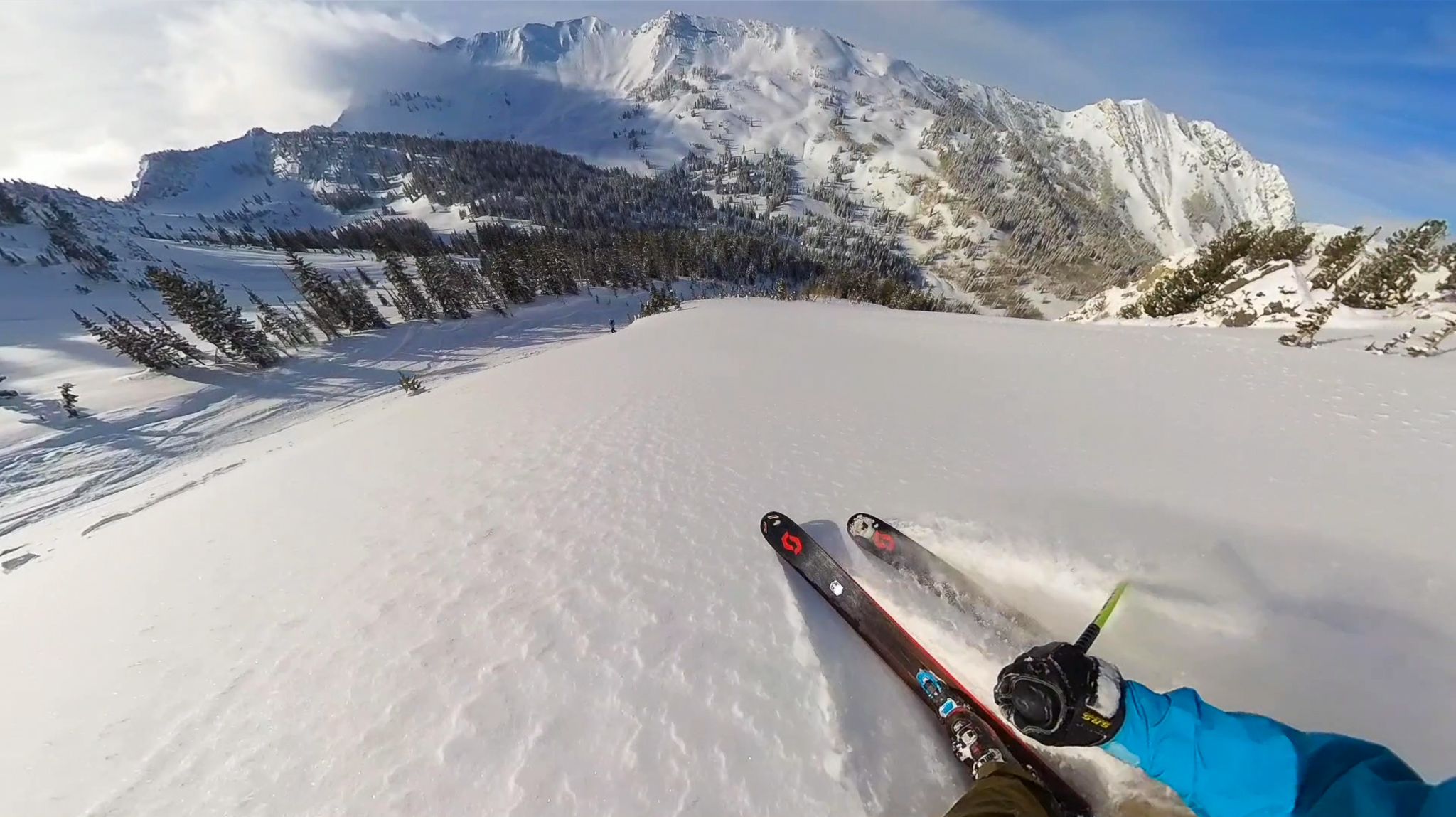 Miles on the apron of Hallway. image: snowbrains 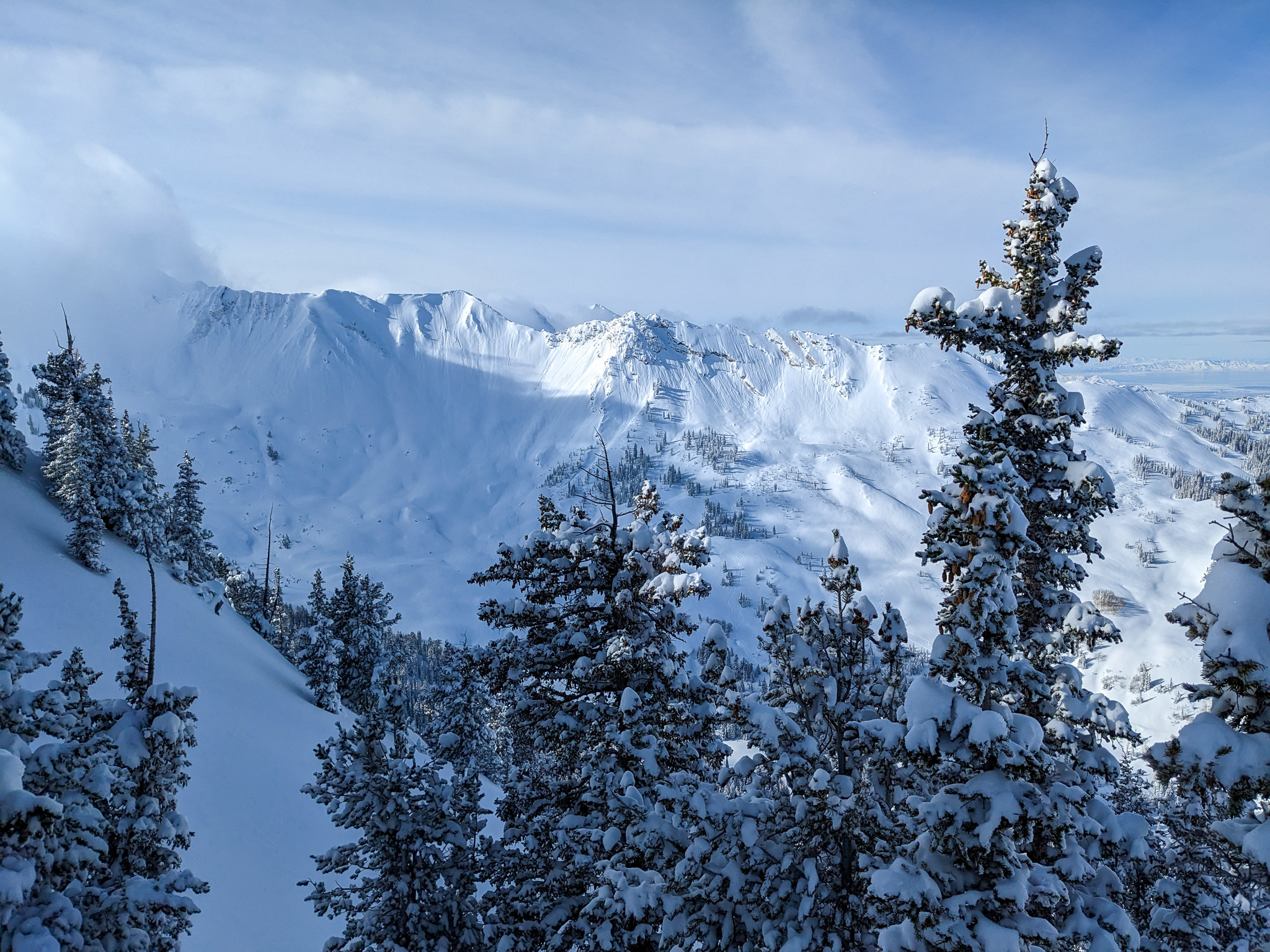 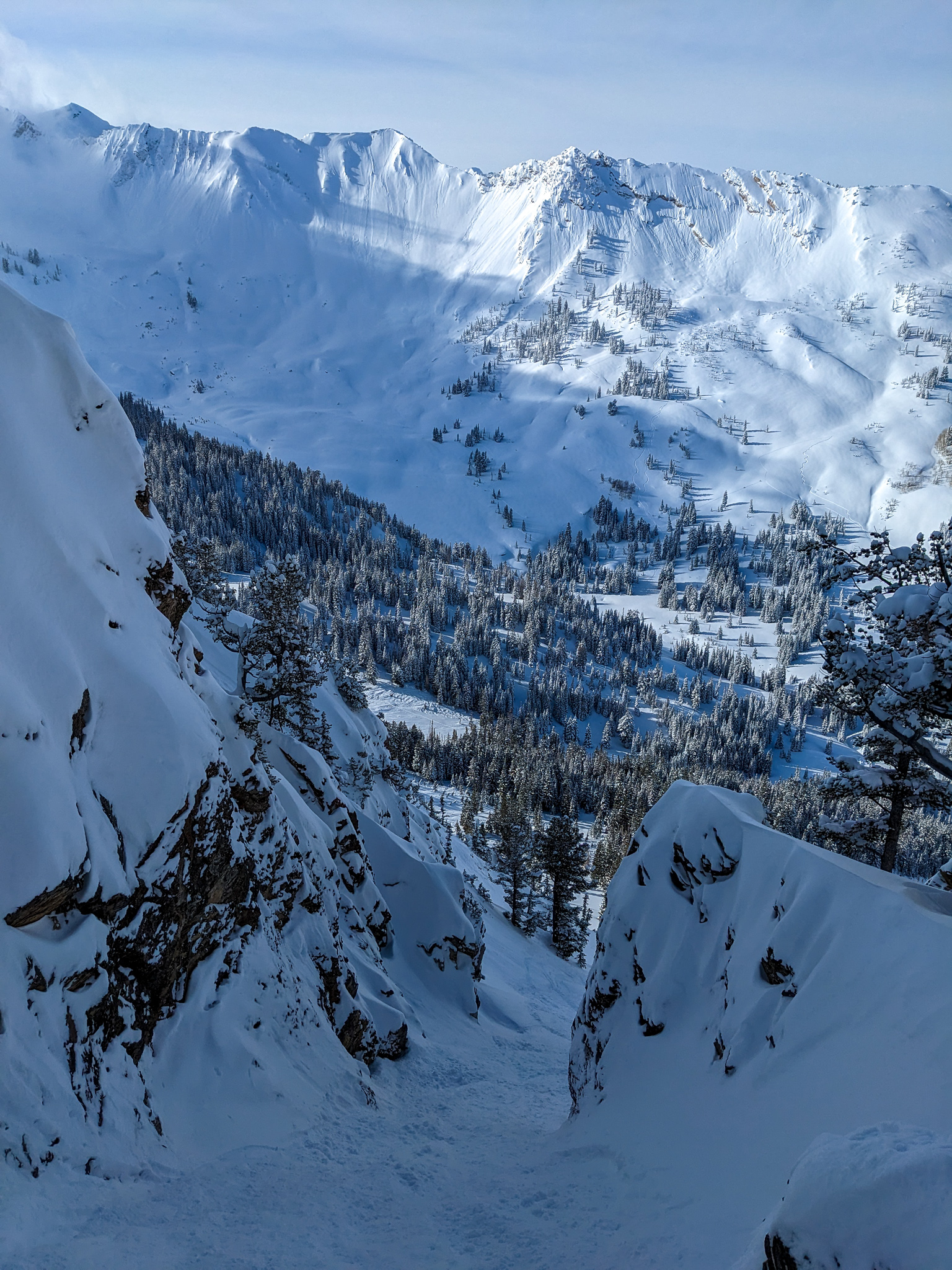 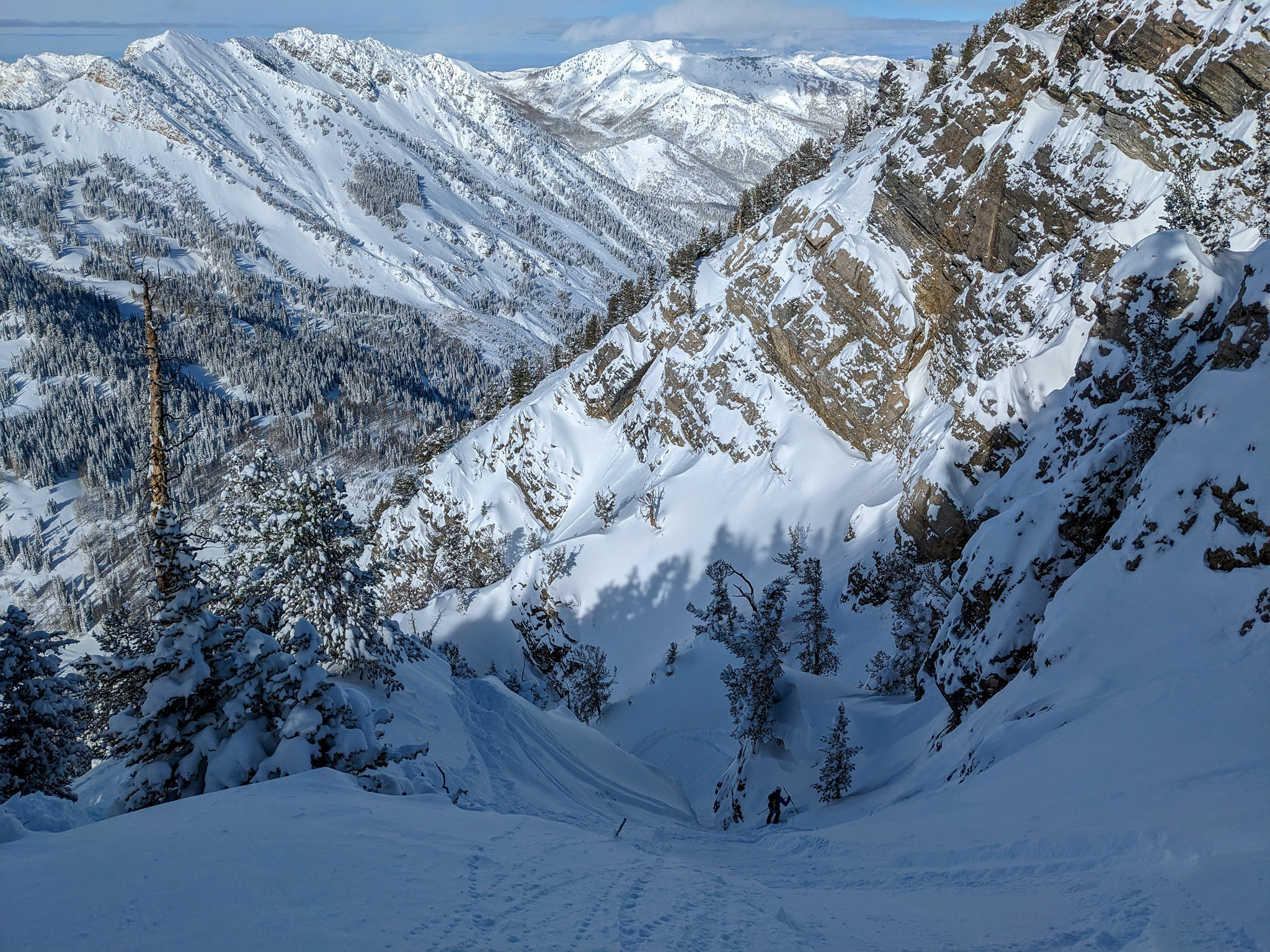 Jordan in the belly of the beast. image: snowbrains 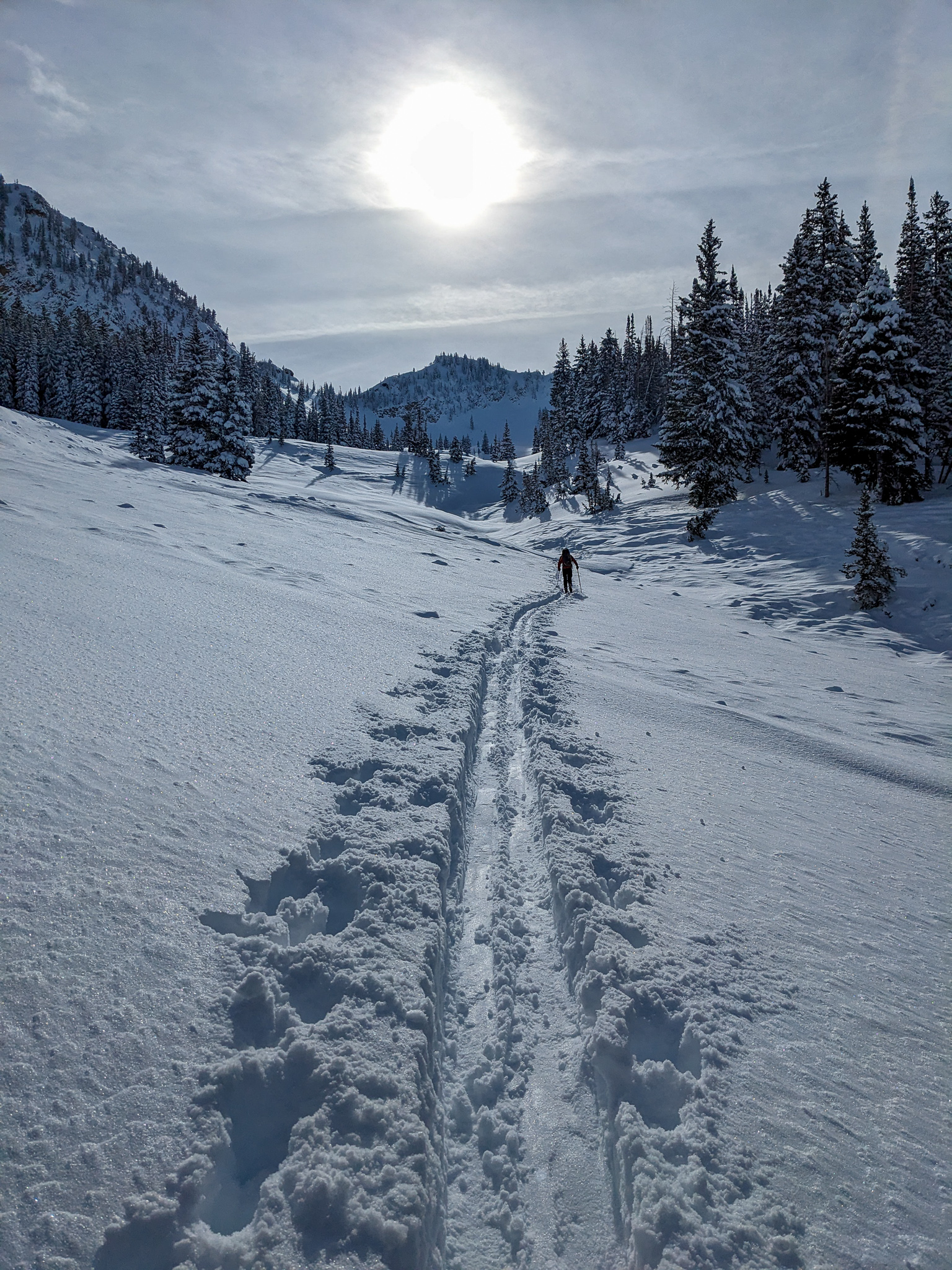 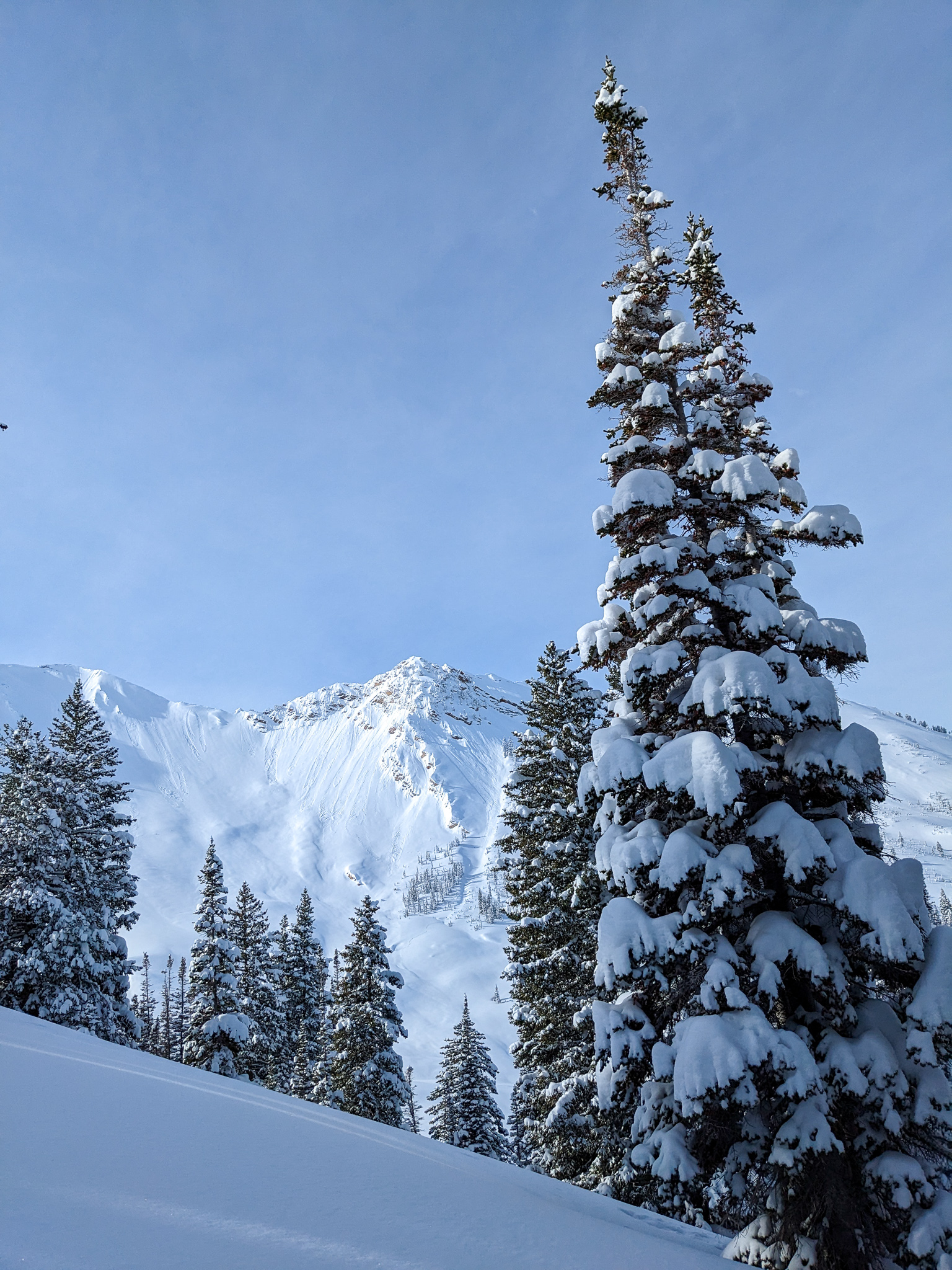 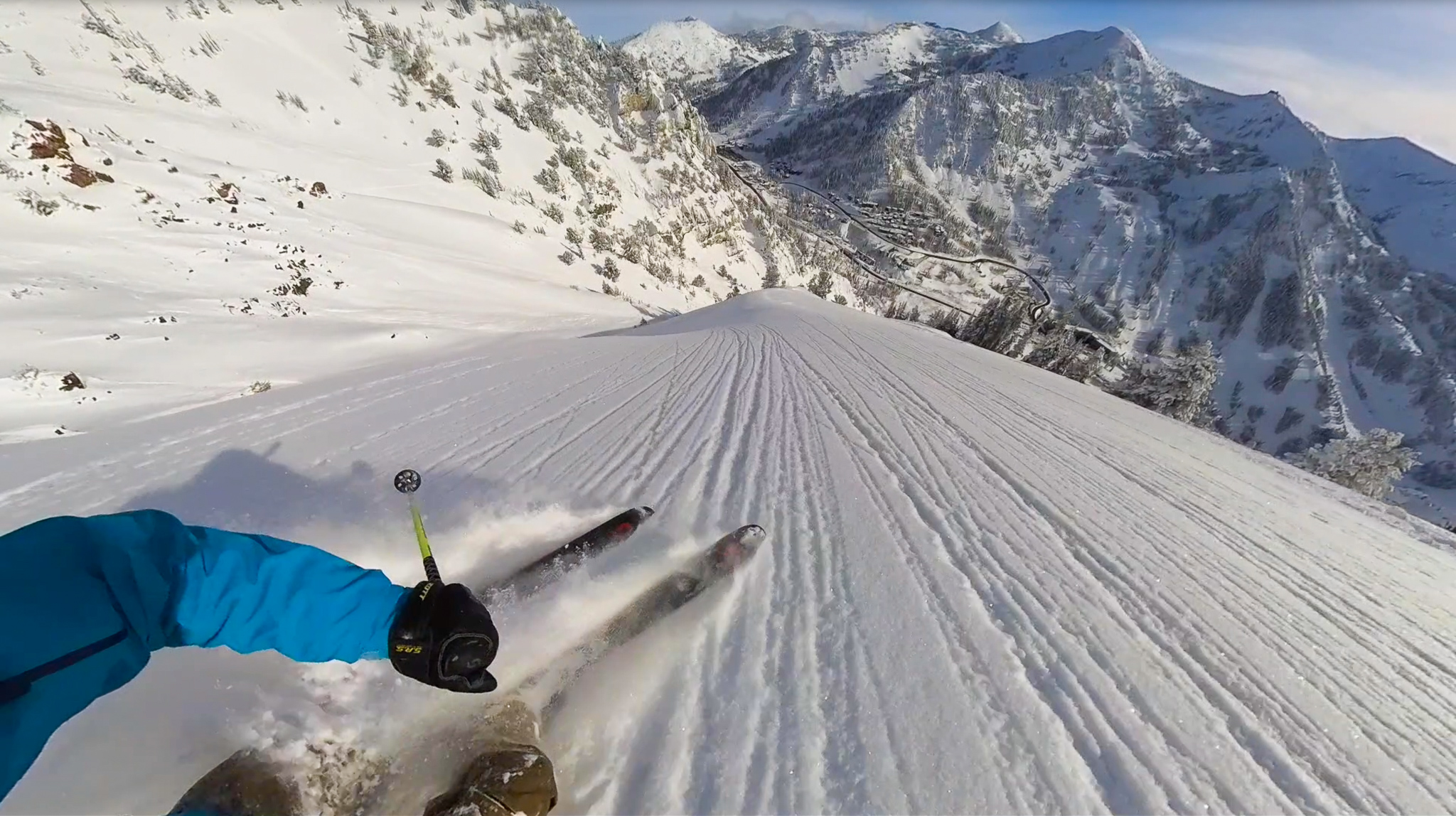 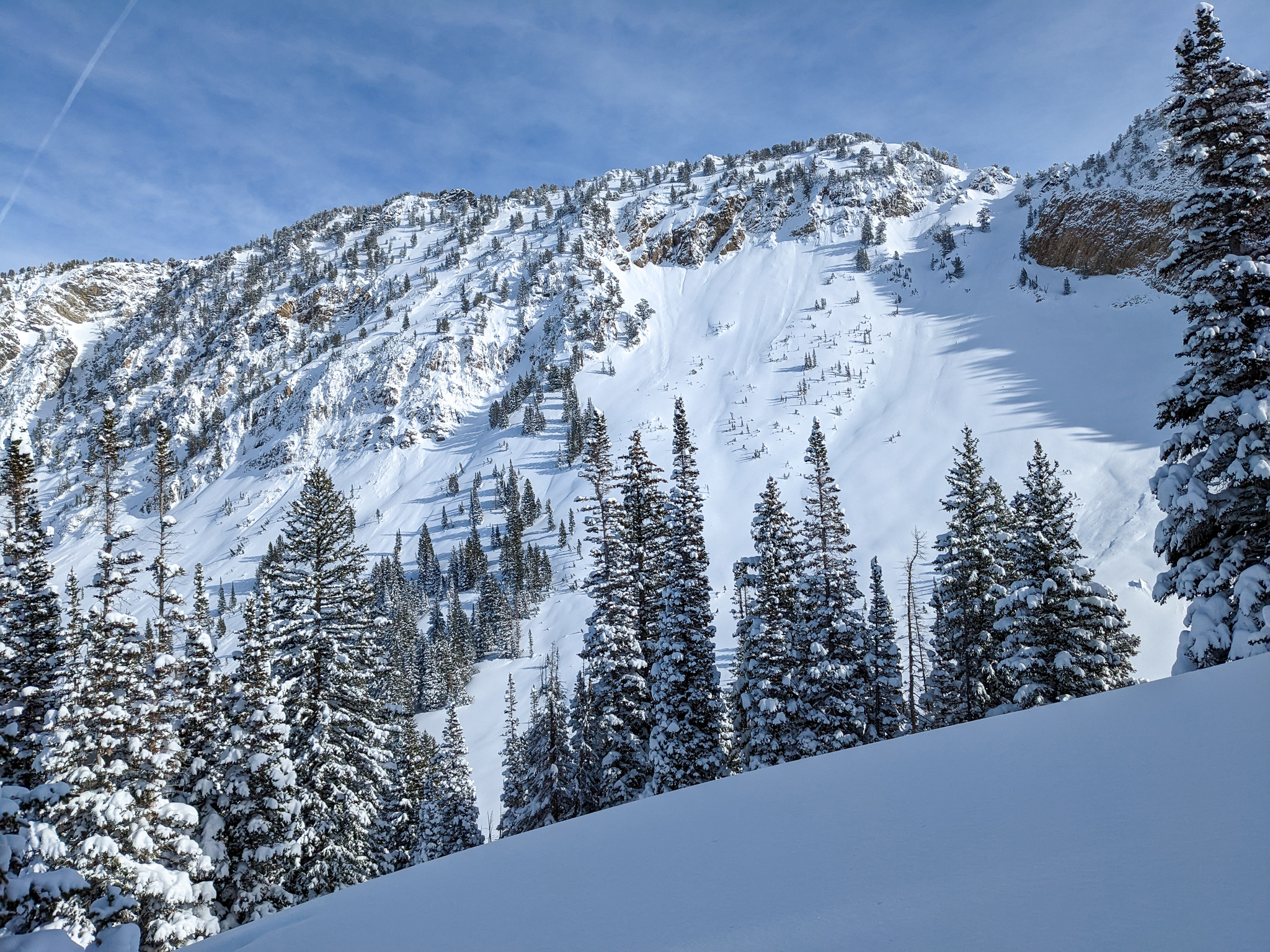 So much snow. image: snowbrains 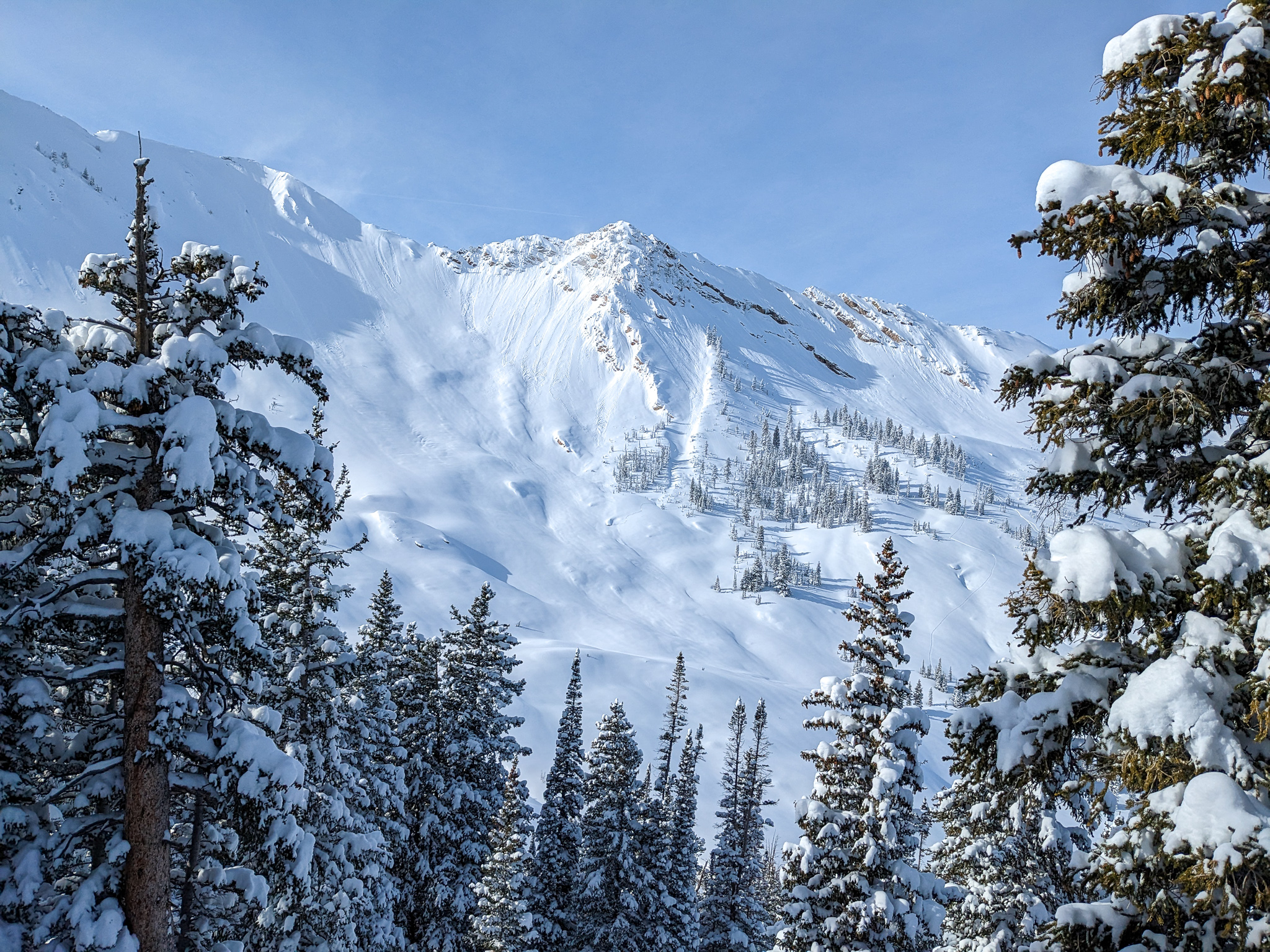 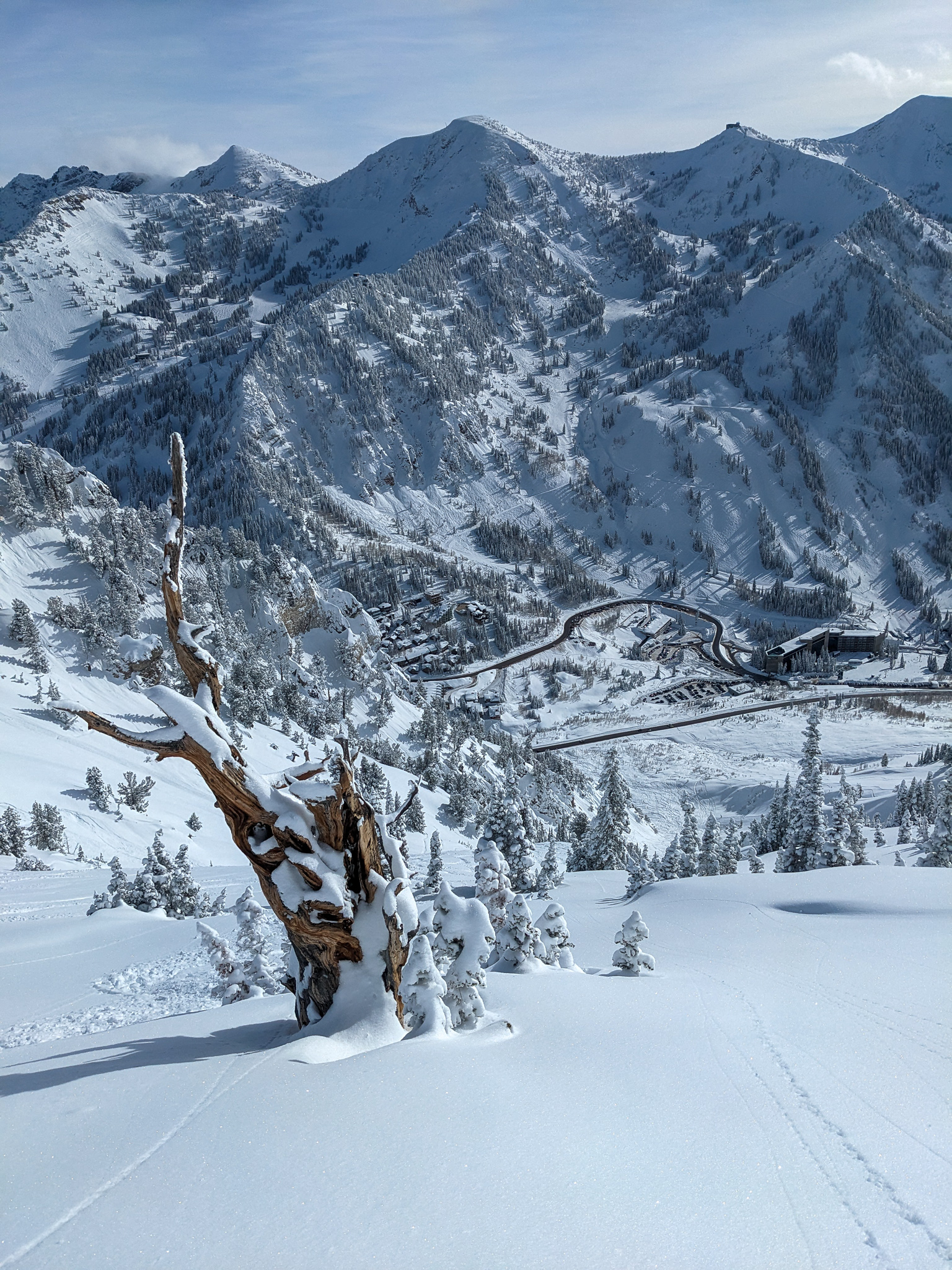 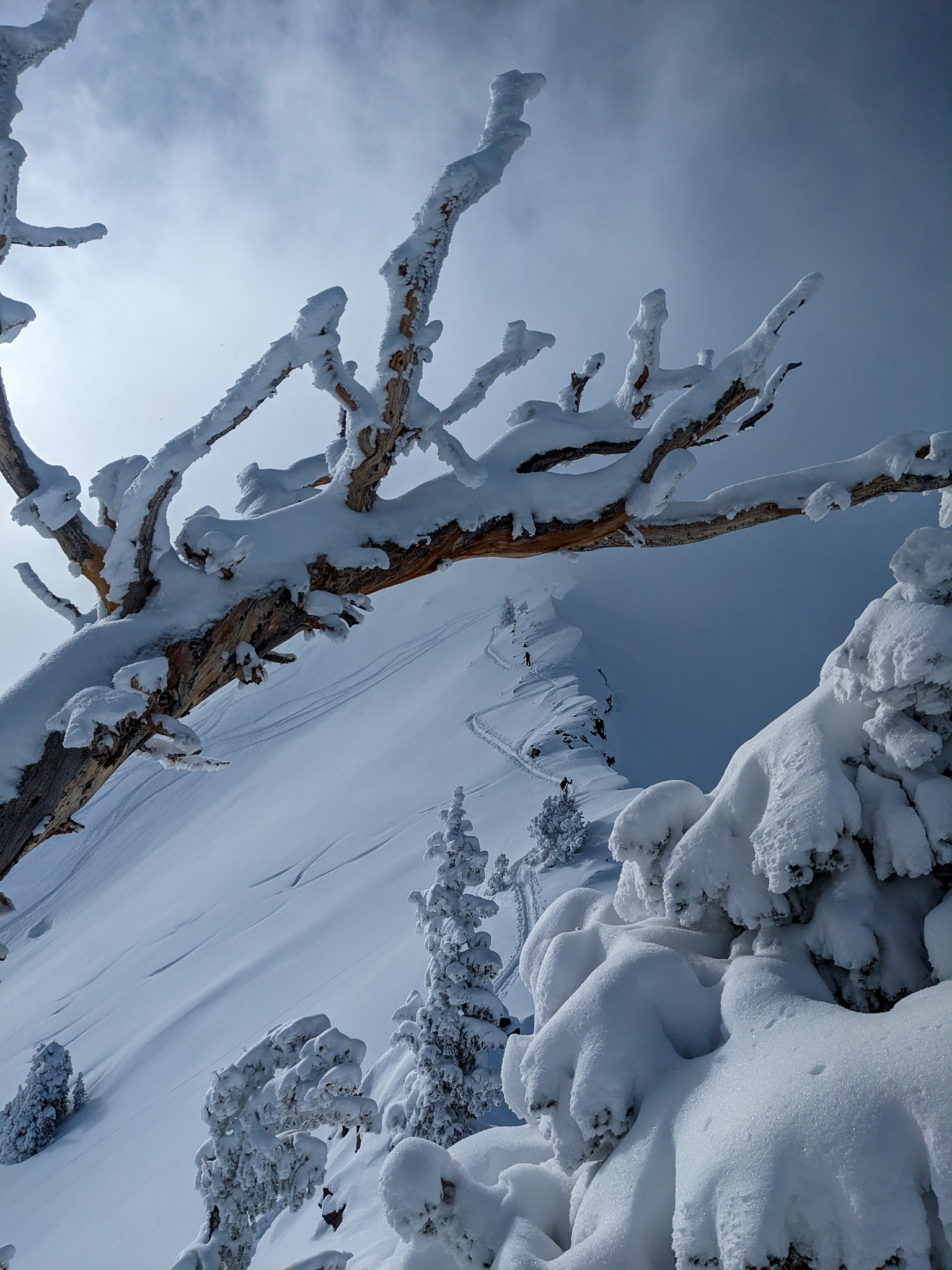