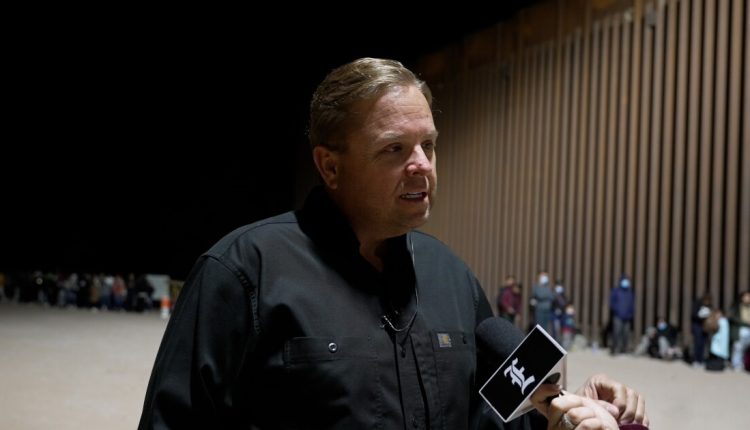 The Washington Examiner had an exclusive interview with Jonathan Lines, Yuma County supervisor and a former chairman of the Arizona Republican Party. He met us at the border at 3 am to show us where people enter enter into the United State through a gap in the border wall.

Yuma County Supervisor gives an exclusive interview to Washington Examiner at the border in Yuma, Arizona.

Lines, who was born and raised in Yuma, said the surge is draining the resources of both local and federal law enforcement in the region. While only 100,000 people reside in Yuma, 300,000 people crossed through here this year which is double the number of 180,000 the year before. The Yuma County supervisor also explained the complicated reason why this port of entry is seeing such a surge in people illegally crossing into the United States.